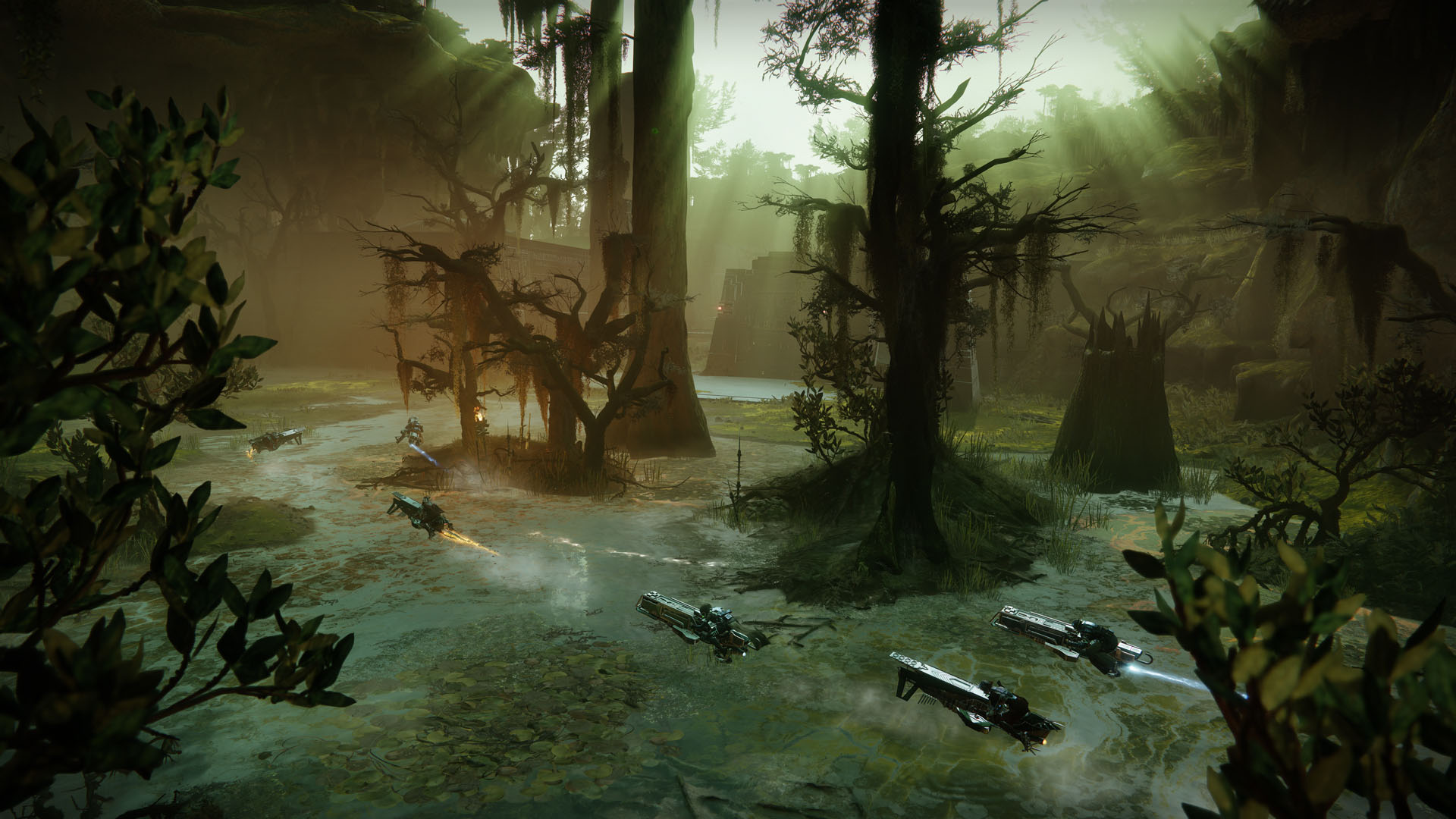 As you carve your way through the depths of an ancient Pyramid for a showdown against Rhulk in Destiny 2’s Vow of the Disciple raid, encounter completions aren’t your only source for raid gear. Hidden across Vow of the Disciple are two chests that can be opened once per week on each of your characters and contain a plethora of raid mods and Spoils Of Conquest. If you have raid armor or weapons obtained through finishing any of Vow of the Disciple’s four main encounters, these chests can also contain new rolls of the loot you own.

Finding these two secret chests is also required for one of Vow of the Disciple’s Triumphs, Secrets of the Sunken Pyramid, which awards players the Echoed Anger Shader. This Shader can be seen on the raid armor by default and features a crisp candy apple red paired with blocks of white and gunmetal gray that stands out among its recent raid Shader contemporaries.

Here’s where to find all the Vow of the Disciple secret chest locations in Destiny 2.

The first chest is found within the Disciple’s Bog, during the opening section of the raid. As you push the makeshift payload forward, different stops along the way toward the Pyramid will hide three destructible Resonant Shards. These three Resonant Shards, once destroyed, open up a door toward the end of this area where the chest is hidden.

Once the payload has begun moving, the first shard is found at the very first location you next arrive at. It’s nestled at the back of the swampy alcove directly to the left of where the machine will stop. As you approach it, a small UI element will hover over it and it will only take a few shots to destroy. The second shard is at the next stop, hidden on the opposite side of the partially sunken obelisk directly in front of the payload. The third and final shard is underneath the bridge at the area after. As you approach the bridge, you will see an area underneath it with all its archways barred but one. You can either shoot the shard through the bars or make your way inside through the one open arch on the opposite side.

With all three Resonant Shards destroyed, the door to one of the buildings directly in front of the payload’s next stop will open. After clearing out the Scorn Abominations that spawn, head inside and you’ll find the first secret chest.

The second secret chest is much deeper into the raid, found within the jumping puzzle section after the defeat of the Caretaker. There are three larger rooms with enemies during this section and the hidden path to the secret chest is after the second of these rooms. The window out of that room has two directions of jumping platforms to decide between. To get to the chest, you’ll be taking the set of platforms on the right side of the window.

Which platforms on this route are active is based on a toggle and you’ll need to work with a teammate to get through it. In the room is a floating metal shard that can be shot to change which jumping platforms are pulled out. Keep following the path along the right wall and working with a teammate in the room manning the toggle to reach a hallway of horizontal pillars to jump across. At the end of this hallway, there’s the second and final secret chest.

If you want to make life easier for your teammates following you, grab your loot from the chest and then jump down into the room directly beneath you. Reaching this room will stabilize the path and make all the jumping platforms available, rather than relying on a toggle that has to be controlled by a sacrificial Guardian staying behind.

To collect your Echoed Anger Shader after getting both hidden chests, simply click on the completed Secrets of the Sunken Pyramid Triumph to get your reward and start crafting your fashionably evil looks.