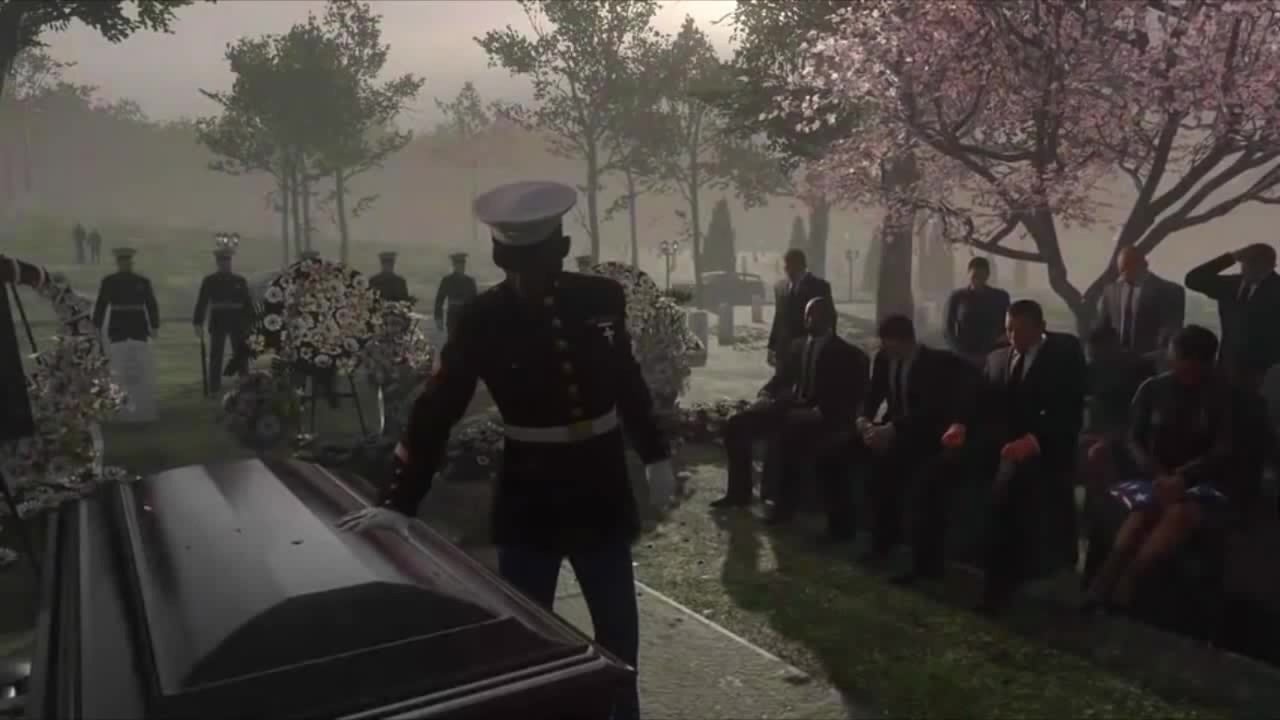 The Call of Duty franchise has generated plenty of memes in its long history. “Remember, No Russian” from Modern Warfare has been changed and shifted to create a host of popular memes, including “Remember, no pre-orders.” But that can’t hold a candle to the outlandishly popular “Press F to Pay Respects” meme from Advanced Warfare.

The meme has been used in a multitude of ways over the years. It’s most often used sarcastically when a speedrunner or streamer pulls off an epic fail, although there have been times when the use of “F” has been more sincere. Seeing “F” in a stream is now so commonplace, many probably don’t even know the meme originally came from a game.

Where exactly does this phrase come from in Call of Duty? And how can you find it?

Where does “Press F to Pay Respects” come from?

In 2014, Activision released Call of Duty: Advanced Warfare. The game provided fans with the usual array of features associated with Call of Duty games, including single-player campaign, multiplayer, and zombies. And, inadvertently, it gave birth to one of the biggest video game memes ever.

In the game’s campaign (which begins in 2054), you play as United States Marine Corps Private First Class Jack Mitchell, fighting off North Korean invaders as well as terrorist organizations that are trying to take down everything in their sight.

Toward the end of the first mission, Mitchell’s best friend, Private Will Irons, is killed in action. He gets his arm stuck in a vehicle that’s being blown up, but Irons pushes Mitchell away before it detonates. Irons saves Mitchell at the cost of his own life, while Mitchell loses his left arm in the process.

After you complete the campaign’s first mission, you attend Irons’ funeral. During this cutscene, the game prompts you to press a button to pay your respects for your fallen comrade.

In the PC version of the game, the F key is the chosen button, so a “Press F to Pay Respects” notification appears on screen.

The scene was heavily criticized, but content creators still found a way to create parody videos, draw hilarious comics, and, of course, make memes. So, the next time you see a Twitch chat flooded with Fs, just remember that everyone is paying their respects.