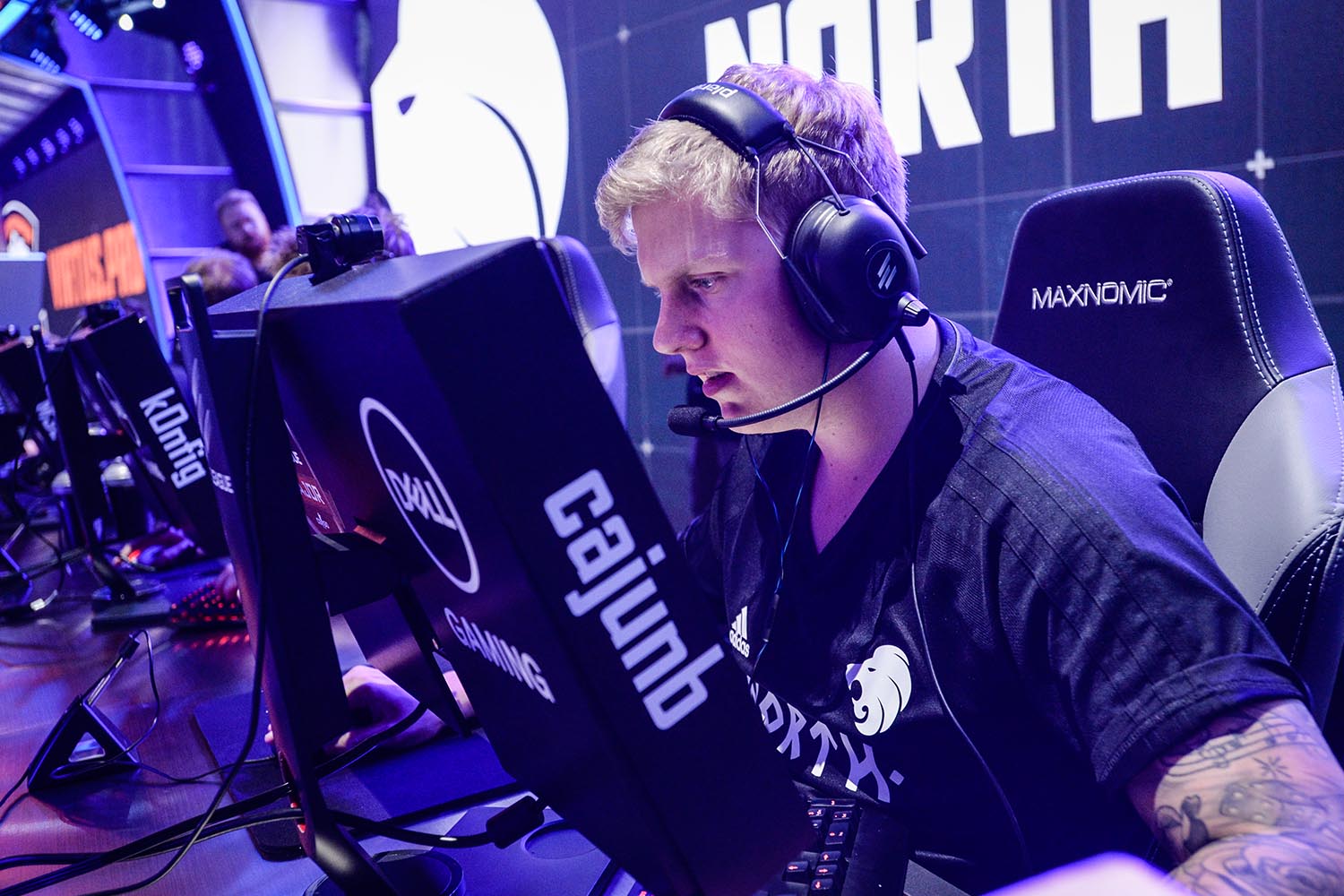 After a disappointing finish at the ELEAGUE Major: Boston, North has called up AWPer Daniel Mertz from its academy roster to replace René “cajunb” Borg on its main roster, the team announced via Facebook.

Until his benching earlier today, cajunb had been on the active lineup for over a year—since the former Team Dignitas players announced their signing with North on Jan. 3, 2017. Now, only Mathias “MSL” Lauridsen and Kristian “k0nfig” Wienecke remain as original active roster members.

Despite impressive performances throughout 2017, North proved to be too inconsistent to be considered one of the best teams in the world. There were definite highlights for the team, including their win at the DreamHack Open Montreal and grand finals appearances in the ESL Pro League Season Five Finals and DreamHack Masters Malmö. But the year also came with lowlights, such as their subpar placings at ESL One Cologne, EPICENTER, and the ESL Pro League Season Six Finals.

And with this year not starting off well at the ELEAGUE Major: Boston, where North finished top 16 after losing all three of their matches, it was time for a change. North’s director of esports, Jonas Svendsen, believes that the change was necessary for the team’s championship aspirations to be fulfilled.

“I would like to thank René for his hard work and dedication in the last year for North,” Svendsen said. “We know him as a consistent performer, a great teammate and a true professional, but we ultimately felt that we needed to make this decision.”

Mertz had been on the North Academy roster since April 2017, competing in dozens of events with the team. The 19-year-old Dane’s biggest tournament to date was last month’s DreamHack Open Winter, in which he played some of the top teams and players in the world.

He will get a lot more of that type of competition on North’s main roster. His first test will be the IEM Katowice Closed Qualifier, which begins on Feb. 3.