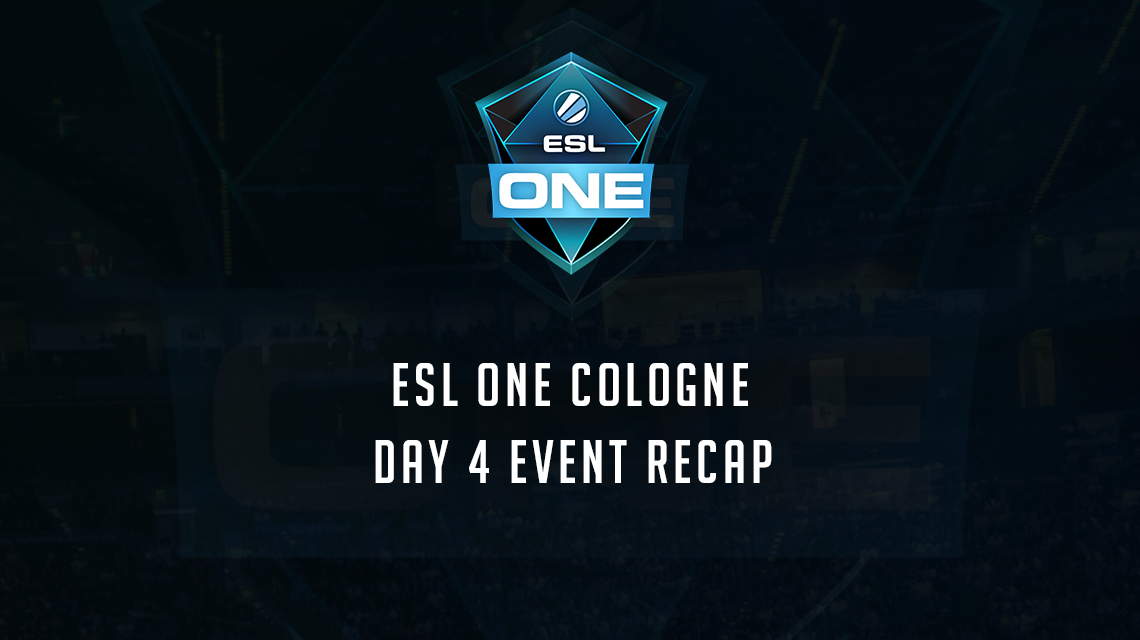 In the first day of the playoffs of the ESL One Cologne major, it was a day of hard fought battles as teams played to move onto the semifinals tomorrow.

Today was the first day of playoffs and all eight teams that made it had a taxing day ahead of them. Virtus.Pro, SK Gaming, Team Liquid Pro and Fnatic won their best-of-three matches to move onto the semifinals of ESL One Cologne.

Virtus.Pro and Astralis were the first teams up in today’s lineup and it wasn’t easy for either team. Both Overpass and Train were forced into overtime, but Virtus.Pro took the win 2-0 to move onto the first semifinal for tomorrow.

Perhaps one of the most anticipated matches of the day was between SK Gaming and FlipSid3 Tactics. This was the first time FlipSid3 made it to the top eight in a major and knocked out former continuous legends member Ninjas in Pyjamas. It was also the first time the former Luminosity team played under the SK banner at a major.

Mirage is known to be a great map for SK’s roster, so it was no surprise that the Brazilians took the map by storm. On the other hand, the first match of the day on Nuke came up. Nuke was pushed into overtime, but the defending champion roster on SK took the series with a 2-0 win to move on to face VP tomorrow.

The biggest upset of the day was when Team Liquid Pro overthrew Natus Vincere. This was the only series of the day to go to three maps.

As the North American and Slovak teams went head to head, Na’Vi took Train, the first map, with a 16-11 score. Team Liquid proceeded to take Nuke and Cobblestone from Na’Vi, with moral seeming to wane from the legendary team. Team Liquid moved on to the second semifinal of tomorrow with a 2-1 scoreline.

The easiest match of the day was Fnatic against Gambit Gaming. Gambit definitely played hard to get into the top eight, but Fnatic decided the team was going to move on. Fnatic let Gambit take a total of eight rounds in the two maps, Train and Cache, played in the final series of today and moved on to face Team Liquid tomorrow.

When analyst Janko “YNk” Paunovic commented on how to describe the match, he referenced one play on Cache as Olof “olofmeister” Kajbjer Gustafsson AWPed Rustem “mou” Tlepov at a well-known angle through smoke.

GET REKT! GET OUT OF THE SERVER! THIS IS @olofmCS‘s TURF! #ESLOne pic.twitter.com/fRMba3c8To

The top eight teams — Astralis, FlipSid3 Tactics Fnatic, Gambit Gaming, Natus Vincere, SK Gaming, Team Liquid and Virtus.Pro — have made legends status and will be invited to the next major. The next Valve major has not been announced.

Who are you rooting for to move onto the finals for the ESL One Cologne major? Let us known in the comments and make sure to follow us on Twitter, @GAMURS, for live coverage of this major and other esports events.