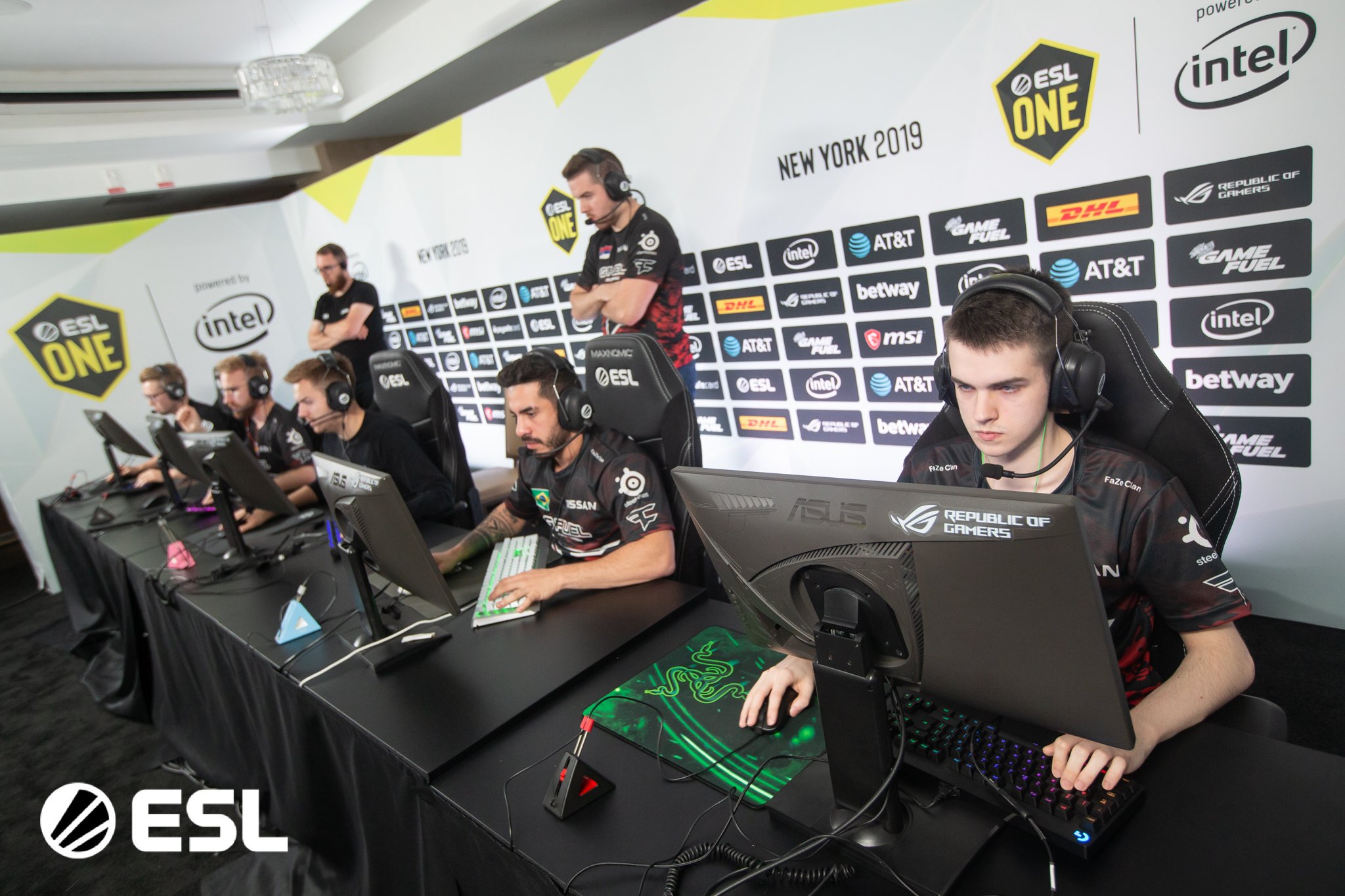 FaZe Clan’s recently-revamped CS:GO team was eliminated from ESL One New York today after losing to the dark horse of the tournament, OpTic Gaming, 2-0.

FaZe signed Marcelo “coldzera” David two days ago from MIBR. This was supposed to elevate the roster immensely because he’d be joining fellow star rifler Nikola “NiKo” Kovač. Both of them are considered to be two of the best players in the world.

But FaZe looked slow throughout the tournament. FaZe were unable to beat OpTic in a best-of-three series, proving that the leadership struggle is still apparent. FaZe failed to effectively execute on their Terrorist sides, losing multiple rounds to OpTic’s defense.

This could’ve been due to NiKo taking over the in-game leader duties. He isn’t accustomed to this role and it’s failed in the past. Now, history is seemingly repeating itself once more.

Although FaZe looked strong on Nuke, it wasn’t enough to defeat OpTic after they dismantled FaZe on their Terrorist side. The second map was Dust II, which was FaZe’s pick. But the Danes continued their dominant Terrorist performance, winning seven rounds in the second half.

OpTic will face off against the loser of either Astralis or Evil Geniuses later today in a Group B decider match.