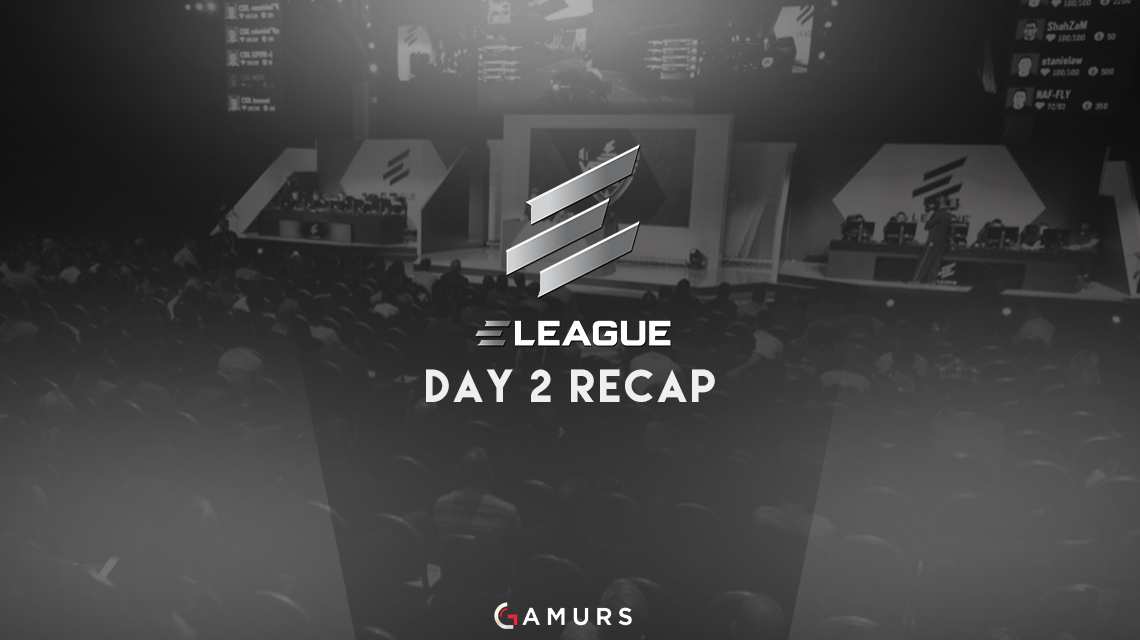 Day two of Turner and WME|IMG’s ELEAGUE Group E provided some stellar performances from the teams playing, as two of three matchups resulted in teams picking up two points.

The urge to push on is evident as the teams continue in the round-robin stage of the week. Tomorrow, teams will face off in the semifinals to see who plays in the 10 p.m. timeslot on TBS.

The day started off with a two-map match between mousesports and Echo Fox. Though Echo Fox did not win either of the matches, in both games the team pushed their score to double digits. Mousesports took the matchup 2-0.

The first map mousesports picked up was Cobblestone. Statistically, both teams played their best on the counter-terrorist side. Timo “Spiidi” Richter was a key component for mousesports as the team took the map 16-12.

It seems like the map of this week is Train, since teams have visited it quite a few times. Echo Fox looked strong and held control until the second half, when mousesports turned the game back into their favor. The German team allowed the North Americans two rounds in the second half, as mousesports took the game 16-13.

Next up was FlipSid3 Tactics and Natus Vincere. Ladislav “GuardiaN” Kovács seems to be back in form after a wrist injury, which seemingly made him struggle in the past few tournaments. Na’Vi won the match 2-0.

In the first half of Overpass, the game was extremely close. Denis “seized” Kostin was a strong player and key element for Na’Vi, as they won the map 16-8.

Train is known to be one of NaVi’s key maps, so many believed it would be the team’s map to take and they were correct. Na’Vi showed firm control on their terrorist-side to help pick up their second map. Ioann “Edward” Sukhariev proved to be a star player, as the team surged past FlipSid3 and Na’Vi took the game 16-6.

The last matchup of the day was between Echo Fox and FlipSid3 Tactics. Echo Fox has shown that its roster made up of hungry players, but so is FlipSid3’s. Each team won a map and picked up a point, as the match ended in a tie.

Echo Fox showed dominance on Nuke, which was reinstated into the competitive pool after a major update. The whole North American team showed up in this match to secure a 16-5 victory for Echo Fox.

Three losses in a row didn’t faze FlipSid3, though. On the first half of Train, the team picked up 13 rounds thanks to Georgi “WorldEdit” Yaskin’s stunning 31 kills. FlipSid3 finished the game off 16-2.

After today, which two teams do you think will make it to the finals broadcast on TBS? Let us know in the comments and make sure to follow us @GAMURScom on Twitter for live coverage and esports news.