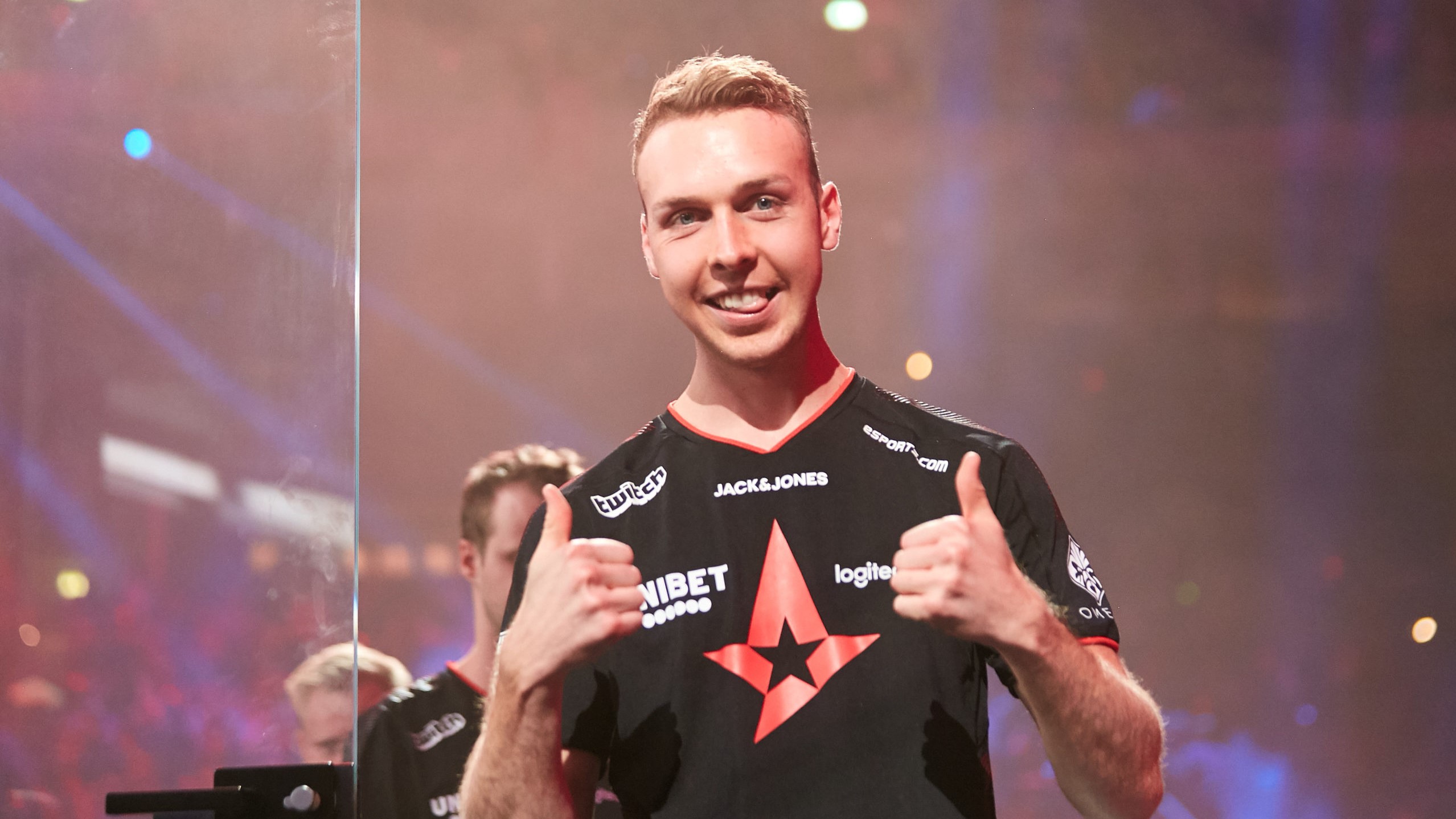 Astralis are currently undefeated at the $200,000 CS:GO event Elisa Masters Espoo following victories over SAW and Bad News Eagles today, despite not playing with dev1ce like almost every fan in the world was hoping for.

Dev1ce was signed in October following nearly one year of inactivity in Ninjas in Pyjamas, and many thought the superstar AWPer would debut under Astralis during Elisa Masters Espoo. The organization, however, wants to take some time before putting dev1ce back in play again. Astralis’ captain gla1ve also dismissed rumors dev1ce missed the tournament because he’s not playing well.

Astralis is playing its academy AWPer Kristoffer “Kristou” Aamand at Elisa Masters Espoo in place of dev1ce, in addition to once again fielding the academy rifler Mikkel “MistR” Thomsen. With the help of the young duo, Astralis beat SAW 16-11 on Dust II in the first round of Group B and upset Bad News Eagles—the team who eliminated FaZe Clan from IEM Rio Major—on Mirage (19-16) in round two.

Kristou and MistR were not the stand-out players for Astralis at the LAN tournament in Finland, though. The star rifler Benjamin “blameF” Bremer was the one that excelled in both matches as he put carrying performances against both SAW (27 frags) and Bad News Eagles (36 frags).

Astralis will need more of blameF to keep their win streak at Elisa Masters Espoo. The Danish team will face Fnatic, 500, and Complexity throughout the rest of today.