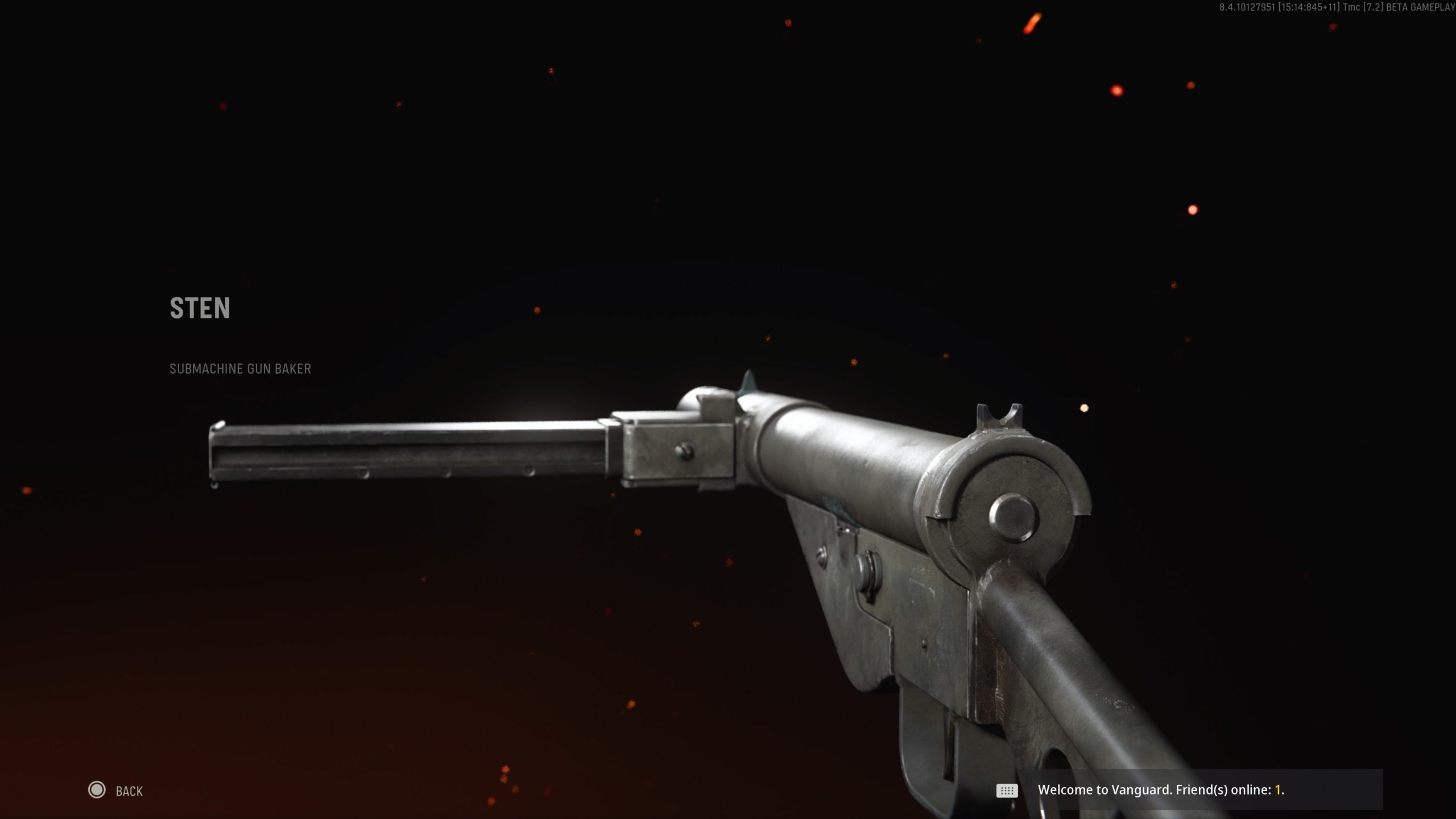 In a war that spanned the globe, it’s no surprise that the guns throughout World War II came from all over the place. And because of this, they featured many different designs and unique ways to take down foes.

In Call of Duty: Vanguard’s WWII setting, many of the classic weapons from the past make a return, including the MP-40, STG44, BAR, and one of the most unique-looking guns from that time period, the Sten submachine gun.

The Sten is a blowback-operated submachine gun that was used by British special forces in World War II and even later on in the 20th century in the Korean War. It’s unique in that it loads its magazine from the left of the gun instead of the bottom.

Run-and-gun SMG players could find some fun in the Sten. Although it pales in comparison to the MP-40, there’s some enjoyment to be found in the Sten’s fun aesthetic, even through its varying strengths and weaknesses.

Here’s the best way to load up your Sten in CoD: Vanguard multiplayer.

The Sten excels up close, so let’s accentuate its strengths with this loadout that turns it into a bullet hose you can spray inside of buildings and close-quarters areas. It’s not ideal to use this SMG on larger maps where range is key, so throw it on your favorite run-and-gun class.

These attachments will help the Sten with its accuracy while also helping you maintain fire on groups of enemies. It will also simultaneously get rid of the Sten’s ugly default magazine that protrudes out of the left side of the gun, replacing it instead with a drum.

Reining in the Sten’s recoil control will be key, too, as even up close it kicks like a mule. This loadout will up its recoil control by a good amount and also help you with hip fire, which comes in handy in many up-close engagements in Vanguard.