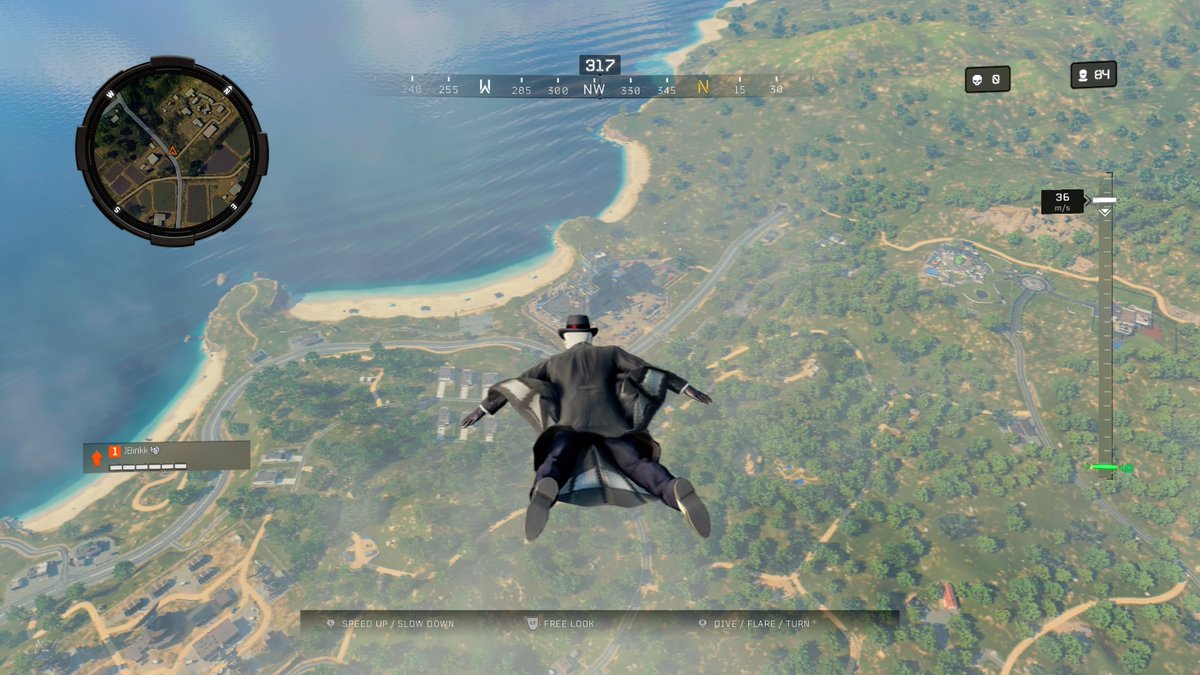 Battle royale fans have another great game to play following the release of Call of Duty: Black Ops 4.

Blackout, the first battle royale mode in the Call of Duty franchise, has a bit of everything for fans of this popular genre. The mode features the largest map in Call of Duty history—and it also includes parts of some of the most iconic multiplayers maps from the franchise.

But since there are so many great places to explore on the Blackout map, it can often be tough to decide where to drop at the start of a game. Here are some of the best places to land in Black Ops 4’s Blackout.

Firing Range is one of the popular multiplayer maps that has been remastered in Black Ops 4 and added to Blackout. This location is essentially right in the middle of the Blackout map, which makes it one of the most highly-contested landing spots in the game.

If you land at Firing Range, you’re going to want to find a gun quickly because there’s a good chance that a lot of other players landed there with you. There are several buildings that you can loot inside of Firing Range, so try to safely land and find a weapon as soon as possible.

Nuketown Island is another heavily-populated area in Blackout. Even though this spot is off by itself on the western part of the map, a lot of players still choose to land here because there are plenty of houses to loot.

Similar to Firing Range, you’ll want to make sure to land quickly and find a gun as soon as possible. There’s also an underground bunker on this island that can contain even more goodies—if you’re quick enough to get down there before someone else.

Rivertown is a big area with a wide variety of buildings that contain tons of loot. It’s also close to the middle of the map, so you’ll be able to quickly react to the circle’s location and plan out your next move.

Since there are so many buildings in Rivertown, there’s a good chance you’ll get to loot an entire house by yourself. But make sure to be careful when you move on to another building—there could be a fully-looted opponent just waiting for you to enter their crosshairs.

Construction Site is a huge area in the northwest corner of the map. Instead of having many buildings like the previously-mentioned landing spots, Construction Site has one large tower with multiple levels. And each floor contains a lot of loot.

A decent amount of players will land here, but there’s enough separate levels of the structure for you to loot up quickly before getting in a confrontation. Just make sure not to jump off of the building, because you’ll most likely take lethal fall damage.

Compared to the other locations on this list, Turbine is an extremely low-key landing spot. There are several large warehouses with plenty of loot—and if you’re lucky enough, you could get all of these buildings to yourself if you’re the only person to land here.

Turbine is situated on the far southeastern portion of the map, so you’ll generally have a long run toward the first circle. But if you get fully loaded with great loot, you’ll be a powerful foe once you make it out of this area.

Cargo Docks is another relatively-quiet landing spot that provides plenty of opportunities to get some good loot. It’s almost in its own little corner of the map, but popular spots like Nuketown Island are nearby.

One strategy we like to use (depending on the circle’s location) is to land Cargo Docks, loot up, and then take a Tactical Raft toward Nuketown to pick off any stragglers. Most players at Nuketown generally aren’t paying attention to the surrounding water, so you can sneak up behind some enemies and pick up a few kills.

We’ll update this article if new areas are added to Blackout or if other places improve.