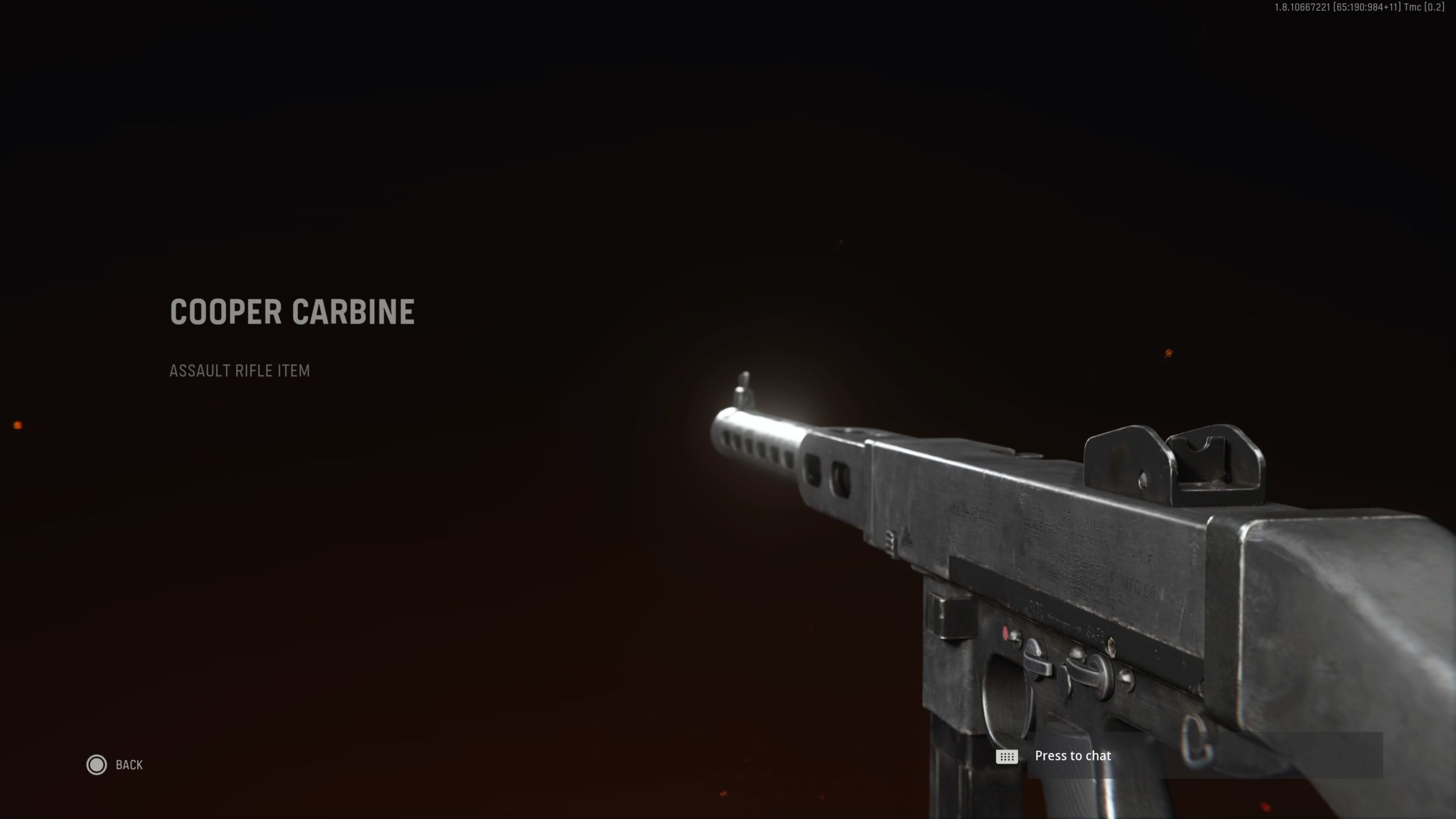 Season one of Call of Duty: Vanguard is finally here and it’s brought some new toys for Gunsmith masters to have fun with.

The first new gun added to Vanguard after launch, the Cooper Carbine, is an assault rifle that should immediately find itself in loadouts for players online. It could even find success in Warzone with the right set of attachments.

In-game, the Cooper is described as “an American hybrid rifle with SMG-like properties” and as “a short-range Assault Rifle that’s easy to control with a fast fire rate.” It’s true, the Cooper does not excel at longer ranges, but it shreds up close and at mid-range.

The Cooper might have its struggles at first, especially during the early entries of the leveling process. But once you get some attachments on this thing to buff its damage, range, and accuracy, it’s fun to run and gun with.

Here’s the best set of attachments for the Cooper Carbine in CoD.