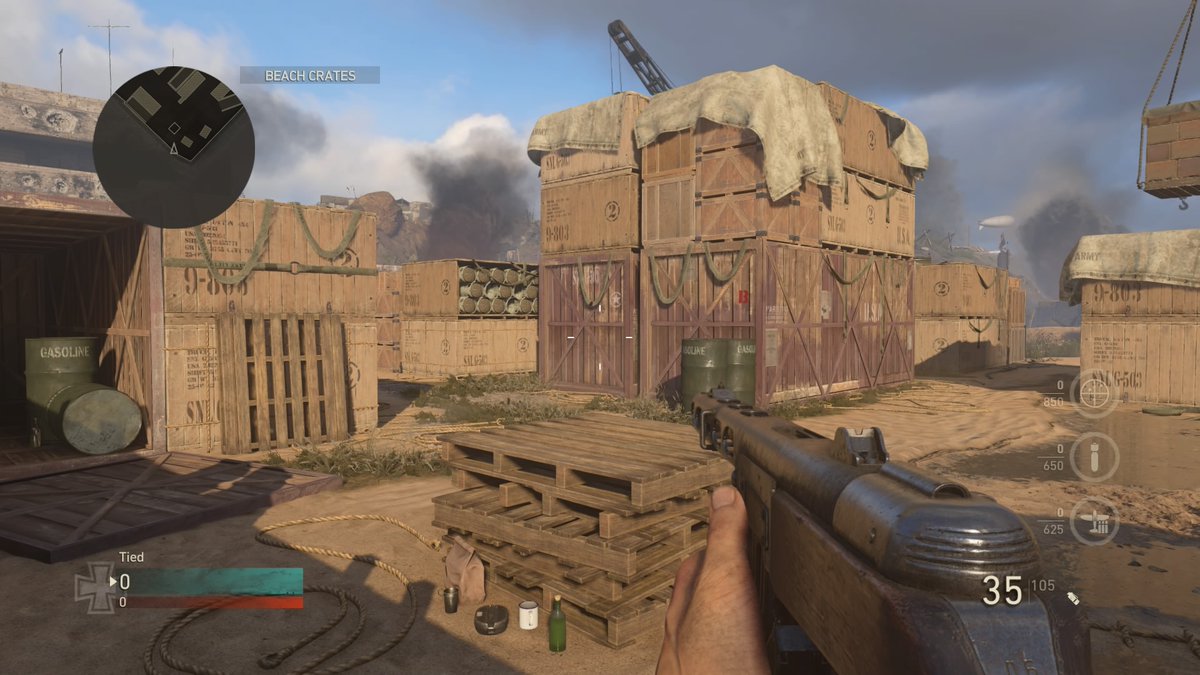 One of the most popular maps in Call of Duty history was recently remastered and added to the franchise’s latest title.

Shipment 1944—a remake of Shipment from Call of Duty 4: Modern Warfare—was introduced to Call of Duty: WWII last week, and most fans are thrilled to play on this map once again.

Related: Shipment 1944 is now live in Call of Duty: WWII

But newcomers to the Call of Duty franchise, or anyone who never played CoD4 or Modern Warfare Remastered, might have a few questions about Shipment 1944.

Here’s everything you need to know about WWII’s newest map.

Shipment is one of the smallest maps in Call of Duty history, so obviously, Shipment 1944 follows suit.

The map is essentially a tiny square with shipping containers and other assorted items spread across it. There are also some containers in the middle of the map that form a cross-shaped pathway, as well as open containers that you can hide in or walk through along the border of the map.

Due to the map’s size, you really don’t have much time to decide where to go once you spawn in. You basically have to react to your minimap and instantly prepare to get in a gunfight—which is why it’s so important to have the right weaponry for Shipment 1944.

Shipment 1944 almost exclusively features close-quarters engagements because it’s so small. This means that submachine guns and shotguns will be the ideal choice of weapon on this map.

A good starting point would be with the PPSh-41. As the strongest SMG in the game, the PPSh is a perfect pick for Shipment 1944. Throw on the Grip and Quickdraw attachments and you’ll be ready for almost any gunfight. Other popular weapon choices could include the MP-40 or M1928 SMGs, as well as the Combat Shotgun.

Grenades are extremely popular on Shipment 1944, so we strongly recommend using either the Armored Division or the Hunker Basic Training—both of which reduce the explosive damage you take. The Primed Basic Training—which reduces flinch and allows you to equip an additional primary attachment—is another great choice for this map, especially if you pair it with Armored.

A perfect class combination for this map consists of the PPSh with Armored and Primed. With this class, you’re safe from lethal and tactical grenades, and you can throw on an Extended Mag as a third attachment—this helps a lot because you don’t have much time to reload on Shipment 1944. You can also try the Armored and Primed combination with the Combat Shotgun—it’ll be extremely difficult to die in close-quarters fights with this class, unless you miss your shots.

There are tons of weapon and class combinations to try on Shipment 1944, so get out there and see what works best for you.

As expected, Shipment 1944 is pretty chaotic. In most situations, you won’t live longer than 10 seconds per life on this map—unless you’re hiding or camping.

If you’re running and gunning with an SMG or shotgun, you can rack up a ton of kills. You’ll also likely die a lot, but that’s just part of the game—it’s common for aggressive players to get triple-digit engagements on Shipment 1944 Domination, for example.

You should feel relatively carefree while playing Shipment 1944. It might be frustrating at times to die often, but just remember that it’s a product of the map—and as long as you’re getting kills, that means other people are probably feeling the same way.

Challenge yourself to see how many kills you can get in one game of Shipment 1944. There’s a lot of ways to have fun on this map, and getting a ton of kills is definitely one of them.