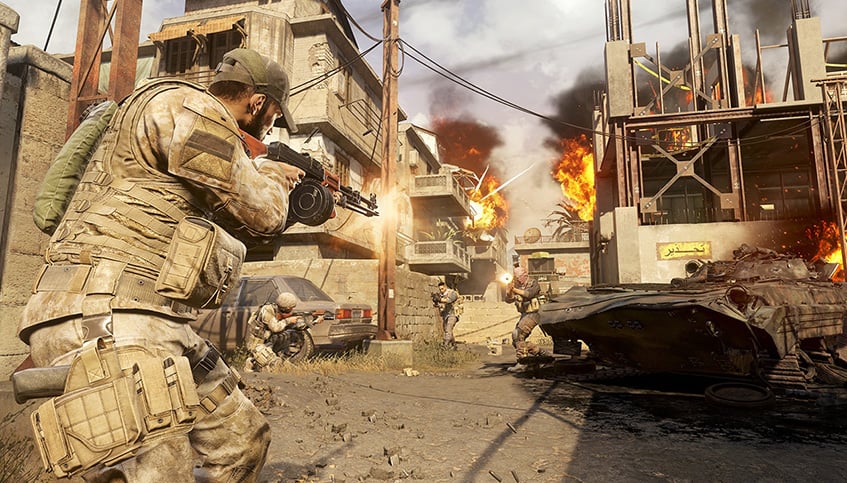 One of the most popular and successful Weekend Warfare game modes is returning to Call of Duty: Modern Warfare Remastered this weekend.

Prop Hunt, a version of the hide-and-seek game mode from Garry’s Mod, will be added to Modern Warfare Remastered for the third time in celebration of Memorial Day weekend. The game mode was first introduced to MWR for the weekend of March 30, and then returned a second time from April 28 to May 1.

Now, Call of Duty players will get to play this popular game mode again from Friday, May 26 at 1pm ET until Tuesday, May 30 at 1pm ET.

If you weren’t able to play this extremely fun game mode either of the last two times it was available on MWR, Call of Duty’s version of Prop Hunt consists of two teams competing in four rounds. One team hides throughout the map as assorted items or props, while the other team has four minutes to find and kill these objects.

The prop team wins the round if at least one player survives for the entire four-minute round, while the seekers win if they eliminate all of the hiding players. The game mode is played until one team wins three rounds, or after both teams have played as the hiders and seekers twice.

Prop Hunt has easily been one of the most enjoyable and successful Weekend Warfare game modes yet on Modern Warfare Remastered. If you have some spare time over this Memorial Day weekend, be sure to check out the Prop Hunt game mode before it’s once again removed from the servers on May 30.