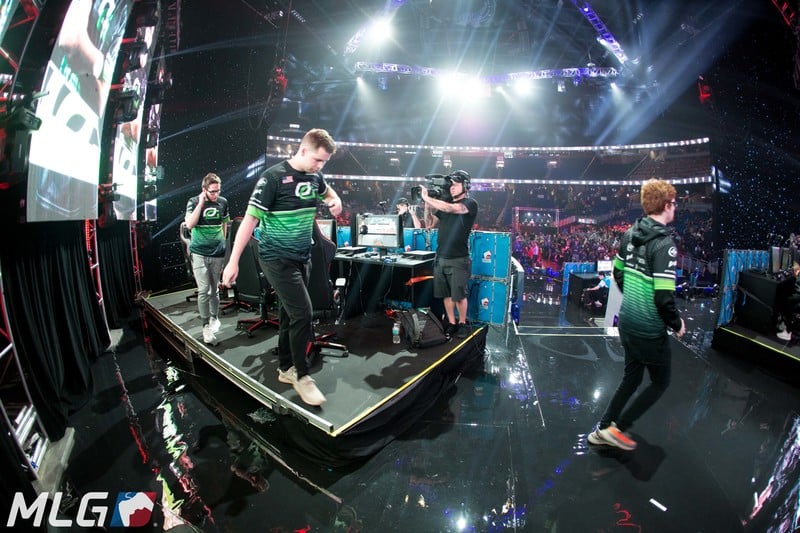 FaZe Clan and OpTic Gaming are two of the most popular Call of Duty organizations of all time, so when they were scheduled to face off against each other at the CWL Championship on Saturday, everyone had high hopes for a great match.

Unfortunately, our hopes were dashed when OpTic Gaming put on one of the most dominating performances in the rivalry’s history, sweeping FaZe and sending them down to the losers bracket.

The opening game was incredibly one-sided as OpTic jumped out to a lead early and never relented on Breakout Hardpoint. Each player on OpTic was above a 1.33 Kill/Death ratio, while all four FaZe players were below a 0.78 K/D.

Throwback Search and Destroy was even more in OpTic’s favor. Led by 2013 world champion Damon “Karma” Barlow’s 10-0 scoreline, the Stage Two champions throttled their opponents in a 6-0 victory.

FaZe looked like they were able to put the previous two thrashings aside though and took a 4-1 lead on Precinct Uplink into halftime. But OpTic turned it on in the second half of the game to rally. Behind the slaying of Ian “Crimsix” Porter, the Green Wall advanced to the winners final after scoring seven unanswered points to win 8-4 over FaZe.

With this win, OpTic Gaming has clinched a top three finish, which will be the organization’s highest placing at CoD Champs since 2014, when the team consisted of James “Clayster” Eubanks, Marcus “MBoZe” Blanks, Matthew “Nadeshot” Haag, and Seth “Scump” Abner.

OpTic is now scheduled to meet Team EnVyUs on Sunday in another edition of the eClasico rivalry. That matchup’s winner will advance to the grand finals, where a Call of Duty World League champion will be crowned.

While OpTic has never been in a CWL Championship grand final since the event became an annual tradition, Team EnVyUs has been in the final match a staggering three times in four chances—and they finally won the big one last year.