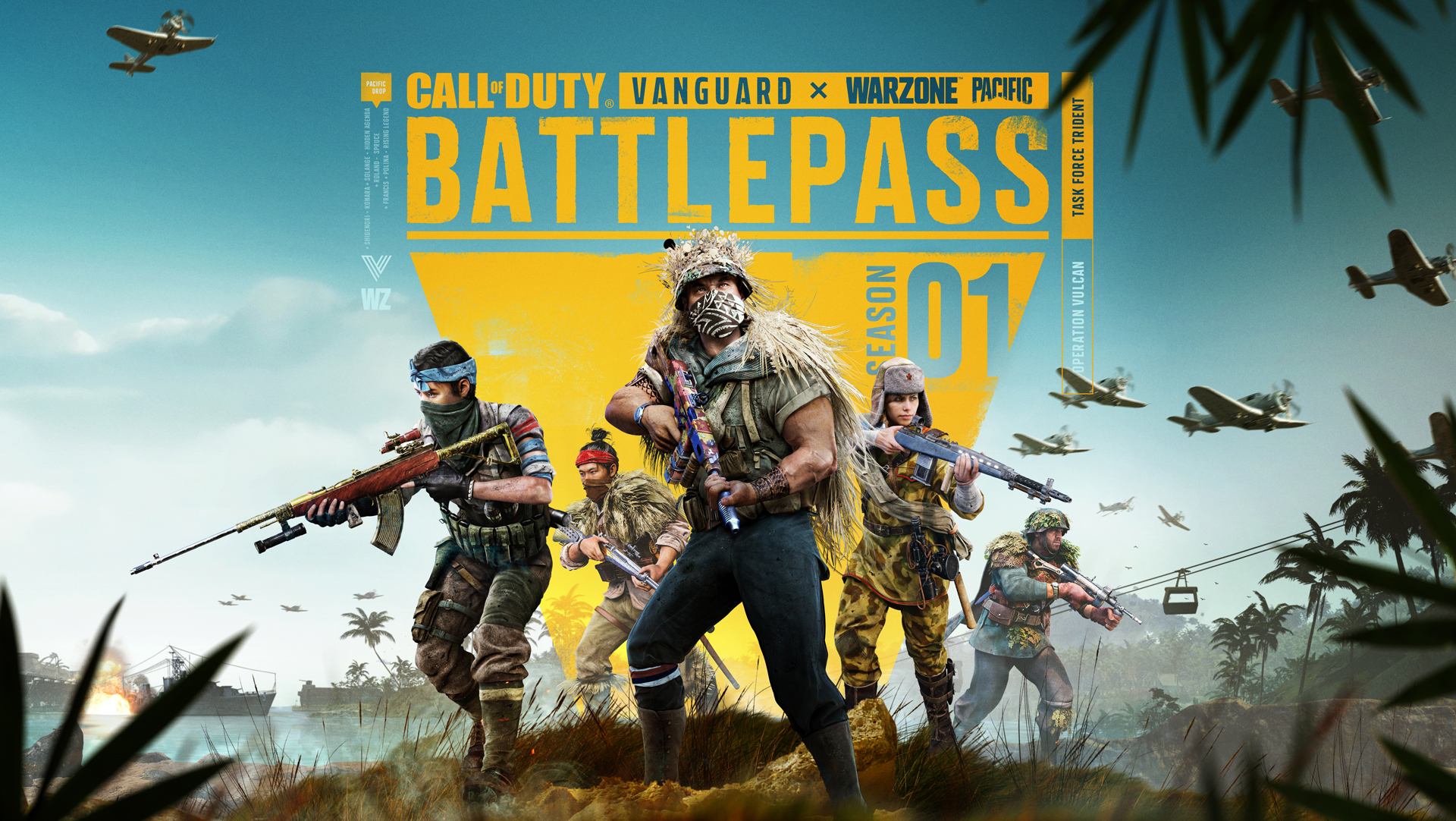 It’s been just a month since Call of Duty: Vanguard launched on platforms worldwide, but its first content season is already here.

Season one, while adding the Caldera map to Warzone, also brings a battle pass and lots of new content to Vanguard. There are several new maps and operators, but the battle pass is where the grind is truly rewarded for players who level up during the season.

The battle pass contains free and paid rewards. There are 100 tiers of unlocks to grind and the main attractions are the two new weapons in the battle pass: the Cooper Carbine and Gorenko Anti-Tank Rifle. Both are free to earn.

To unlock the battle pass, navigate to the battle pass tab in Vanguard or Warzone and press the square button on PlayStation (X on Xbox). This will either send you to the page where you can purchase the battle pass or allow you to claim your 25 tiers that came with the Ultimate Edition of Vanguard.

Purchasing the battle pass grants immediate access to legendary skins for Polina and a new operator Francis, as well as a rare skin for Arthur and a 45-minute double weapon XP token. After that, the real grind begins.

The battle pass also includes such additions as the Cooper Carbine assault rifle at tier 15, the Gorenko Anti-Tank sniper rifle at tier 31, the Sawtooth melee weapon at tier 37, CoD Points, weapon blueprints, finishing moves, and much more. There are 100 tiers of rewards to unlock.

There’s plenty of free rewards to earn, but the bulk of the cool stuff will be on the premium track of the battle pass. It can be purchased for 1,000 CoD Points.