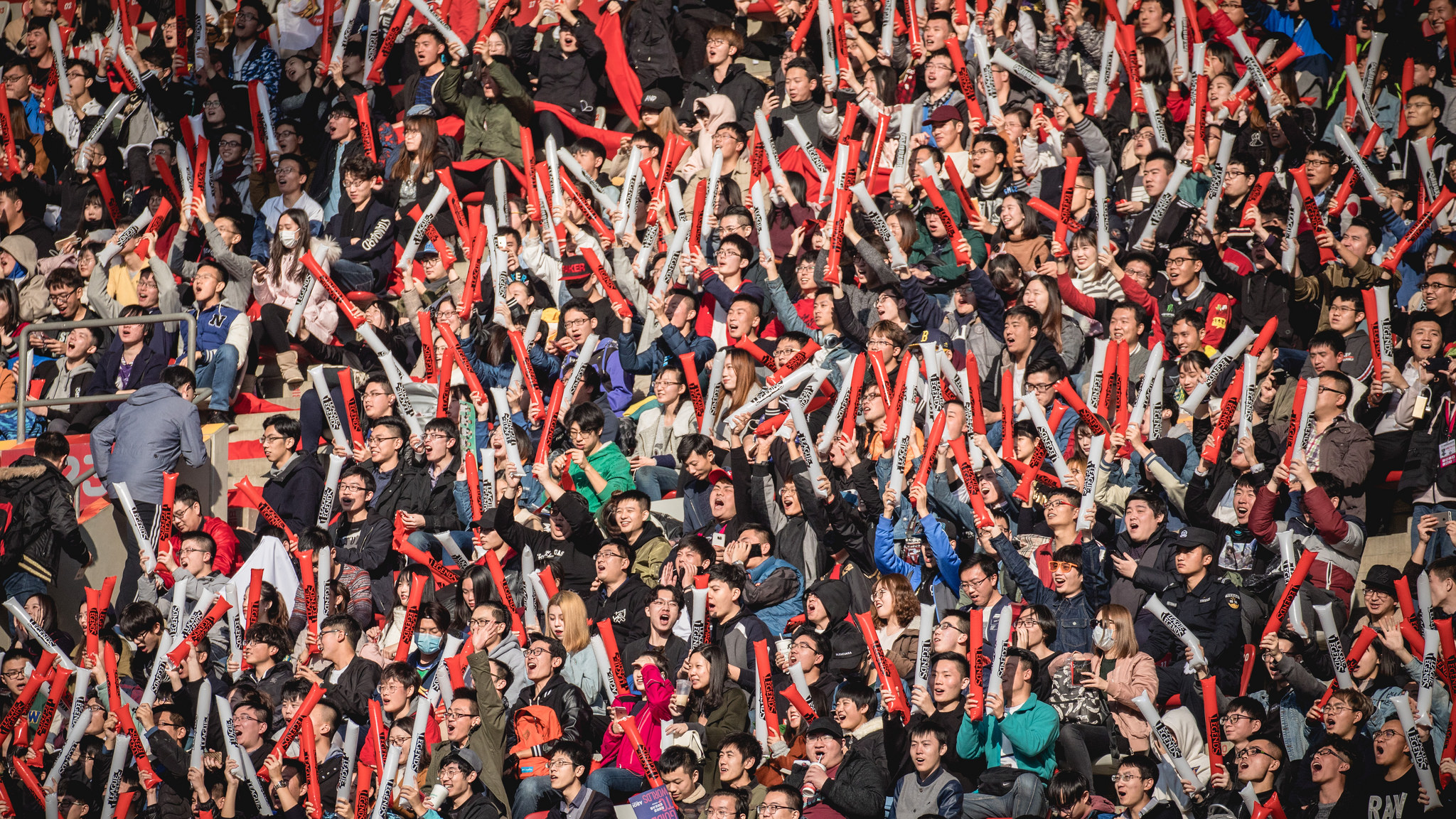 The esports industry brought in a whopping $1.5 billion in revenue this year, according to a report from statistics company SuperData. If it keeps going on the same trajectory, the industry could bring in $2.3 billion in 2022, according to SuperData’s numbers.

At this rate, it’s hardly surprising that the industry is growing. But the SuperData numbers, if accurate, reveal a striking trajectory. For example, last year SuperData published their 2016 esports market review, in which the industry brought in $900 million. Using that year’s earnings and growth over the previous years, the company predicted that 2017 would hit around $1.1 billion.

This year’s estimate of $1.5 billion completely shatters that prediction. In fact, the global esports industry wasn’t supposed to reach $1.5 billion in yearly revenue until 2019, according to the same report.

SuperData’s report pulled information from the industry’s main competitors—Valve Corporation, Riot Games, and Blizzard Entertainment—and their games. Some of the metrics SuperData uses to calculate its revenue numbers are a little questionable, however. For instance, the company shows that “investments” account for 50 percent of the industry’s revenue last year, but investment is generally not considered to be part of a company’s earnings.

The total revenue number also includes money generated from prize pools. But since some tournament prizes are funded by game developers themselves, prize pools don’t really represent revenue generation. At best, they represent a reinvestment of existing revenue back into the esports scene. That’s not true, however, for tournaments that rely heavily on crowdfunding and individual contributions, such as Valve’s The International or, to a lesser extent, Riot’s League of Legends World Championship.

The report also gathered data on the games’ players. Dota 2 and League of Legends were kings of the playerbase, each boasting 10 million and 84 million active monthly players respectively. Between Twitch and YouTube, those players watched over 2.1 billion hours of content between April and October this year, and that number is expected to grow by about 12 percent each year as the industry reaches mainstream audiences.

Of all the unique viewers tuning in to watch their favorite esports stream, 67 percent of them watched through both YouTube and Twitch. Only 20 percent of them watched Twitch exclusively, and 11 percent watched only YouTube. Out of all the games watched on those platforms, League led the charge with 286 million unique viewers, and PlayerUnknown’s Battlegrounds lagged slightly behind at 202 million.

PUBG had only 10 million unique monthly players in October, though, falling drastically short of its viewer count. That trend indicates that fans are more interested in watching than playing, but both numbers continue to reliably grow anyway.

The esports industry continues to exceed expectations year after year. Thanks to hundreds of millions of hours watched and dollars made, it’s clear that it’s steadily becoming a sustainable, profitable, mainstream industry.