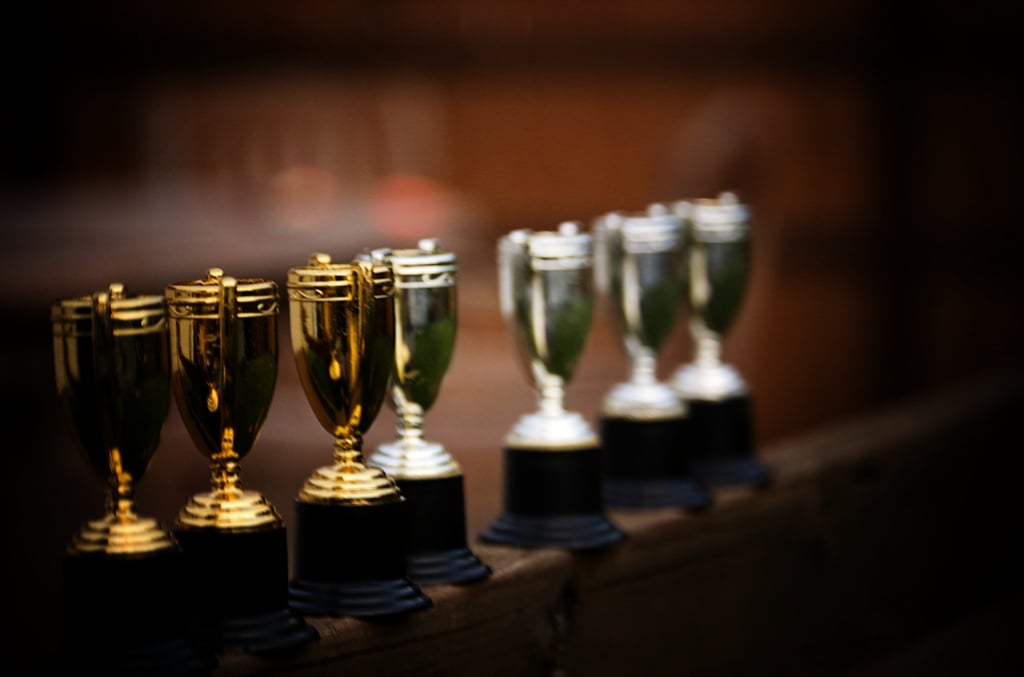 Every year, Dot Esports puts out a list of the most important people in esports. To a certain extent, we’re setting ourselves up for failure. “Importance” is, by its nature, a tricky term. It is vague and subjective. You can further define it, of course—but good luck doing so in a way that’s easily quantifiable (Prize money earned? Twitch viewers? Number of TwitLongers posted over a 12-month period?).

When we come up with our list, we try to look broadly at the industry and identify figures who’ve been personally responsible for major changes or contributed to the growth and popularity of esports. For 2016, we chose nine individuals, and we spread out our profiles over the past nine days.

We began with Christopher “MonteCristo” Mykles and ended with Andy “Reginald” Dinh. And in between, we covered the players, businesspeople, and industry visionaries who left their mark on esports last year. Here is the full list—and a brief argument for why each deserves their spot.

Christopher “MonteCristo” Mykles began his year as a popular team owner and one of League of Legends’ most respected and popular casters. By the end of 2016, he’d vacated both of those roles—though not really by his own choice.

But MonteCristo took a situation that could have ended someone else’s career and pivoted. By the end of 2016, he began to shift away from League and toward Overwatch. He’d also taken on a new and perhaps unexpected role: A voice of conscience against developer overreach and misdeeds.

Very few casters have successfully moved from different titles, but Monte is already establishing himself as a strong presence in Overwatch. He’s casted Blizzard’s Overwatch World Cup at BlizzCon and MLG Vegas, as well as the major events in Korea.

This year could be Overwatch’s breakthrough year as an esport. And don’t be surprised when you see Monte at the forefront.

Including Lee “Faker” Sang-hyeok on a “most important” list is easy. He just won a third World Championship. He is again the best player in League and one of the best players in the history of esports. His champion pool is legendary, and so are his outplays. He has won half of the World Championships ever played and has won every major tournament he’s entered.

But in 2016, Faker achieved something that may supersede his achievements and accolades. In an industry where change is constant and glory is fleeting, Faker has achieved immortality. Each year, organizations like KT, ROX, and Royal, put together squads to stop him. And each year, he defies odds to win it all again. He now stands with names like sAviOr, Flash, and Thresh at the top of the esports pantheon.

Brandon “Seagull” Larned is what the competitive Overwatch scene needs to succeed. Personalities and storylines drive communities to the top—and right now, Overwatch’s competitive scene is hanging on to Seagull.

The former Team Fortress 2 professional began streaming Overwatch on Twitch early in its beta, thinking he’d draw in a “shit” number of viewers. Though Seagull had a lot of respect as a Team Fortress 2 player, the scene just wasn’t big enough to warrant the kind of notoriety he has now. Overwatch is being played in stadiums around the world; Seagull was used to competing in Team Fortress 2 in hotel lobbies.

Overwatch is certainly able to draw fans, though those viewers will only stay if there are personalities and stories driving the esport forward.

And right now, it’s Seagull’s personality that draws excitement from fans. Overwatch doesn’t yet have League’s Faker or StarCraft’s BoxeR. But that’s okay. It has its own superstar: Seagull.

There are very few things in esports Scott “SirScoots” Smith hasn’t seen or done. With 2016 at a close, the industry veteran has planted himself firmly in the center of one of the biggest stories esports has yet seen.

Smith is playing a key role in a dispute between the owners of some of North America’s biggest esports teams and their Counter-Strike: Global Offensive players. The teams, organized as the Professional Esports Association (PEA), wanted to pull their players out of the ESL Pro League and start their own league in its place, which would effectively drive ESL Pro League out of North America. The players, whose labor was being used as leverage, nevertheless had no say in the matter and wanted to organize themselves.

This dispute with the PEA may well be the spark to ignite that collective bargaining in esports, and Smith has been charged with getting things started. There can be no greater endorsement of his experience and talent within the industry.

If anyone’s career in esports can be described as an Odyssey-like epic, it’s surely Michael “ODEE” O’Dell’s. The 45-year-old ODEE is a true veteran of what tends to be a very young industry. In fact, he began in esports before the term had really even been coined. But in that time, he’s gone from a Duke Nukem tournament in 1998 to founding Team Dignitas in 2003 and, finally, to that team’s acquisition by the Philadelphia 76ers in September.

Thanks to ODEE, 2016 will be remembered as the year when the first North American professional sports team went full speed into esports. It was a groundbreaking deal that paved the way for the future. And it was, to a large degree, the result of ODEE’s hard work over nearly two decades. ODEE led Dignitas with conviction in both good times and bad and established one of the longest-standing and most successful franchises in esports. Last year, it paid off big time.

For close to a decade, few Counter-Strike players from outside Europe have ever ended a year looking as consistently brilliant as 22-year-old Marcelo “coldzera” David. Coldzera, who joined the core of what is currently SK Gaming in July 2015, set himself apart last year. He doesn’t just show up when the big game is on. He’s also one of the most consistent players in the world, always averaging at least one kill per round.

Coldzera’s performances at Valve Majors throughout 2016 have also been astounding. Going off of raw statistics, he was the most successful player at both MLG Columbus and ESL One Cologne. And his wonderful tendency to deliver absurd plays in the most crucial moments became a defining asset for the SK Gaming roster throughout the year.

In 2015, Fnatic’s olofmeister set the standard of what an all-time great player should look like in the server, and ever since the Swede’s injury in early 2016, the only logical heir to his throne is coldzera as he embodies the consistency, versatility, and pure skill of the masters who came before him.

Last year was a rough for Hearthstone esports. Tournament organizers, teams, and sponsors departed the scene at a rapid pace. And overall viewership stuttered.

The Hearthstone Championship Tour was a triumph, and exactly what the game needed. It helped blunt any decline and stabilize the game in a difficult year. And for that alone, Drew Higbee is worthy of a place on this list.

Those who really know the esports industry have always viewed television with a heavy dose of skepticism. Even if you missed the substantial failure of the Championship Gaming Series (CGS) in 2007, there were plenty of reasons to question the value of putting esports on television. What if networks attempted to change the fundamental viewing experience of an esport? Couldn’t televising an esport actually hurt its audience by moving it off of computer screens and onto televisions?

Christina Alejandre and the rest of Turner’s ELEAGUE team proved us wrong. ELEAGUE is a testament to the fact that esports broadcasts can appeal to the hardcore esports fans but also a more general audience.

Alejandre and TBS have set the standard for what a televised esports broadcast should look like. That sets an important and meaningful foundation for the industry’s future on television—and in the mainstream.

Andy ‘Reginald’ Dinh gets a spot on this list for playing a key role in two of the biggest esports news events of the year.

His public feud with Riot co-founder Marc Merrill played a roll in the company making some long-overdue changes. It published an article towards the end of the 2016 season that promised huge changes for the 2017 season, as well as some smaller, immediate changes that would be made before Worlds began on Sept. 29. The biggest? Riot plans to introduce revenue sharing this year.

Later in the year, the TSM owner found himself playing a key roll in the PEA player dispute in CS:GO. That dispute eventually forced North American CS:GO players to organize, a landmark move in esports.