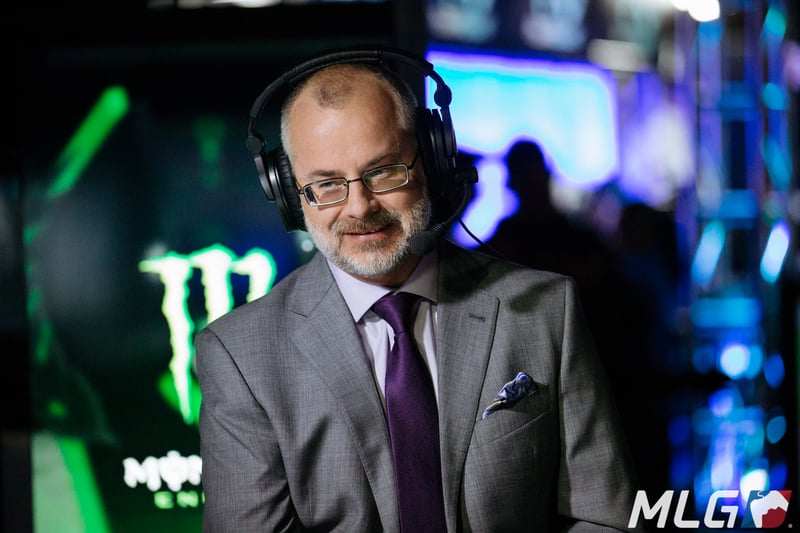 It was another watershed year for esports, one defined as much by people and personalities as the games themselves. For nine days straight, Dot Esports is profiling the most important people in the industry in 2016, from players to businessmen to industry visionaries. We started with Christopher “MonteCristo” Mykles and Lee “Faker” Sang-hyeok. Our next selection is an industry stalwart who’s found himself in the center of one of the industry’s biggest stories.

There are very few things in esports Scott “SirScoots” Smith hasn’t seen or done. And as 2016 comes to a close, the industry veteran has planted himself firmly in the center of one of the biggest stories esports has yet seen.

In his two decades in the industry, Smith has worked for some of the biggest players in esports. He helped build GotFrag, one of the first and most influential esports journalism and media companies, and then took a position at Major League Gaming when it acquired GotFrag. He’s also served as COO of Evil Geniuses.

In recent years, he’s made Counter-Strike his home, working as a broadcaster on events like the MLG Columbus Major, ELEAGUE, and ECS. Behind the camera he is one of the most respected directors and producers in the industry, producing everything from talk shows to major events like BlizzCon.

All of Smith’s hard work alone would probably give him a shot at this list. But in the last week, he’s been at the forefront of a story that could change the industry as we know it.

Smith is playing a key role in a dispute between the owners of some of North America’s biggest esports teams and their Counter-Strike players. The teams, organized as the Professional Esports Association (PEA), wanted to pull their players out of the ESL Pro League and start their own league in its place, which would effectively drive ESL Pro League out of North America. The players, whose labor was being used as leverage, nevertheless had no say in the matter and wanted to organize themselves.

So they turned to Smith to represent them as a collective voice, taking the first steps towards formal player organization in Counter-Strike: Global Offensive.

After representing the players in private talks, Smith published an open letter on the players’ behalf. The players wanted the opportunity to choose where they played, and increased accountability and transparency from their teams. This public shot across the bows led to very public back and forth, that in some cases became tense and fraught—TSM in-game leader Sean Gares was dropped from the team after being identified as the “ring leader” of the roster by owner Andy “Reginald” Dinh.

In the face of the PEA’s moves to muscle ESL out of North America (and indeed situations like Sean Gares’), it’s essential for players to organize themselves to secure their rights. It’s been a longstanding need in the industry, but one that will only become more urgent as esports continues to grow.

This dispute with the PEA may well be the spark to ignite that collective bargaining in esports, and Smith has been charged with getting things started. There can be no greater endorsement of his experience and talent within the industry.

While things have gone publicly quiet over the holidays, the reverberations of this controversy will likely echo throughout the industry well into 2017.