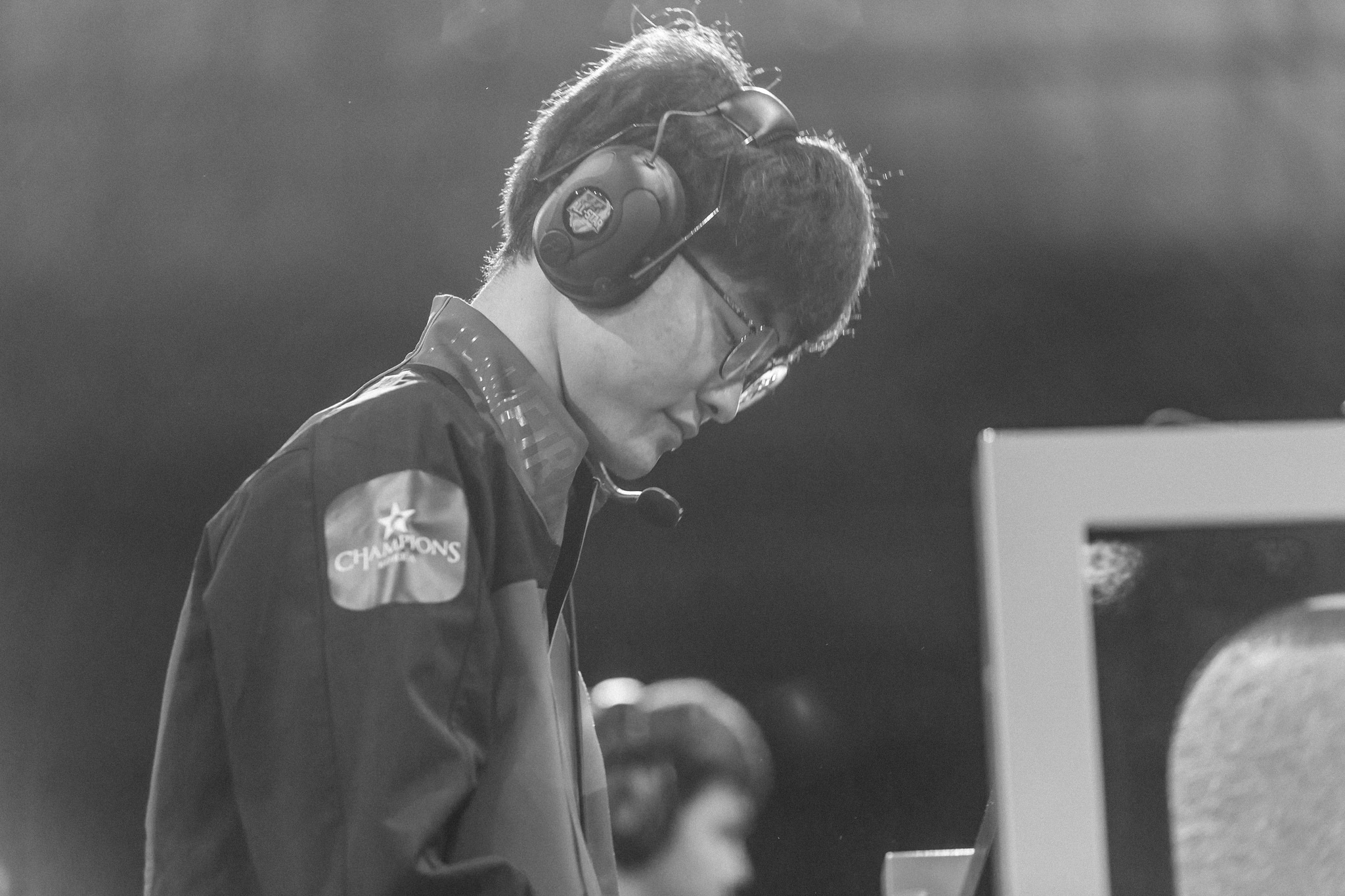 It was another watershed year for esports, one defined as much by people and personalities as the games themselves. Over the next eight days, Dot Esports will profile the most important people in the industry in 2016, from players to businessmen to industry visionaries. We started with Christopher “MonteCristo” Mykles, and now we move on to Lee “Faker” Sang-hyeok, whose third League World Championship this year cemented his status as a legendary figure in esports history.

Including Lee “Faker” Sang-hyeok on a “most important” list is easy. He just won a third World Championship. He is again the best player in League of Legends and one of the best players in the history of esports. His champion pool is legendary, and so are his outplays. He has won half of the World Championships ever played and has won nearly every major tournament he’s entered.

But in 2016, Faker achieved something that may supersede his achievements and accolades. In an industry where change is constant and glory is fleeting, Faker has achieved immortality. Each year, organizations like KT, ROX, and Royal, put together squads to stop him. And each year, he defies odds to win it all again. He now stands with names like sAviOr, Flash, and Thresh at the top of the esports pantheon.

It’s easy to remember Faker for the insane outplays or random pocket picks. But behind each of those plays are countless hours of work. Work grinding solo queue, figuring out the nuances of each champion. Work with teammates, figuring out how to make them better. Faker stands nearly alone for his ability to shine so brightly in a game where a team is often only as strong as its weakest link.

To be clear, Faker’s teammates have supported him as well, even carrying sometimes. But the heart of the three World Champion SK Telecom T1 teams has been the immense pressure and sheer talent Faker has brought to the mid lane. The target is on his back in every game SKT plays, and when things go poorly for him, seldom is there another win condition. There are other teams built around a singular talent, including the rival ROX Tigers. But Faker has handled the pressure of being the star carry better than anyone else.

That pressure peaked in 2016 in a way that League had never before seen. Fueled by a one-sided loss to SKT in the Season 5 World Finals, the Tigers came back better than ever. Their goal was well-known: take down SKT and win the LCK. For much of the year, they played foil to SKT’s plans, snowballing early leads and winning mid- and late-game fights few dared to take against the telecom behemoths.

Every great player needs rivals to push him, and for the first time, Faker had his. ROX’s top laner, Song “Smeb” Kyung-ho dominated, winning two straight LCK regular season MVPs. Despite Faker’s superior performances against ROX mid laner Lee “KurO” Seo-haeng, Smeb and the Tigers won the games. Even when Faker pulled out the Zed in a last-gasp effort in one series, ROX responded, handing Faker his first professional loss on that champion. When both teams qualified for Worlds, Smeb was the hero, anointed as the best player in the world.

Faker and SKT headed to Worlds with that hanging over their heads and had a banner tournament. Faker’s pressure was just ridiculous. Fueled by pride and seeking to reclaim the throne, Faker accomplished both by taking down ROX in the semifinals in one of the best matches in esports history. Historic players produce historic moments, and Faker’s Worlds tournament certainly qualifies.

Four years after he hoisted his first Summoner’s Cup in Staples Center, Faker did it again. For four years (longer than many careers) Faker has brought singular focus and dedication to his craft, putting in ridiculous effort to produce amazing results. Others have produced cool plays. Nobody has dominated the history of League like Faker, who keeps setting the bar by which all other players are judged. That’s what immortality is. And that’s why he’s one of the most important people in esports—again.