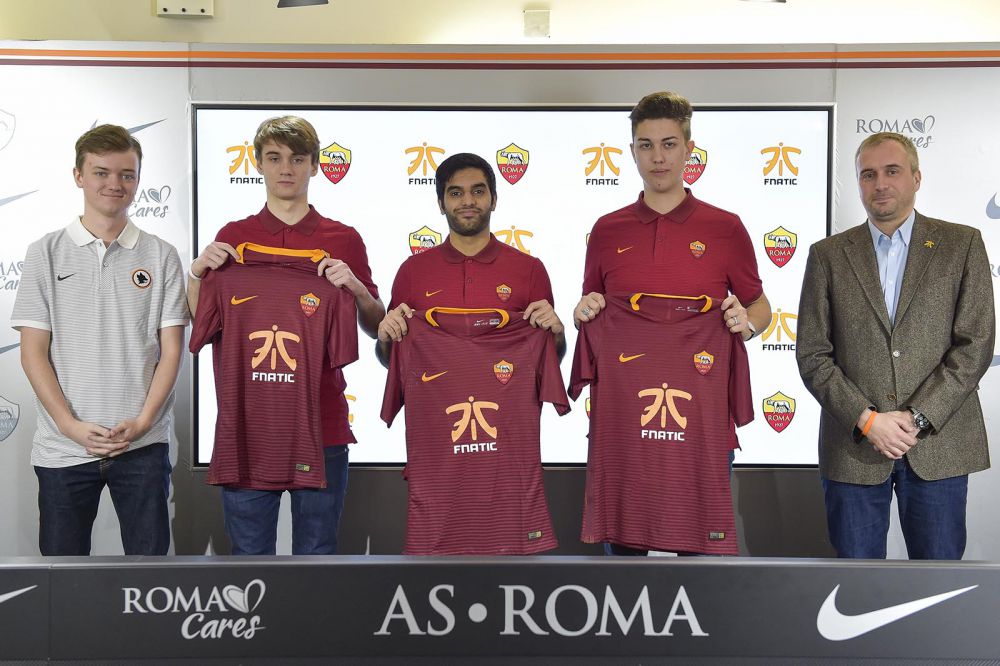 One of esports’ biggest franchises has partnered with one of the largest soccer clubs in Europe to create a FIFA esports team under its banner.

Fnatic is teaming up with legendary Italian club AS Roma to establish Roma’s first entry into the esports industry with a squad of three FIFA players.

The actual operation of the team and management of the players will all be handled by Fnatic, with the club managing the team’s preparation and event participation.

Brit Sam “Poacher” Carmody, four year pro Aman “Aman” Seddiqi, and Nicoló “Insa” Mirra will all play under the banner of AS Roma moving forward. 22-year-old American Colin Johnson will coach as part of Fnatic’s management of the team.

“Not many opportunities like this come around,” Aman said in an interview on AS Roma’s website. “Especially with FNATIC powering the team. They also have a huge social reach that I can learn from and increase the stature of my own brand. I can’t wait to have a great, long-term relationship with both Roma and FNATIC. Also, it’s an honour to be the first American to be signed by a European club.”

The nature of the partnership makes it similar to that between French soccer team Paris St Germain and Webedia, the owners of the Millenium esports franchise, for Webedia to manage much of the operation of Paris St Germain’s esports endeavors. PSG currently has a squad in the European League of Legends Challenger Series, as well as a pair of FIFA pros.

AS Roma are just the latest in a long line of European soccer sides who have invested in esports, attempting to cross over their audience into FIFA esports in particular. As well as Paris St Germain and the FC Schalke 04’s League of Legends team, sides like Manchester City, Ajax, and Valencia all now have professional FIFA players under their banner.