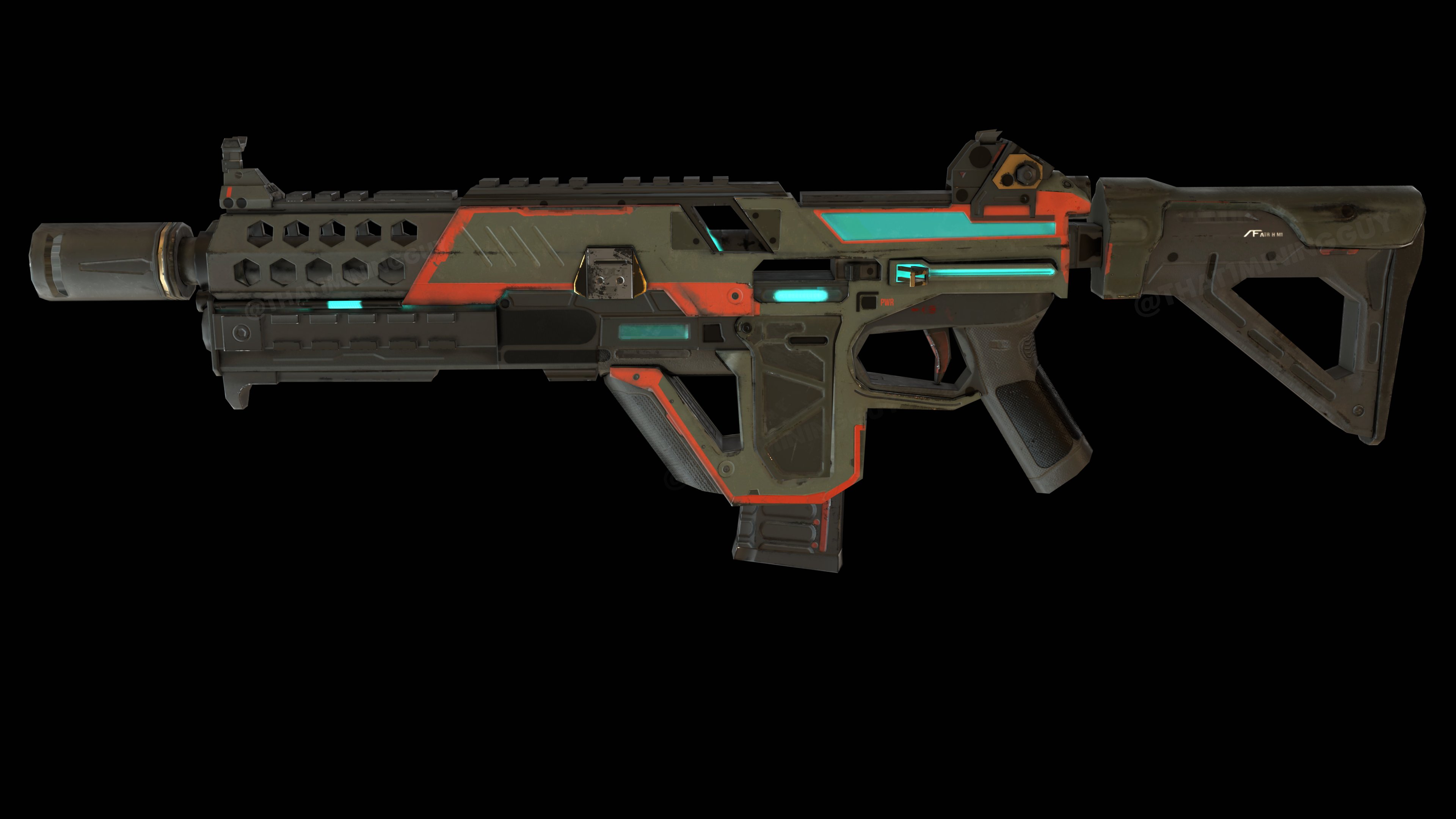 Titanfall fans may find another familiar weapon in Apex Legends’ supply bins soon. Prolific data miner That1MiningGuy uncovered a model for the Volt SMG in the game files after yesterday’s update. He also found mentions to a Bloodhound Town Takeover. There’s no official confirmation on when both elements will make their way to the live servers, however.

The Volt, like most armaments in Apex, comes from its sister franchise, Titanfall. The submachine gun can fire “concentrated bolts of high energy,” according to a video by That1MiningGuy, and will likely use the energy ammo that already exists in the game.

Data miners have consistently found bits of the Volt in the game files and the weapon appears to be approaching a definitive version. In the Grand Soirée update, Respawn changed the name of the weapon in the files from “hemlok_smg”  to “volt.” The latest patch introduced an updated model and four epic skins for the weapon.

That1MiningGuy also found references to a Bloodhound Town Takeover event in the game files. The small event will likely feature challenges that players can make to get rewards, much like Mirage’s Town Takeover on World’s Edge. His findings are backed by Shrugtal, another prolific data miner who found evidence of the event earlier this year.

The Bloodhound Town Takeover presents a unique opportunity to put more emphasis on the Technological Tracker. Writer Tom Casiello shared that Respawn aims to reveal more about the legend’s lore by the end of this year.

Although the game files back up the addition of a Town Takeover and the Volt SMG, Respawn hasn’t officially confirmed if or when these novelties will come to Apex.