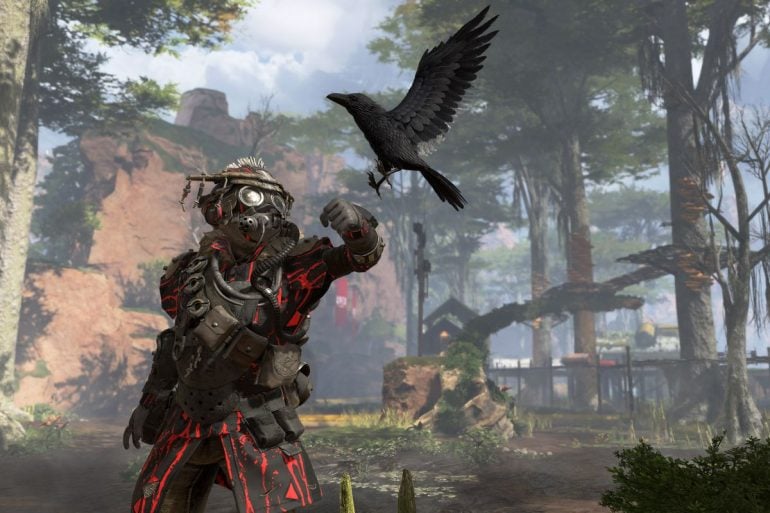 Apex Legends’ Bloodhound is the hunter the gods have sent, but that’s about the extent of what we know about them. But we may learn more about the legend over the course of the year, according to writer Tom Casiello.

Casiello was asked about giving more information on Bloodhound and tweeted that complying would “spoil the surprises we have in store” for the legend and promised that big things are coming for the character this year.

“I’ll say this: the Bloodhound you know is far more than just the serious hunter,” Casiello tweeted. “Before the year is over, we’ll be revealing facets of their personality that might surprise you. They certainly surprised us.”

Bloodhound is one of the most mysterious legends in Apex and that’s part of their appeal. Their official bio reinforces the character’s enigmatic nature.

“Bloodhound is known across the Outlands as one of the greatest game hunters the Frontier has ever seen—and that’s about all anyone knows,” EA’s website reads. “Their identity is a mystery wrapped in layers of rumors: they are fabulously wealthy, a bloodthirsty murderer, a Goliath whisperer, a former slave, half bat, and a dozen other things depending on who’s doing the whispering.”

Some of Bloodhound’s voice lines and expressions hark back to Old Norse mythology. “Allfather” is one of Odin’s titles and “Felagi” is the Old Norse word for a partner or fellow, according to Merriam-Webster. The tracker also has a raven companion called Artur, who’s present in some of Pathfinder’s animations and messes with the robot.

Based on Casiello’s tweets, we could learn more about the character that may not be directly related to the Apex Games and their prowess in battle. Apex’s enhanced focus on narrative, evidenced with Revenant’s release, could improve the narrative experience and give fans more information on the beloved tracker.