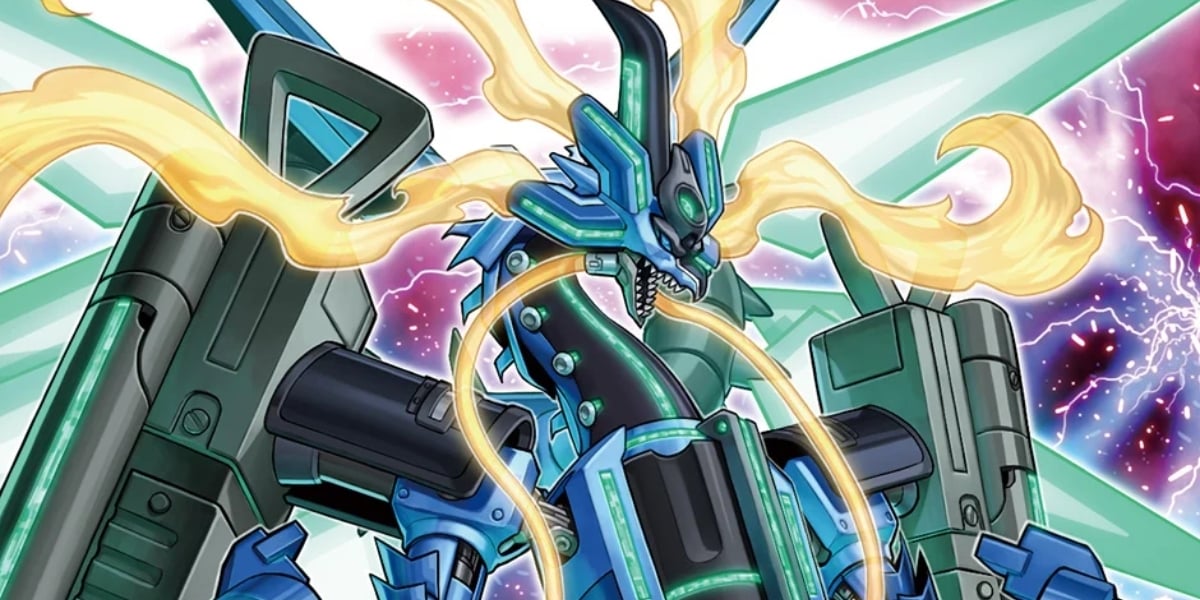 The next OCG Yu-Gi-Oh! Booster Set has been revealed for a July 17 release date. Titled Burst of Destiny, it appears that additional Dragon and Rokket support will be included in the early form of Borreload Riot Dragon.

Borreload Riot Dragon is actually a Ritual Monster with two effects that revolve around Rokket and Borrel archetype cards.

First, when your opponent Special Summons a monster, you can negate its summon and destroy that card. If you use that Quick Effect, however, you will need to destroy Borreload Riot Dragon or a Rokket monster you control as cost.

The second effect is one that activates while Borreload Riot Dragon is in the Graveyard, where you can target one Borrel or Rokket monster in the GY, destroy one card you control or in your hand, and then add that targeted card to your hand.

A third card, DualWiel Dragon, was also revealed. The Effect Monster is a level eight Dark Dragon that can be tributed from the field to Special Summon two Rokket monsters with different names from your GY in Defense Position.

You can also banish DualWiel from the GY, to add a Rapid Trigger or Heavy Trigger to your hand from the Deck or GY.
With that second effect, it is clear Rapid Trigger will be another Ritual adjacent Spell Card to help facilitate whatever strategy Konami has come up with surrounding Borreload Riot Dragon and the other cards in this set. Right now, it is unclear if this will be a Ritual Summon-focused set, or just a general release that will add more support for the VRAINS anime cards.