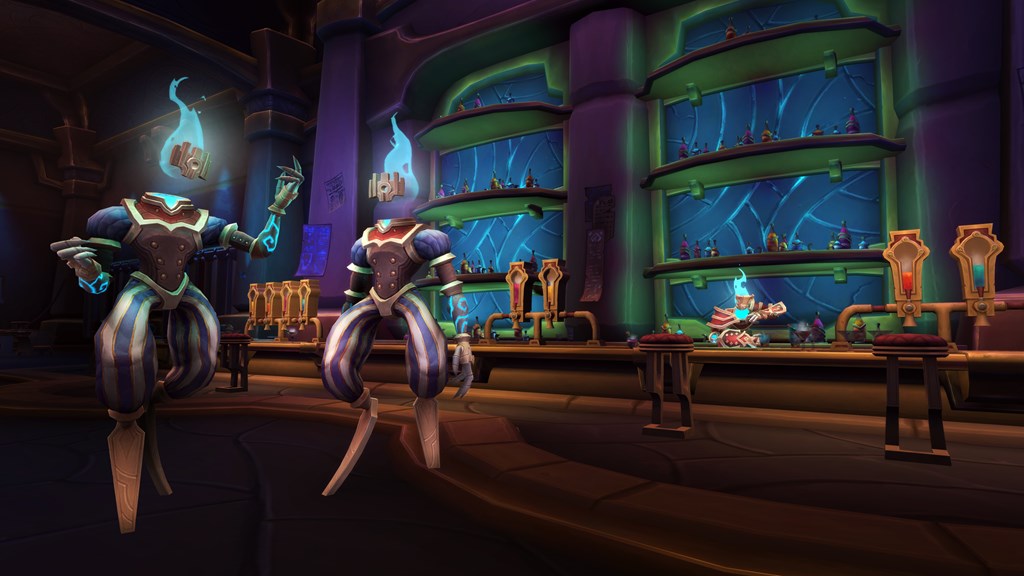 The longest content drought in World of Warcraft history has finally come to an end. You can now head into Azeroth to check out Patch 9.1, Chains of Domination.

The World of Warcraft community has been itching for new content. The Chains of Domination update overhauls a ton of content already present in Shadowlands, as well as introduces some cool new features. The most exciting feature of Patch 9.1 as far as most players are concerned is the new 10 boss raid, Sanctum of Domination. Unfortunately, the raid won’t be unlocked until July 6, but you’ll have plenty of things to keep you busy in the meantime.

The new patch introduces 40 new levels of renown that you’ll need to grind, as well as additional content for the Covenant campaigns. Each Covenant also has a new set of armor coming that you can see in the above image. Players will now also be able to fly in certain parts of the Shadowlands and mount in the Maw. Each Covenant will get a new flying mount to accompany you in the sky, too.

Another exciting feature coming with Chains of Domination is the new mega-dungeon, Tazavesh, the Veiled Market. This dungeon will be similar to previous mega-dungeons like Mechagon in scale and includes eight bosses. If PvE isn’t your thing, fret not. PvP fans have new adaptable gear, as well as a plethora of new rewards to farm toward.

Chains of Domination also introduces plenty of balance changes. Because of this, you may need to swap Covenants or Legendaries if you want to have a meta build. This patch also introduces additional levels to which your Legendary can be upgraded.

The community reaction to the update has been mixed at best. At time of writing, the official survival guide video for Chains of Domination has nearly double the number of dislikes compared to likes. Much of the negative reaction surrounding the patch is related to players feeling like they’ve wasted their time based on changes affecting their Legendary gear, as well as the notion they’ll need to spend more time in the Maw.

But if you’re itching for new World of Warcraft Shadowlands content, it’s arrived.