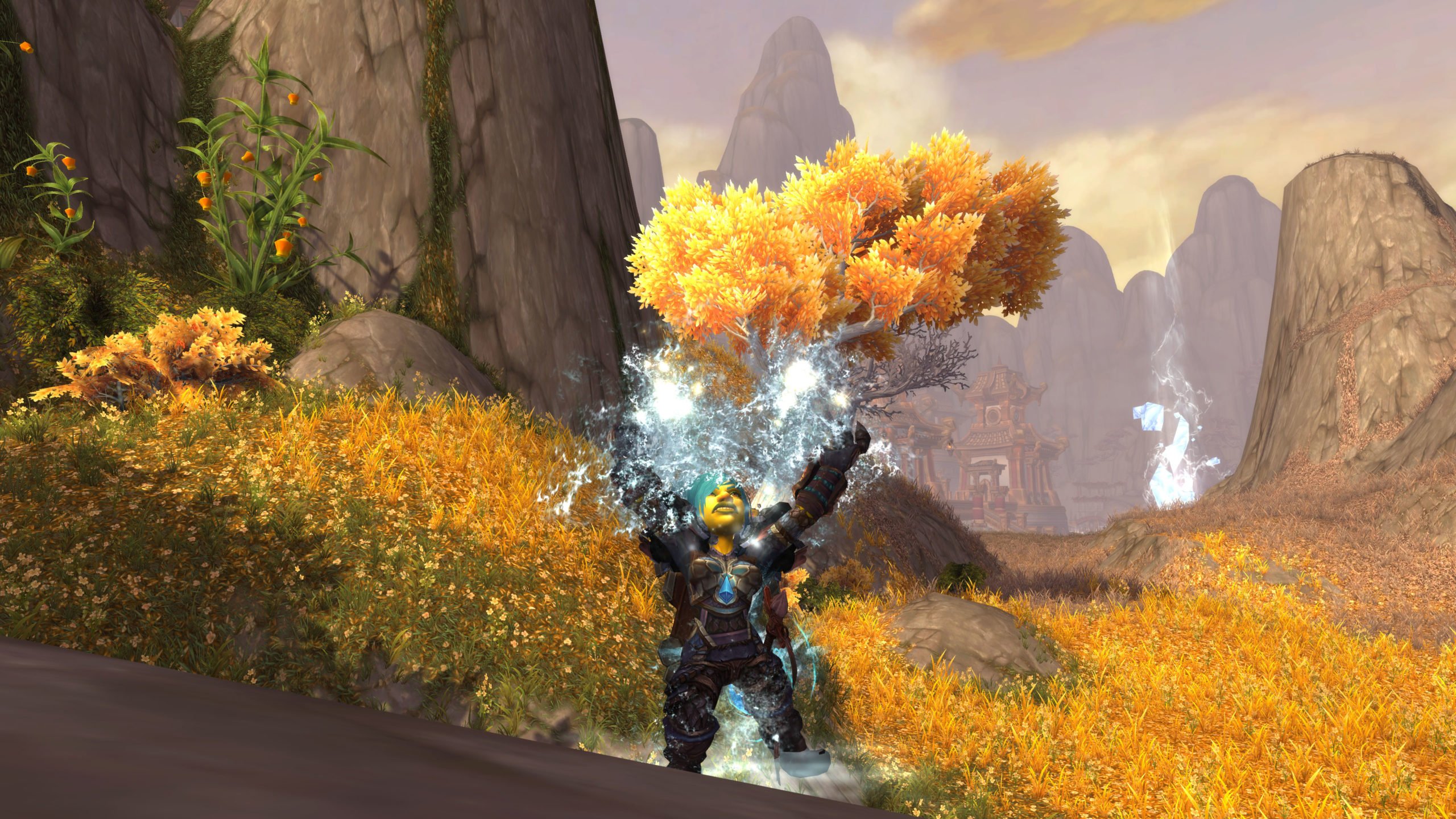 Restoration Shaman is one of the most well-rounded healing specs in all of World of Warcraft. The class excels in player-vs-environment (PvE) scenarios and can easily serve as a main source of healing for Mythic+ dungeons and raids.

The class provides a metric ton of large-scale healing, along with countless methods to reduce and absorb damage taken by party and raid members across the board. As one of the strongest healers in WoW: Shadowlands, Restoration Shamans bring plenty of healing—and even some damage—to the table in all situations.

Here are the best talents and builds to use to make the most out of Restoration Shamans.

Level 15: Unleash Life – This talent is perfect for buffing AoE healing abilities. Combining a cast of Unleash Life with an immediate Chain Heal will result in large-scale healing across the party. Additionally, friendly party or raid members that are critically low on health will benefit from the combined single-target efforts of Unleash Life and spells like Riptide or Healing Surge.

Level 30: Static Charge – Capacitor Totem is a strong AoE stun when used properly and this talent ensures that the cooldown of that ability is lowered depending on how many targets it connects with. In situations such as Mythic+ dungeons or Arenas, this talent can give your group a much-appreciated boost in the crowd control department.

Level 40: Graceful Spirit – This talent reduces the cooldown of Spiritwalker’s Grace, which allows you to cast your abilities while moving. Graceful Spirit is a necessity in fights that require movement, so make sure to have this talent loaded up for nearly every encounter in the game.

Level 45: Cloudburst Totem – This talent strongly boosts your abilities as a healer, particularly in situations where many players spread out across your party or raid group require aid. Cloudburst Totem will absorb 30 percent of all your healing for 15 seconds and distribute it evenly across all injured party members in a 40 yard radius. This talent allows Shamans to serve as a strong supplemental healer in situations where raid damage will be particularly high. And if your group is topped off, Cloudburst Totem can prude a strong single-target heal to a tank in need.

Level 50: Ascendance – This talent is generally strong in most situations since it allows you to convert all of your single-target healing abilities such as Healing Surge and Riptide into AoE spells. Ascendance is a major cooldown that should be used during periods of high group-wide damage. If you notice that your group is taking a ton of damage from a boss (or even trash mobs), don’t be afraid to pop this fairly long cooldown and come to the rescue.

The ideal covenant for Restoration Shamans is Venthyr. The ability granted to Shaman players by the Venthyr, Chain Harvest, is a well-rounded addition to your healing rotation and serves as a strong cooldown in both Mythic+ and raiding. While the cooldown of the ability sits at 90 seconds by default, it can be decreased by five seconds for each target that it critically strikes. Considering it can hit a total of 10 targets—healing five and dealing damage to five more—Chain Harvest could be on a cooldown as low as 40 seconds depending on your critical strike chance.

Additionally, Door of Shadows, the signature Venthyr ability, gives much-needed mobility to a class that’s starved of it.

As a Restoration Shaman, your stat priority should be Versatility > Critical Strike > Haste > Mastery.

Versatility and Critical Strike are the two stats that you’ll want to be focusing on the most, considering that increases to them are going to directly increase your healing throughput. The passive spell Resurgence allows you to gain a flat percentage of your maximum mana back every time you land a critical strike with a healing ability such as Healing Surge or Riptide, making Critical Strike a high priority stat for Shaman players.

Haste and Mastery have their uses, as well—notably in the form of maximizing healing on low-health targets. But the throughput gained from focusing on these stats isn’t nearly as high as it is when prioritizing Versatility and Critical Strike.