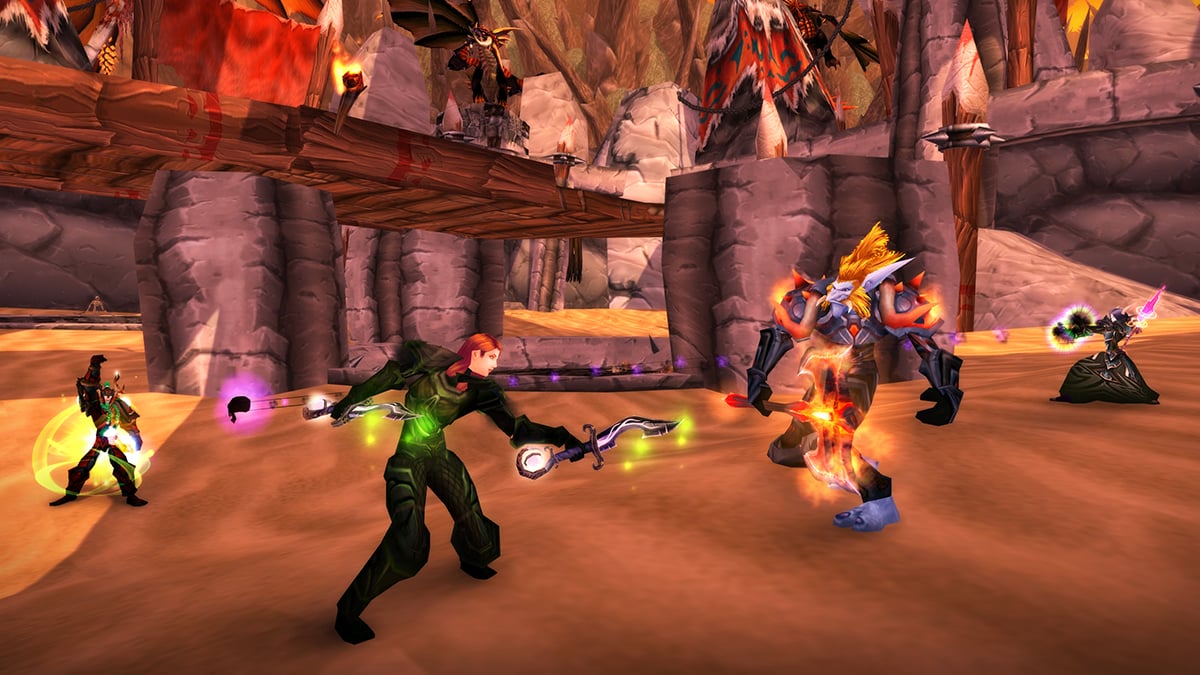 The arena made its debut in Burning Crusade Classic on June 1, 2021—introducing a new way for World of Warcraft players to test their PvP skills and climb the ranks in teams of two, three, and five.

It features a comprehensive MMR system, matching players up against players of similar skill. The arena is a refreshing change from the often one-sided battlegrounds in Classic, rewarding teamwork and coordination over chance and luck.

But which classes and specializations perform the best or worst in arena? We ranked every spec in TBC Classic, from the best to the worst.

Restoration Druid is the best all-around healer in arena. It offers a little bit of everything, including strong and effective healing over time, and multiple forms of crowd control, survivability, and damage. It’s difficult to stick on a well-versed Druid and almost impossible to drain its mana. The spec has the ability to outheal, outrun, and outgun its opponents.

Subtlety Rogue has one of the most versatile toolkits in arena with an endless stream of crowd control and damage but also survivability. The spec is flexible in a number of top-tier comps, combined with classes like Mage, Warlock, Druid, Priest, Warrior, and Hunter. It’s one of the most sought-after specs in arena.

SL/SL Warlock, a hybrid between Affliction and Demonology, is another high-caliber, high-skill spec. It has the damage output needed to perform at the highest level in the form of damage over time abilities, but it also has a purge, a silence, a dispel, Healthstones, and more. Like Druid and Rogue, the class has everything it needs to thrive in arena.

Frost Mage excels at surviving and maintaining mana in arena. The spec’s mobility with Blink, its crowd control with sheeps, snares, and novas, and its burst damage with shatter, is unparalleled. But it’s not the most flexible spec in terms of compositions and isn’t as dynamic as some of the specs at the top of this list.

Arms Warrior is another spec with multiple tools at its disposal. Mortal Strike is one of the strongest abilities in arena—it hits hard, but it also applies a 50 percent healing debuff. This will always be sought-after, despite some of the spec’s flaws. Warriors have trouble sticking on a target, which can be frustrating at times.

Discipline Priest is one of the best healers in arena. It has strong defensive cooldowns and heals, but it also has offensive capabilities. It’s an aggressive healer that can easily inflict the killing blow. Alongside a Rogue or a Mage, Priest has plenty of outplay potential.

Beast Mastery and Marksmanship Hunter historically underperformed in arena in TBC, but that’s no longer the case in Classic. Blizzard has done away with the dead zone. The class was previously restricted and unable to perform the majority of its abilities in a distance over five yards—and less than eight yards—from a target. With this mechanic gone for good, the class can inflict damage at a much higher rate. Hunter is already one of the strongest classes in PvE and is now a respectable class in PvP. But it still has a hard time fitting in some compositions, due to its overlap with diminishing returns.

Restoration Shaman is a slower and more arduous healing class than the two top dogs on this list. It has an endless amount of utility in the form of totems and burst damage in the form of Bloodlust/Heroism, but its heals aren’t quite up to par. It lacks healing over time and instant-cast heals, and its damage output could be better.

Shadow Priest has a similar skill set to Warlock. The damage isn’t quite there though, nor is the utility. It has healing abilities, unlike most DPS specs, and strong crowd control, but it tends to run out of mana.

Elemental Shaman is the ultimate hybrid spec. It offers consistent damage, healing, utility, and, of course, the all-powerful Bloodlust/Heroism.

Balance Druid has a little bit of everything, including strong single target damage, AoE, healing, and crowd control. The spec is similar to Resto Druid in that regard. But like Shadow Priest, mana is an issue.

Retribution and Holy Paladin, Enhancement Shaman, and Feral Druid don’t cut it in arena. They each lack some of the fundamentals you need to thrive in PvP.

But the specs are viable in some circumstances and shouldn’t be dismissed altogether. They each have their niche and can certainly climb the ranks in arena. They’re just not quite as good as the other specs on this list.

The specs that aren’t on this list are barely worth mentioning. They’re more catered to raiding and often fall too short to make a real impact in arena. If there was an F tier, that’s probably where they’d be.