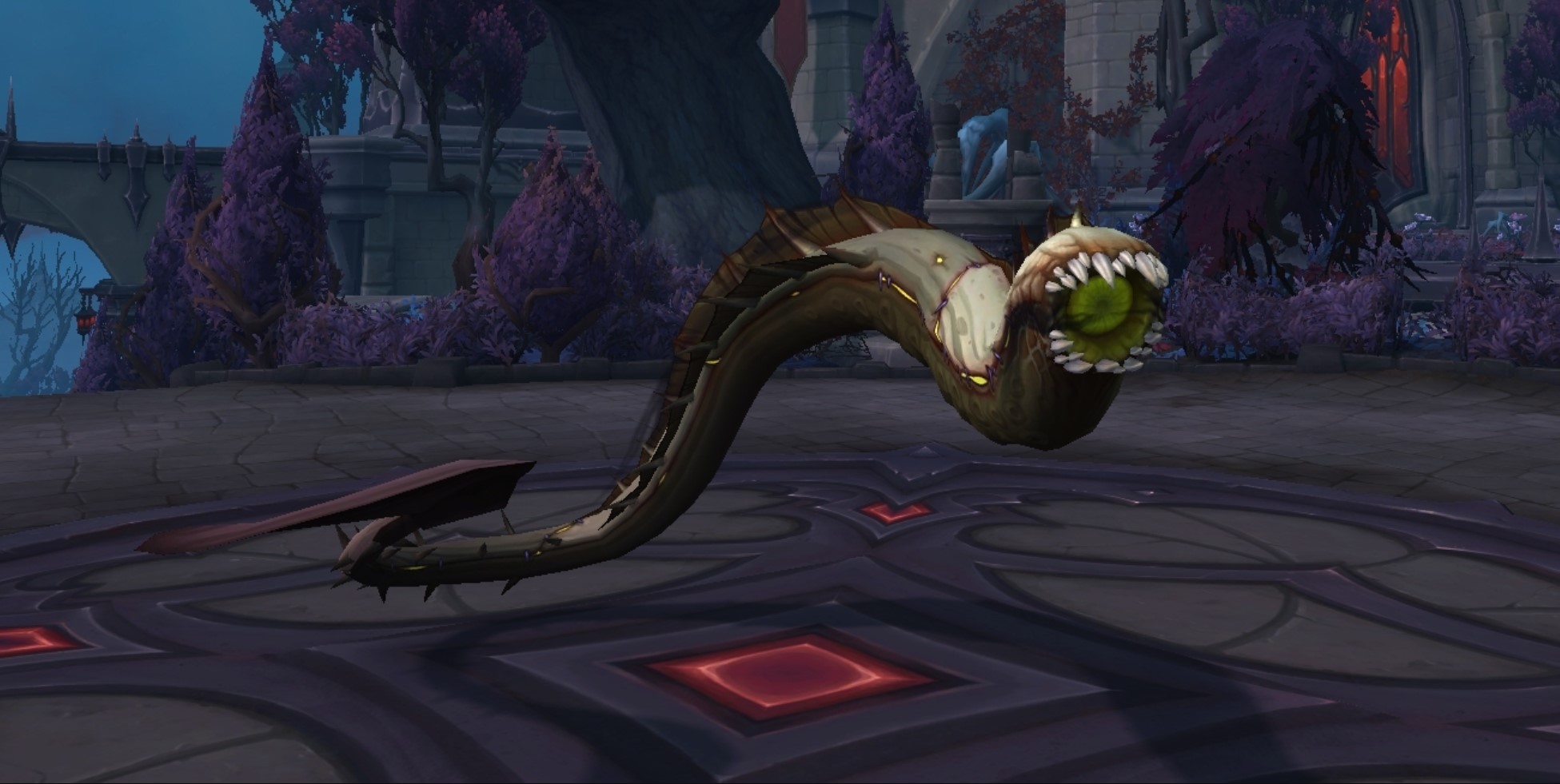 It’s rare for the World of Warcraft secret-hunting community to discover a secret item in the game by accident. But the latest discovery made by players, the Slime Serpent mount, was made without intent. A WoW YouTuber named Durendil found the mount by accident while completing the Plaguefall dungeon completely solo.

As it turns out, completing that specific dungeon solo was the only requirement to unlock the mount. In fact, players only need to kill the final two bosses of Plaugefall on Heroic or Mythic difficulty to obtain the Slime Serpent. The first two bosses of the dungeon are totally irrelevant to this challenge and will be completely skippable during your run.

Here’s what you need to do to unlock the secret Slime Serpent mount in WoW: Shadowlands.

To obtain the mount for yourself, you’ll need to kill the final two bosses of Plaguefall—Domina Venomblade and Margrave Stradama—on Heroic or Mythic difficulty by yourself. Thankfully, players can skip the first two bosses of the dungeon, making the process slightly easier.

Classes with invisibility abilities such as Rogue, Hunter, and Mage will have an easier time sneaking past Globgrog and Doctor Ickus. But a Potion of the Hidden Spirit, which grants invisibility for 18 seconds and is usable by all classes, can be used in a pinch.

Once you make your way past the initial trash mobs and first two bosses of the dungeon, you’ll have to defeat Domina Venomblade and Margrave Stradama, who are two relatively hard bosses to fight solo if you’re not careful. Domina, in particular, could be tough to deal with for classes that don’t have an ability that makes them immune to the stun from Shadow Ambush. But as long as you can take on the Brood Assassins she summons before they overwhelm you, the fight should be manageable.

As for Margrave Stradama, you’ll want to make sure you’re dodging Plague Crash since damage from one tentacle could be enough to take you out. Additionally, classes that have an ability to clear diseases, such as Priest or Paladin, will have an easy time dealing with her Infectious Rain.

Once you manage to take down both bosses, head back to the area where you killed Domina Venomblade. There, you’ll find a Curious Slime Serpent on the left side of the room that you can interact with.

Simply click on the serpent to “pet” it, and after a short moment, the mount will be added to your collection.