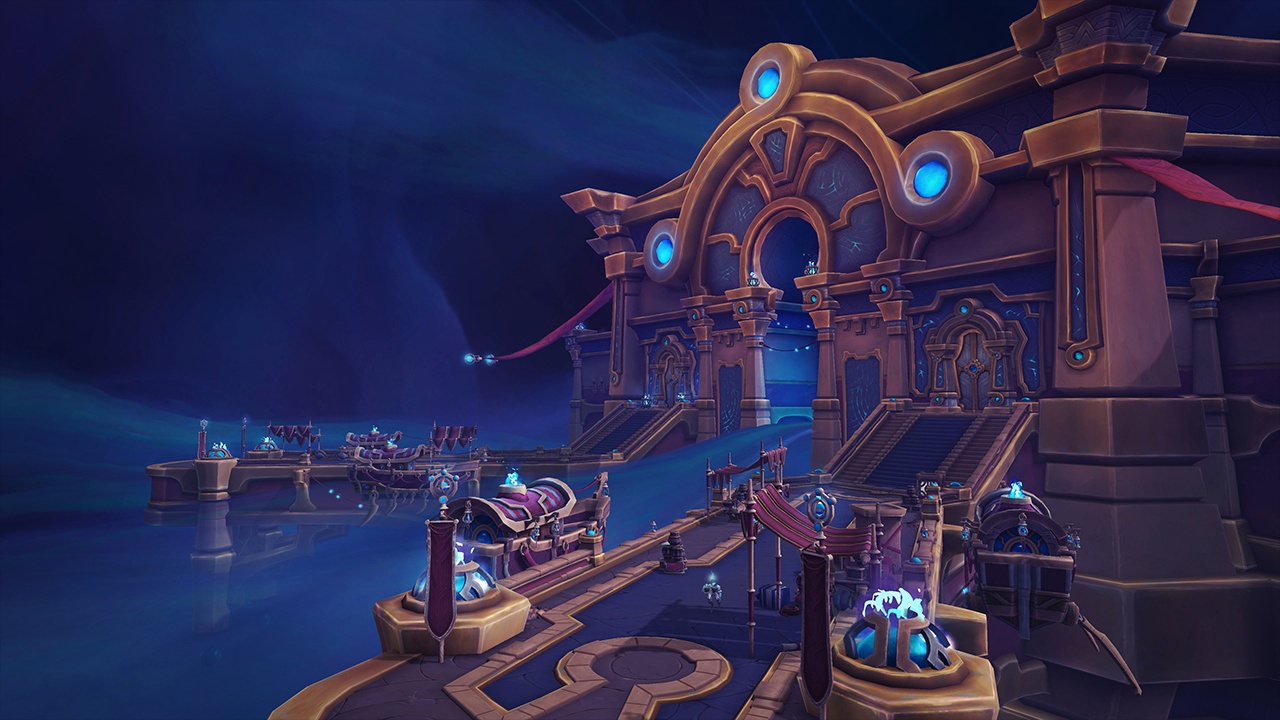 Tazavesh, the Veiled Market is the latest “megadungeon” added to World of Warcraft: Shadowlands. The dungeon contains more bosses than any other dungeon in Shadowlands and is easily the largest and longest dungeon the expansion has seen to date. Its expansive size rivals past dungeons such as Operation: Mechagon from Battle for Azeroth and Return to Karazhan from Legion.

Tazavesh presents players with eight unique boss fights, all of which are lined with new challenges, mechanics, and in some cases, puzzles. The size of the dungeon makes clearing Tazavesh a bit of a time investment. Players can expect to spend at least 90 minutes inside the instance, even when firing on all cylinders and taking down bosses at breakneck speeds.

The dungeon doesn’t have a Mythic+ variant at this time, but players can expect to see one added in a later patch. Still, even without the extra challenges of Mythic+, Tazavesh will be a formidable task for all WoW players. Here’s everything you need to know about World of Warcraft’s latest dungeon, Tazavesh, the Veiled Market.

Unlike all other Shadowlands dungeons, Tazavesh requires a brief questline to be completed before entering the instance is allowed. If anything, the sequence is quite similar to attunement processes from WoW Classic but far less strenuous and complex. Attunement to Tazavesh can be completed in as little as 10 minutes.

To start the attunement process for Tazavesh, head to Oribos and speak with Host Ta’rela. The innkeeper will offer a quest called “The Al’ley Cat of Oribos,” which will kick off a quest chain that you’ll need to complete to reach the dungeon. The quest chain itself is relatively quick and is contained entirely inside Oribos. After finishing it, you’ll take a boat ride that will lead you directly from the city to Tazavesh.

Zo’Phex, the first boss of Tazavesh, is a relatively difficult opening encounter, considering the major mechanic of the fight involves a huge shield that makes the boss undamageable from the front. DPS players will have to circle around Zo’Phex, landing cheap shots on the boss from the back throughout the course of the fight. Plus, Zo’Pex will occasionally throw players’ weapons across the room, forcing them to physically retrieve them before they can attack again.

A three-phased fight, the Grand Menagerie introduces different mini-bosses to the arena in quick succession. The fight itself is very straightforward and requires players to dodge large, harmful AoE abilities while dealing enough damage to the current boss before the next boss spawns. If more than one boss is active at any time, players might find themselves getting overwhelmed.

Mailroom Mayhem will force players to stay on their toes since it’s an incredibly healing-intensive fight. Between soaking abilities like Fan Mail and Money Order, healers will have to do everything to keep their teammates alive throughout the encounter. The most important mechanic to keep track of, though, is Unstable Goods, which spawns a package at a random location in the room. Players must click on the package and throw it into the designated mail chute or else your entire group will take enough damage to cause a wipe.

Myza’s Oasis is perhaps the easiest encounter that Tazavesh has to offer. Simply stand on the stage to collect notes around the room. Hitting 10 notes activates a set of guards to come and attack you. And once two waves of guards are dispatched, a large boss named Zo’gron will appear. As long as you stay spread out and avoid standing directly in front of Zo’gron, you’ll breeze through the encounter.

The main thing you should be keeping a close eye on during the So’azmi fight is an ability called Shuri, the expanding circle that makes its way to the perimeters of the room. You can’t outrun the ability, so you’ll need to use the several teleporters placed throughout the room to evade the ability. Make sure you pass through a teleporter with the corresponding shape to make it past the expanding circle and fill whatever downtime you’re spending not running through teleporters damaging the boss.

During the initial phase of the Hyllbrande encounter, players will need to make sure that they’re taking care of the Vault Purifiers that the boss spawns periodically. Dealing damage to them, as well as the boss, will eventually bring about an intermission phase that’s a bit tougher to deal with. During this phase, one player should click the center console at the front-end of the room to reveal a set of runes and their corresponding location in the area. Other players should then refer to the information displayed on that console to deliver the runes to their required location—all while taking ticking damage. If you manage to survive this phase (or deal enough damage to the boss before it even occurs), you’ll be able to make it past the encounter.

The second to last boss of Tazavesh continues the dimension-traveling theme of the dungeon’s final section, with players battling Timecap’n Hooktail on the shores of Boralus. Timecap’n Hooktail is a tank-intensive fight. There will be a ton of movement and kiting that the tank will have to keep track of. As long as your group’s tank makes sure that they’re kiting the boss in front of the adds to take them out with the boss’ breath attack, in addition to keeping the boss out of the fire on the ground, DPS players will have an easy time landing hits on the boss.

The final encounter of Tazavesh is quite difficult but can easily be broken down into several sections. First, make sure the assassins that So’leah summons are taken down as quickly as possible and are consistently stunned and interrupted. If left unattended, they’ll wipe your group without question. Next, make sure you’re spacing enough time between your group’s different hits on the Collapsing Star that So’leah summons. As long as your group members don’t have the star’s debuff applied to them, you can go ahead and deplete more energy from the star safely.

All items that drop in the standard Mythic-level version of Tazavesh drop at an item level of 226. That’s relatively high for Patch 9.1 and especially high for players who might have taken a break from the game and are looking to gear their characters up again during the new patch. For reference, that’s the same item level of gear that players would receive for completing a level eight Mythic+ keystone. If you activate hard mode for Tazavesh before starting the dungeon, all rewards inside the instance increase to item level 233.