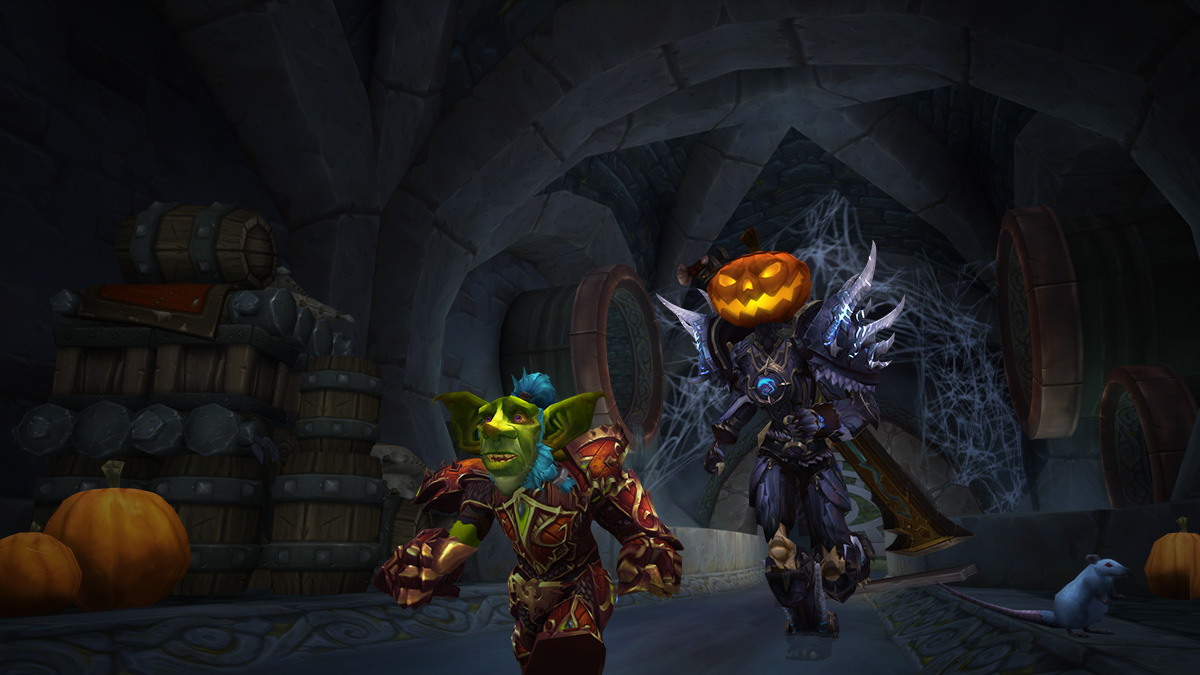 The Hallow’s End seasonal event is live in World of Warcraft: Shadowlands. For the next two weeks, players will be able to complete various activities and seasonal quests that are only available once per year. From defeating the Headless Horseman to trick-or-treating at the various inns and taverns across Azeroth, there’s plenty of Halloween-themed content to explore in WoW at this time of year.

And while not much has changed about the structure of the event itself from 2020, collectors and achievement hunters will be able to celebrate Hallow’s End in the Shadowlands for the first time. Here are all of the items available to collect during this year’s World of Warcraft Hallow’s End event.

Gathering a group of five players to take on the Headless Horseman in the Scarlet Monastery dungeon is one of the most notorious highlights of the Hallow’s End event each year. In 2021, players must be level 50 or higher to have a chance at obtaining the Loot-Filled Pumpkin from the Horseman, which in turn has a chance to contain the coveted mount, the Horseman’s Reins. Beyond one of the game’s most iconic limited-edition mounts is a full-blown loot table, though. Here are all of the items you can receive from the Headless Horseman encounter.

In Val’Sharah, behind the town of Bradensbrook, you’ll find a quest giver named the “Hag of the Crooked Tree”. Speak with her to start a one-off quest that requires you to drink from a nearby cauldron and put one of the hag’s undead sisters to rest. Once you’ve completed a brief boss fight, you’ll earn an item called the “Hag’s Belongings,” which can contain one of four possible cosmetic witch hats. The quest can be completed once per day during Hallow’s End for a chance to collect all four hats.