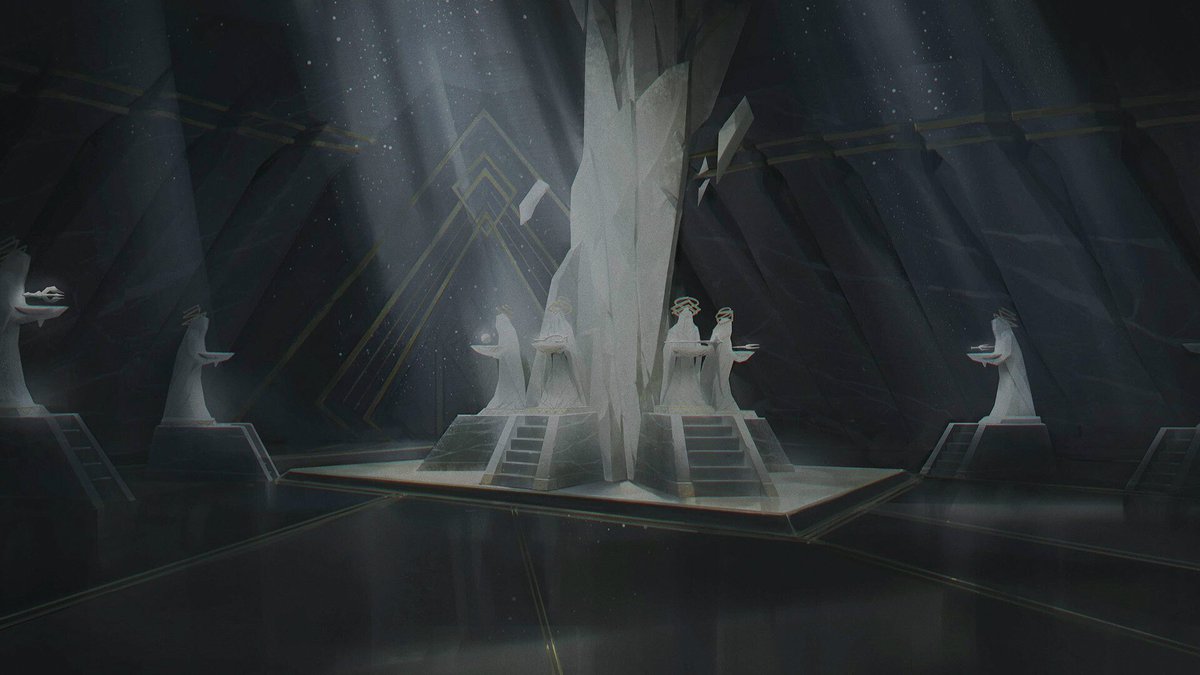 Riot is picking up where VALORANT’s Ruination skins left off and releasing a second League of Legends-themed bundle.

Sentinels of Light is the counterpart of Ruination—a sister bundle that includes skins for the Vandal, Operator, Sheriff, Ares, and melee.

“Like with Ruination, we have this as a sort of back-to-back thematic that we’re shipping, that also relates to League,” Marino said. “And this is about the opposite of the Ruined faction, it’s the Sentinels—the champions that fight against the Ruination.”

The Sentinels are an established order of protectors who fight against darkness and push back evil, Marino explained. They’re an ancient order of hunters originally founded on the Blessed Isles and are made up of champions scattered across the League universe. Lucian, Senna, and the game’s latest champion, Akshan, are just a few members of the faction.

Senna, in particular, is key to the Sentinels of Light bundle. The champion was one of the first Sentinels Riot exposed to players. “She has this weapon—a sort of ancient, magic weapon, that has these crystals that just shoot,” Marino said. “The way we described it is that [the Sentinels’] weapons are the light that pierced through the dark.”

Her weapon has a similar look and feel to the Sentinels of Light bundle and is instantly recognizable with the Vandal, Sheriff, and melee. “This is very much like that good versus evil, light versus dark kinda play that we’re going for,” Marino said.

The base variant of the bundle is white, gold, and black with a crystalline barrel and a reflective surface. It’s almost the opposite of the dark and gritty-looking Ruination bundle. But it also comes in several different colors, including pink, “Reyna” purple, and “watermelon” red and green.

“[These variants] are different than the others,” Khanolkar said. “They’re a bit more glamorous, a little bit more feminine colors. We haven’t really done that [before].”

The bundle, in a similar fashion to Ruination, also features a gun buddy, player card, and a new style of melee. “[The melee is] kinda built off some of the other styles we’ve had before, but we again just wanted it to feel a little bit different,” Marino said.

The Sentinels of Light bundle will likely hit VALORANT’s shop in the next few days. The full list of details, including a price, has yet to be revealed. But if Ruination is anything to go by, it will set players back 8,700 VP or around $85.