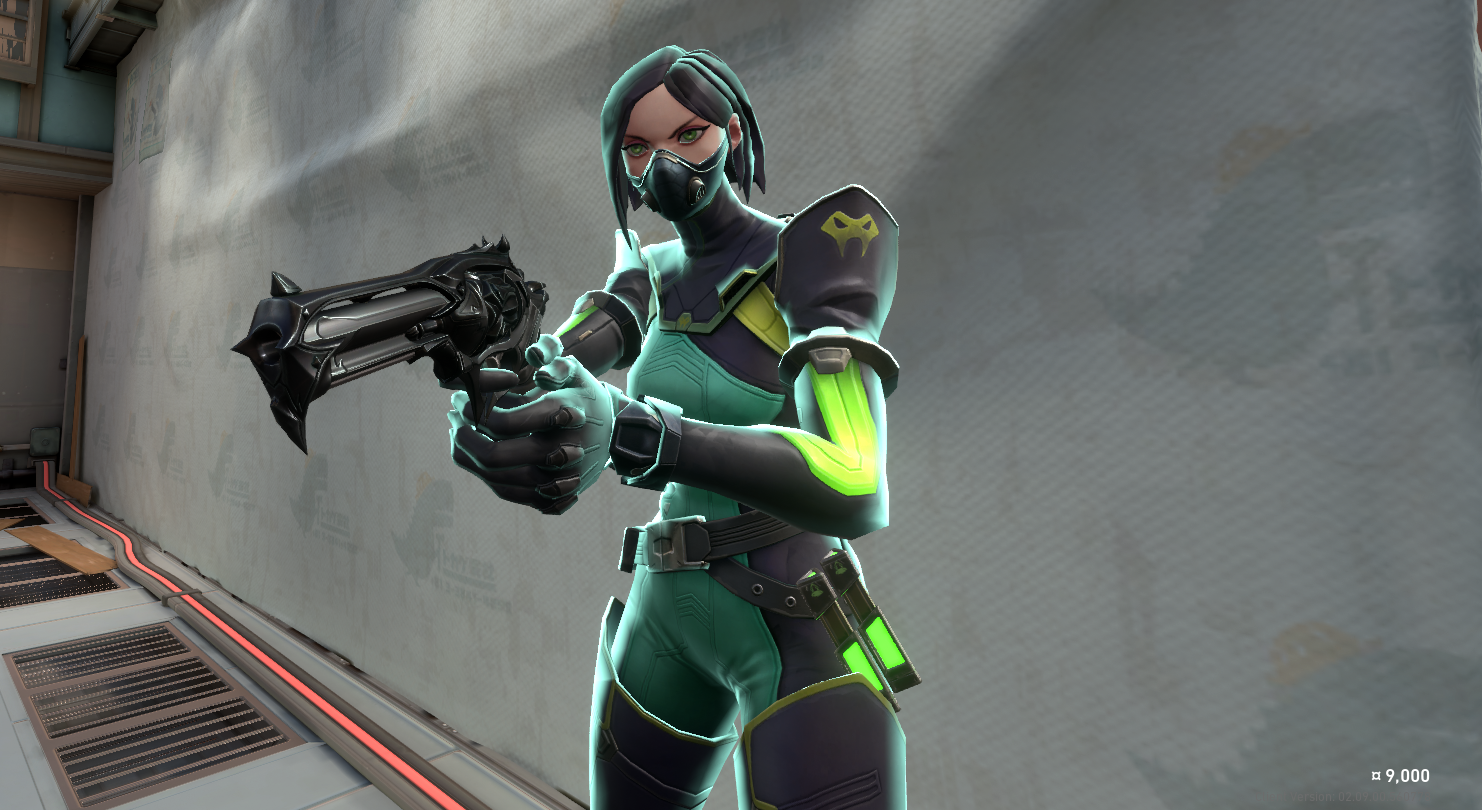 VALORANT‘s Sheriff is feast or famine—either you land a nice headshot or you die in a frenzy of recoil. But regardless of how good your aim is, the right Sheriff skin will make your misses look fashionable.

The tac shooter’s most popular weapons—the Vandal, Phantom, and Operator—are guaranteed to have a plethora of skins. The Sheriff, on the other hand, has fewer options in the skin department because it’s a pistol that’s not used as often as its assault rifle counterparts. Riot still created a beautiful assortment of cosmetics for players to tap heads with.

Here are the best Sheriff skins in VALORANT.

There are several agent-inspired Sheriff skins that players can get by completing contracts, but Jett’s is easily the best.

The Game Over Sheriff uses Jett’s cloud in the design, engraving the pistol with clean waves and an assortment of blue hues. The outlines of the cloud match the cylinder with a nice silver, and the skin is rounded out with a black handle. It doesn’t offer any special animations or sound effects, but it’s free as long as you put in time to finish Jett’s contract. This is a must-pick for the Jett mains of the world.

The Minima Collection is one of VALORANT‘s more controversial skin lines, a simple design that lacks the theatrics commonly seen in cosmetics. But the Minima Sheriff is perfect for players that appreciate a simple design.

At a 1,275 VP price point, players want to get bang for their buck. And at first glance, the Minima Collection might not offer that. But the Minima Sheriff is a great departure from the base skin, featuring a sleek design, a uniquely bright trigger, and neon lights in the cylinder. No, it doesn’t offer a badass finisher, extravagant colors, or a special reload animation. But players who don’t want anything flashy will thoroughly enjoy this one.

For edgy players looking for a gun to match their personality, the Reaver Sheriff is the way to go.

Upgrading the Reaver Sheriff with Radianite gives the pistol lit-up ominous inlays, a ghost-like aura, and haunting animations. When reloading the gun, the bullets float directly into the chamber unassisted by your hands. And finishing your opponent calls up hands from the underworld to take their prey away. If the original purple variant isn’t to your liking, the Reaver Sheriff has three other distinct colorways in red, white, and black.

The Ion Sheriff’s smooth, futuristic design makes it one of VALORANT‘s premier skins.

Easily the coolest part of the Ion Sheriff’s aesthetic is the blue core in the cylinder. Seemingly powered by ion energy, the pistol’s power hits a crescendo with its finisher. When getting the final kill in a round, your target explodes in blue blast of electric energy. The Ion interestingly doesn’t have any variants, so players who purchase the skin will really have to love its white and blue colorway. But that’s not necessarily a bad thing with a skin that does nearly everything right.

The cosmetic’s frame is unique, featuring a geometric design that deconstructs on a whim. Similar to the Ion, the Singularity houses a core that seems to be the source of its power. And similar to the Reaver, new magazines float right into the cylinder when reloading it. With a finisher that literally sucks your enemy into a black hold and some of the best variants in the game, the Singularity Sheriff can do no wrong.