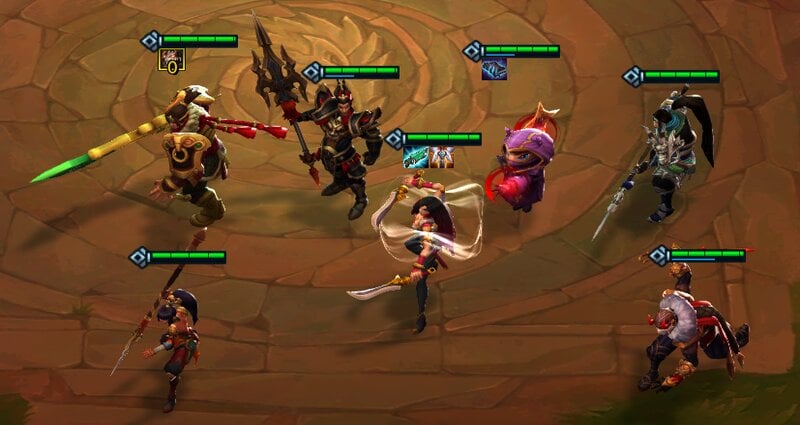 Warlord is a unique trait within Set Four Fates that increases the health and spell power of its champions through traditional synergy methods of having three/six/nine units on the board. But the trait also provides additional spell and health buffs for “each battle they win and victorious battles they’ve already been in,” according to the TFT team.

Having three/six/nine Warlord champions on the board provides a basic stat boost.

With each battle win, those stats increase, providing additional HP and SP that can stack up to five times.

An example of how to build a comp around the Warlord synergy was provided by the TFT team today, showcasing the new Set Four mechanic, Chosen.

Using Katarina as the Chosen champion and primary carry in the comp provides a two Assassin bonus via the new mechanic. This allows her spells to crit while the bonus spell power from three Warlord increases her spell power even more. Pyke and Kennen are the frontline champions who become even “tankier” with the Warlord synergy via battle wins, able to give Katarina more time for her ultimate to go off.

You can test out the Warlord synergies in TFT Set Four on the PBE later this week or when Fates is officially released on Sept. 16.