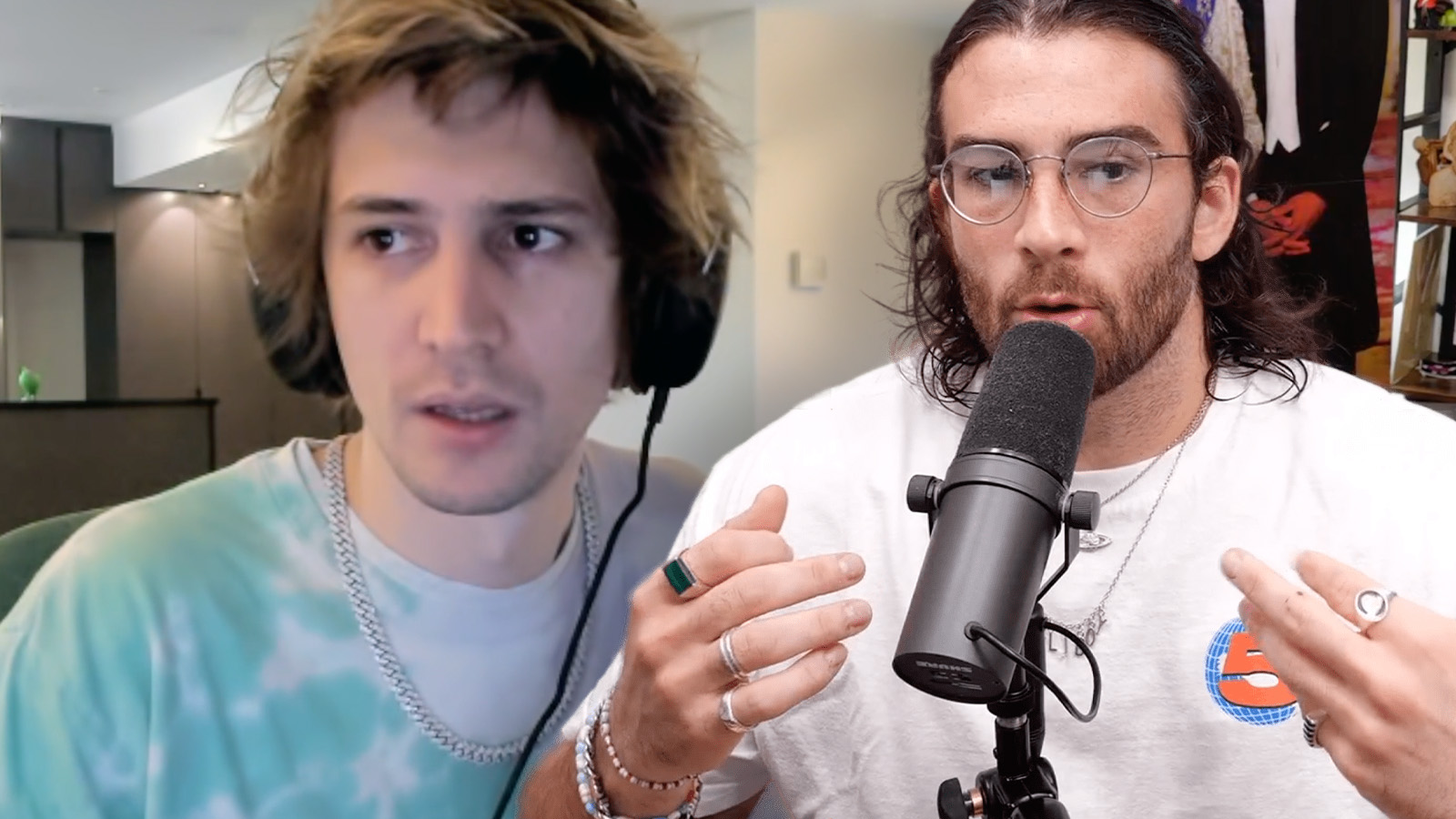 The tension between Hasan Piker and Felix “xQc” Lengyel has never been higher. It started when xQc snubbed Hasan in his streamer tier list, which caused their “fractured relationship” to splinter even more.

It hit boiling point when xQc bailed on ShitCamp in September. A back and forth between them ensued, marking what appeared to be the end of their friendship.

Since then, things have deteriorated even more. The Twitch stars locked horns on social media about the way xQc handled his break-up, and the bad blood is still brewing. This led to an awkward moment while they were on a call with Mizkif to talk about Sliker scamming people.

Shortly after the call ended, a viewer asked Hasan what he thought of xQc bringing up their beef while trying to address a far more important issue. Hasan said, “It doesn’t matter. xQc is a fucking child.”

“Even though he is 27 years old, he is literally a manchild. A baby,” he said. “He behaves like a fucking spoilt little kid because he is a spoilt little kid and his lifestyle will always be facilitated for the rest of his fucking life.” Then, he delivered a blow by referring to the time xQc chewed on his toenail on stream.

“I don’t give a shit about a dude who eats his toenails on camera,” Hasan continued, in response to the latest drama, “when we’re talking about something serious.”

At this point, it’s hard to imagine that xQc and Hasan will be able to put their differences aside and patch things up. They’ve done it in the past, but things between them are worse than ever.

In the end, they’re very different streamers, both in terms of content and communities. There are many claiming their friendship was, perhaps, doomed from the start.