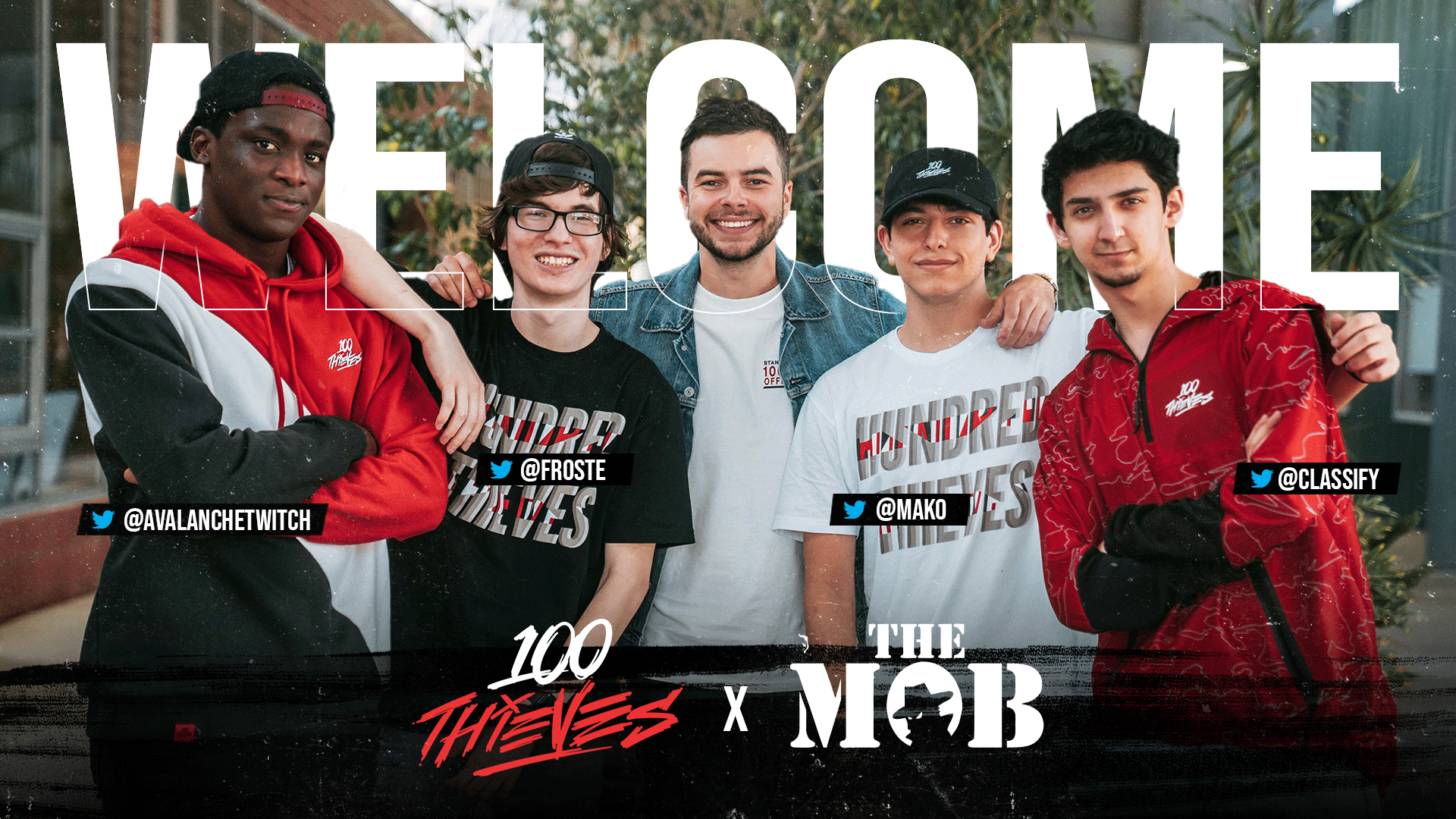 Former 100 Thieves content creator and The Mob member Erind “Froste” Puka has claimed that the organization is “predatory” and that he and other members of The Mob had to skip meals to pay rent while living in Los Angeles.

Froste tweeted earlier today that he missed the house in which he lived with other members of The Mob, a group of four friends who had become known for their stream moderation and Twitter engagements. They were the first content group to sign with 100 Thieves back in June 2019. Shortly after signing, the foursome moved to Los Angeles, where they lived in a content house with no furniture, something that was turned into a joke by 100T CEO Matthew “Nadeshot” Haag.

“Damn, I miss The Mob house,” Froste said. “Imagine we had enough money to where we didn’t have to stress over where our next meal was coming from. Coulda done some big things but I guess we’ll never know.”

In the replies, Froste explained the situation further, claiming that each member had to pay $2,500 a month in rent. When asked why the house they were living in was $10,000 a month to rent, Froste said it was in their contract that The Mob live close to the 100 Thieves’ content house.

Froste also claimed The Mob members were getting paid $1,650 each after taxes, which was not enough to cover housing. This led to the members allegedly skipping out on meals and begging their parents for money to get by. Froste implied that this was the reason why former The Mob member Joseph “Mako” Kelsey left and took a break from social media.

“$2,500 each in rent a month while only getting paid $1,650,” said Froste. “There were so many days where we had to skip meals cus we couldn’t afford to buy food unless we begged our parents to send us money. It’s truly a wonder why Mako wanted to leave The Mob and move back with his family!”

Twitter users were still not convinced by Froste’s story and asked why the team didn’t go to 100 Thieves for more funding or why the team didn’t create more content, considering The Mob was rarely seen streaming during the early days and only appeared in a handful of videos.

“LMFAO you have no idea how much we asked [100 Thieves for funding], it got to a point where it was almost pathetic,” said Froste. “But go ahead man, blame the 20-year-old kids that had no idea what they were doing instead of the 100+ million dollar predatory organization.”

Froste and other former The Mob members still create content separately on their Twitch channels and are still active on Twitter but have never re-formed The Mob. 100 Thieves has not commented on the allgegations made by Froste.