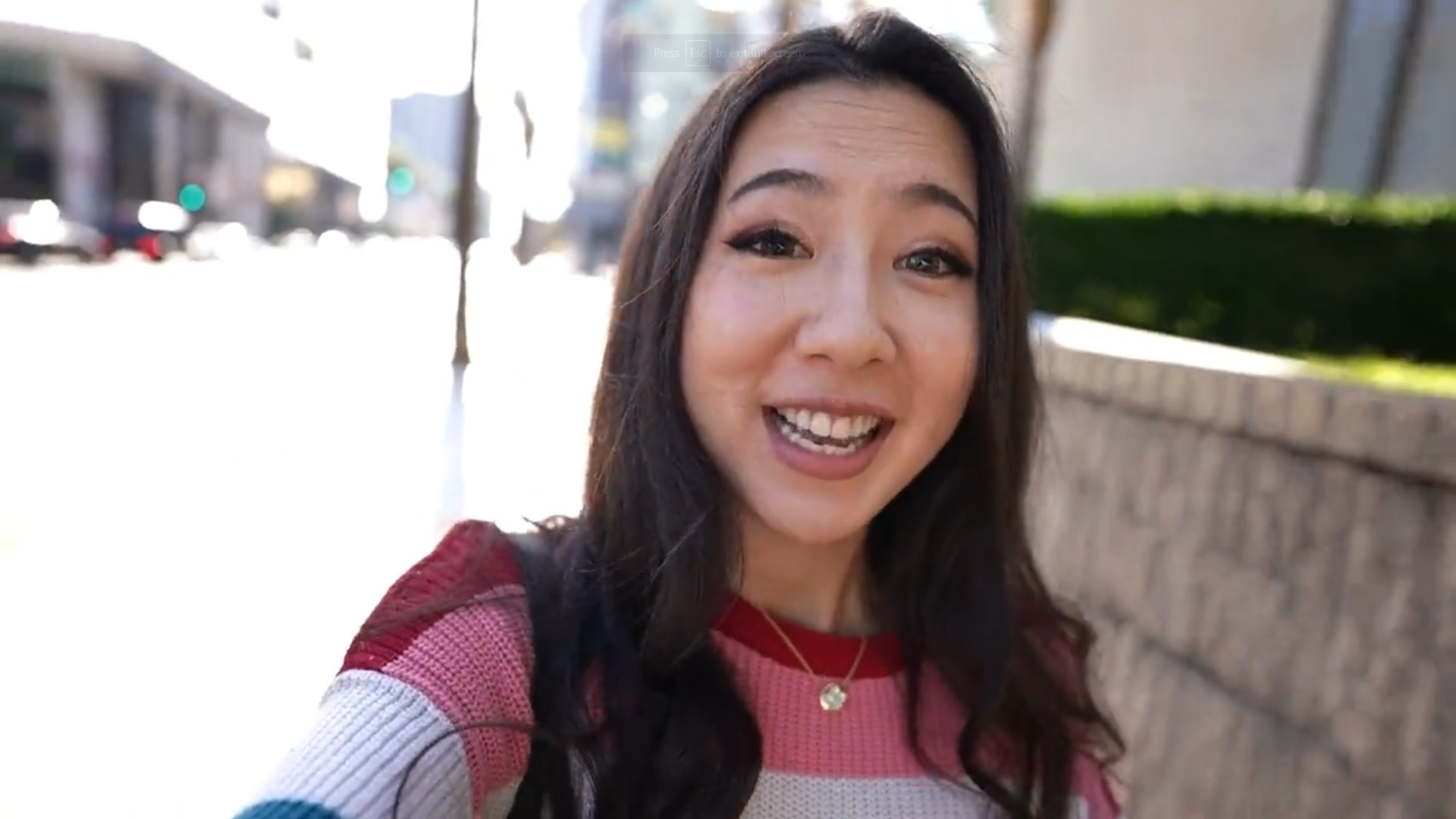 Leaking information that pointed to a potential move off of Twitch nearly one year ago, Fuslie’s move to YouTube quickly became known as an inevitability to many viewers. An emotional goodbye to her Twitch chat on-stream all but closed the case on livestreaming’s worst-kept secret. But the musician and gaming streamer finally put the rumors to rest in a recent video, confirming that she has now found a home on YouTube Gaming.

Like many other YouTube announcement videos before hers, Fuslie used the conventional color schemes of both platforms to confirm her choice. Walking by several guitars representing the varying livestreaming platforms, hilariously painting Facebook’s streaming service as a minuscule ukulele, the 100 Thieves content creator eventually landed a pristine, red guitar.

Shortly after her announcement, Fuslie was welcomed to the platform by many of the now-turned YouTube exclusive content creators. The livestreamer even joked about the open secret, replying to Peter Park by writing “kept this one a secret.” Though Fuslie’s announcement may not come as a surprise to many, the content creator’s move still elicited excitement from fans, fellow content creators, and her streaming compatriots already on the platform.

YouTube has massively expanded its roster of active livestreamers over the years, with Fuslie being only the latest addition to the quickly growing division. Though creators on the platform have no shortage of gripes with their new platform, many are confident that YouTube will only continue to grow. With more Twitch-exclusive content creators seeing their contracts expire in the coming months, it is entirely possible that we see even more livestreamers make the switch.

Fuslie is set to have her first stream tomorrow, Sept. 7 on YouTube.com/Fuslie.