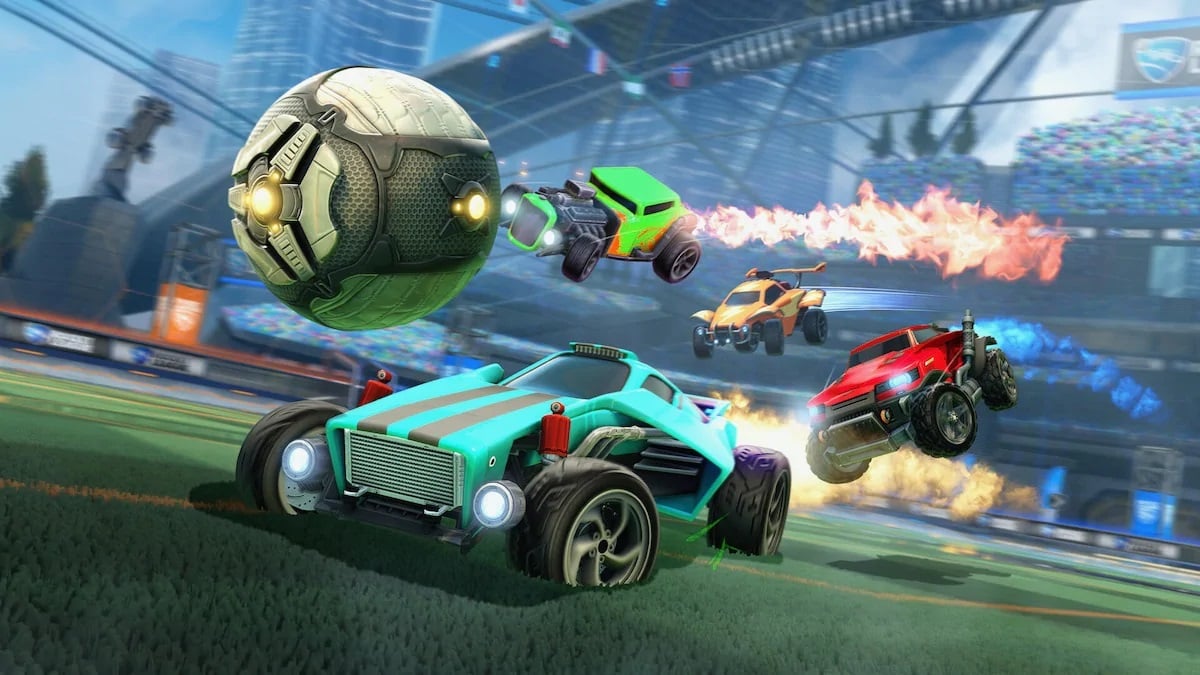 Video Game publisher Psyonix released the vehicle-based soccer multiplayer game Rocket League back in July 2015, and it has continued to expand in popularity.

Since its original release on Microsoft Windows and PlayStation 4, the soccer-meets-cars game has expanded into multiple different consoles and platforms such as Windows, macOS, and the Nintendo Switch. Now, more than 90 million people log into Rocket League per month to play alongside their friends and new opponents as the game continues to grow in popularity.

One of the things that have accounted for the game’s rising popularity is the in-game economy that allows for purchases of unique skins, vehicles, and accessories to make Rocket League an experience tailored to you.

With a bevy of various items at the helms for the large player base in Rocket League, these are the 10 most expensive items available in the game.

Disclaimer: While the ratio for credits is $1 to 100 credits, some items may vary due to the rarity of some items and can be dependent on how much it is usually sold for.

So if you were not playing Rocket League back in 2014, the only way to grab this rare antenna was to do so by trading with somebody who does. The Gold Nugget would not be on this list if it did not cost you a pretty penny to acquire. The market value of the Gold Nugget goes for 16,000 credits or $160 real-life currency in trade value.

That being said, since it is only an antenna, it ranks lower than other Alpha Reward Items that are considerably marked up in value.

A popular choice among professional Rocket League players, the Octane on its own is one that is rightfully priced high for its popularity.

But when you take a popular car and have a color that is not readily available, you get the game’s most expensive car at 19,000 credits, or $190. Its rarity makes this specific color of the popular body type a hot commodity.

If you enter a game with this unique color on the popular Octane body, be prepared to answer some major questions about how you got the car.

That being said, if the Titanium White Dominus body type didn’t make a reappearance in September 2021, the only body type on this list could have been placed much higher on this list at 42,000 credits. Even with its reduced price, that does not stop the game’s most expensive body type from cracking the top 10 list at a respectable 24,500 credits and $147 in real-life currency.

The Titanium White Dominus is priced differently depending on where you play Rocket League, but the 24,500 credits pricing is how much it will be valued on PC.

One of three wheels on the list the Black Dieci wheels are an interesting and unique common item. All common wheels, including The Dieci wheels themselves, were easy to acquire because the only requirement was to unlock them by finishing a match offline or online. The painted versions were viewed as somewhat uncommon, though somewhat readily available for trade.

The Black Dieci wheels were discontinued on Aug. 4, 2017, and have only been available through trade since that point. As a result, the Black Dieci wheels are one of the rarest sets of wheels in Rocket League and are valued at around 30,000 credits or $300 in real-life currency.

The level of difficulty to acquire this item did not stop there. These items were only available from June 2017 to January 2018 and were given out during live broadcasts of the event randomly. So even if you did happen to have all these requirements, you would need luck on your side to acquire this item.

All of these requirements along with its sleek design make the Titanium White Apex Wheels one of the rarest items in Rocket League and is priced at 45,000 credits, equating to a $450 real-life value.

The Black Reaper Explosion is available for 75,000 credits, which equates to $450 in real-life currency.

The second of many items only available for participants in the Alpha version, the Gold Cap was an exclusive award handed out to PC players. As a result, its limited availability has resulted in outrageous prices to receive this Alpha version exclusive.

The Gold Cap is a topper that gives players a unique cosmetic that is very desirable in the game. It is worth 104,000 credits and more than $1,000 in real-life currency for those interested in the coveted cosmetic.

Another Alpha Reward makes the list, but the price jump between the fourth-highest entry on this list, the Gold Cap, and the Goldstone is massive.

The prized set of wheels is worth around 600,000 credits or 4,979 on Gamer Item Supply. The Goldstone wheels are one of many Alpha Rewards that are available through trade but are no longer distributed, making the possession of one a rarity.

The Gold Rush is an item only Alpha Testers were given. Aside from its cool gold aesthetic, the Gold Rush is a limited rocket boost that helps provide a competitive edge to your car.

In order to get the Gold Rush boost, players need to be Alpha testers and are also required that player to invite other players to the Alpha. In addition, this method is only available through PC. With an in-game price of 1.05 million credits and a real-world equivalent of $6,300, the Gold Rush is one of the most expensive and rare items in Rocket League.

There is only one item that tops it in rarity and value.

After many items featured during the Alpha version, the number one entry on this list breaks that trend.

The White Hat is the most expensive Rocket League item in the game and is a unique item limited in quantity. The reason this item is so limited is that Psyonix only gave them out as a reward for players if they reported any in-game exploits.

Once the game became free-to-play, the White Hat reward was removed in place of money for in-game exploits. Now, the White Hat continues to become a rarity in the game.

Only a few are known to exist in Rocket League the average sale price for one of these White Hats is 1.165 million credits. With a real-world price of approximately $7,000, the White Hat is Rocket League’s most expensive item. Don’t expect to get the White Hat at this price, though, as the highest-priced White Hat has been known to be sold for more than $12,000.

For more pieces centered around Rocket League, make sure to check out our section dedicated to the game, as well as our list of the best Rocket League camera settings.