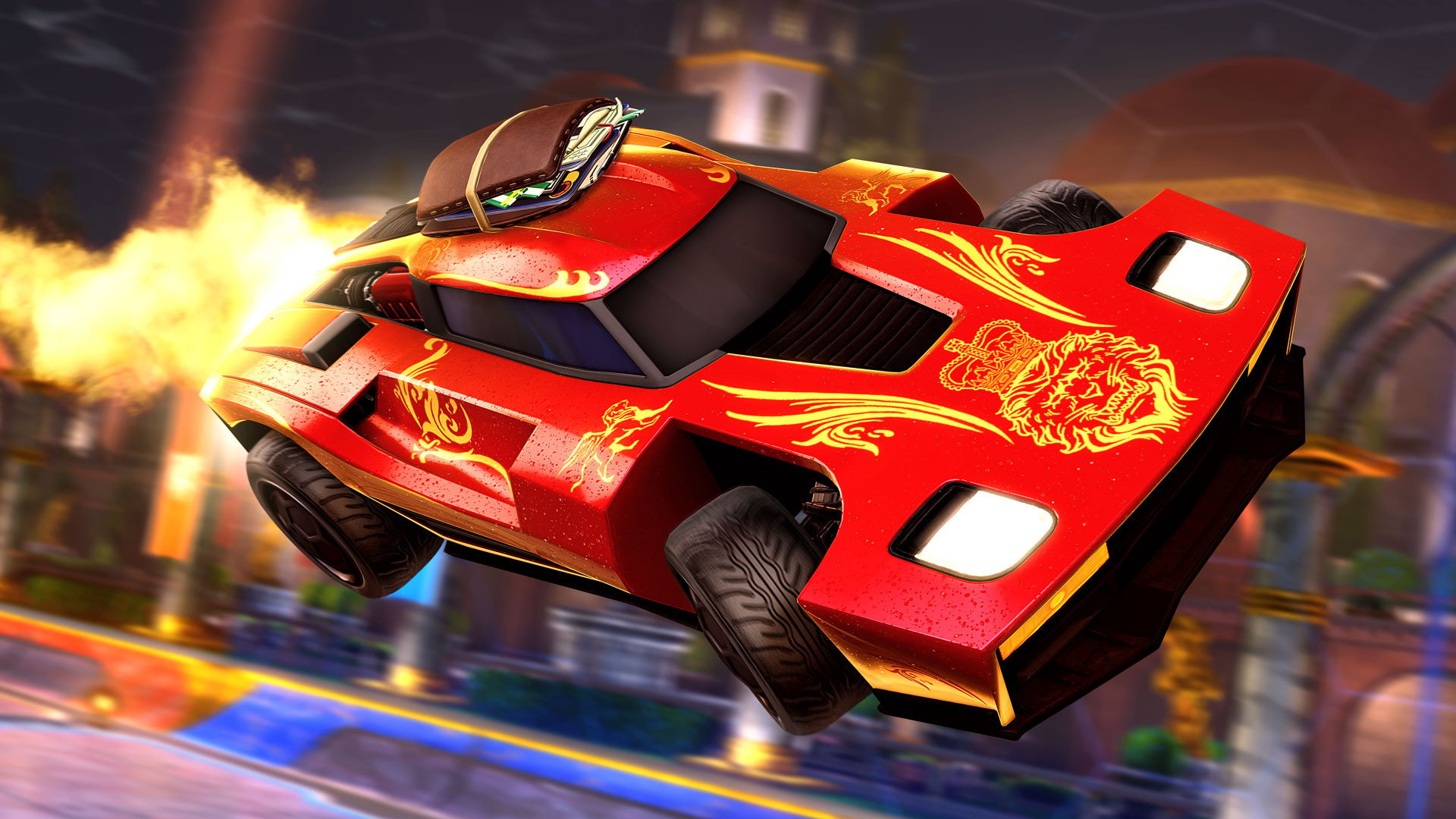 It’s been several years since Rocket League first came out, and since then, players have earned many titles in the game. The developers at Psyonix wanted players to always have something to strive for, so there are even titles no one has gotten. You might be able to obtain a rare title just by playing the game enough. Titles such as these demonstrate a player’s skill and status as an elite player.

Psyonix did not forget those who made the game what it is today. From the first players to those who reported bugs and glitches, Psyonix appreciates its community more than most. As a thank you to the community, Psyonix has given players special titles they can’t get anywhere else. Players can use these special titles to say, “I was a supporter for a while.” They are as rare as the titles you can earn today. Those who played the game when it first came out helped Psyonix reach this point and should display their titles with pride.

Our list below highlights the rarest titles in the game, most of which are ranked high, which means you have to work hard to see them.

Before Epic Games bought Psyonix, it was a smaller studio that happened to make it big with the sequel to its first game, Supersonic Acrobatic Rocket-Powered Battle-Cars. Rocket League’s Discord staff used to have cool titles like Moderator when it was a smaller community. This has changed to giving any staff who work exclusively on the game’s Discord the title of Discord Legend. It’s a big step down from the titles they could use before, but it’s more accurate about who really helps the game improve. If you see a Discord Legend, know that they work on the game’s Discord.

You have to be a staff member of Psyonix to have a title that declares that you are a staff member. Depending on your position on Psyonix’s staff, your title may be moderator or developer, for example. It’s possible to achieve this in Rocket League, but it doesn’t require in-game skill. To get this title, you’ll need to be good enough to get a job at Psynoix. If you happen to run into someone with this title, be on your best behavior because they genuinely have influence.

Rockets Engaged is pretty difficult to prove because you can always try and lie your way to this title. First, you need to have met a person while playing Rocket League and then become their friend. Then, you’ll need to fall in love with this stranger, which can be easy for some. After you’ve fallen for them, you need to make sure they also share those feelings for you and begin dating. After all of that hard work, you now need to convince them to agree to marry you. It is hard enough in real life, but Psyonix sometimes wants its rare titles only to be accessible to the most dedicated. As soon as you prove that you completed the steps for the title, Psyonix will send it to you and your significant other. After that, you can move on to the next challenge.

You’ll have a chance to play in the big leagues once you’ve earned the Rockets Engaged title. Rockets Engaged is pretty hard to get on its own, but only two couples have been able to get Rocket Husband and Rocket Wife. To get it, you must marry the person you got Rockets Engaged with. The choice is to spend a lot of money on a big wedding or go to Vegas and have a cheap wedding in a few days. You don’t have to invite the entire Psyonix staff to your wedding, but it wouldn’t hurt. Once you’ve confirmed it, you’ll have a new spouse and a new Rocket League title for each of you.

If you come across someone with a Rocket League Champion title of any year, you might as well quit. To qualify for this title, you must beat the best players in an official tournament-style competition. The fact that very few players have a title like this means that if they wear it, they will prove it every time they play. When dealing with someone with this title, you don’t want to get caught off guard because they will punish you for every mistake you make. This can be achieved by joining an official organization, such as Moist Esports, and competing against other players in a championship.

The only two players to receive this title are Pierre “Turbopolsa” Silfver and Alexandre “Kaydop” Courant. It means you have won three Rocket League championships. A title like this is extremely rare, but it makes a huge statement about one’s skill and dedication to Rocket League. Many of the titles in the game signify that you’ve been playing the game for a long time, so they don’t really indicate that you’re a great player. If you’ve earned this title, no one should be able beat you as long as you’re trying to win a match.

Basketball fans often debate about “how many rings do they have?” when discussing how good a team or player is overall. Rocket League requires you to be a great player on your own since you do not get a large team. A player’s championship record holds a lot of weight when determining who is the best. One player has achieved the four-time championship title, and that is Turbopolsa. Many people consider Turbopolsa to be the best Rocket League player of all time since he constantly shows that he has a skill above many others. You are untouchable with this title.

Rocket League gives players titles based on their experience level. When you reach level 20 at 190,000 experience, you’re rewarded with the title Veteran. Those titles continue as you reach higher levels and get more experience, all the way up to level 1,000. Only a few players have earned this because it takes a staggering 19,790,000 experience points to earn. This title can be earned even if you have only a Bronze level rank because you just need to keep playing to gain experience. Psyonix normally adds titles where needed, but we don’t see them adding another title until someone reaches level 1,250 since going from 1,000 to 1,100 doesn’t feel like that much of a leap.

Players who joined Rocket League in any of the years in which it was not free received a title when it became free. If you joined right when the game was released in 2015, you would’ve gotten this incredibly rare title, proving you supported the game despite little incentive at the time. Having this title declares that you are basically one of the founding players of Rocket League. Never be ashamed to display this title regardless of the league you play in.

In the Rocket Demigod entry, we explained how titles work for experience, but there is more to it. Before getting to level 700 became common, Rocket League had a different set of level titles. Supersonic Legend was removed from the 700 title list when Psyonix added the new titles, and the devs added Legendary Nemesis as the new level 700 title. Those who were able to earn Supersonic Legend are among the few to have it since it is no longer possible to earn this title.

White Hats are players who discover a bug that negatively affects the game. To present the bug to Psyonix, they had to record it in action. It is no longer possible to obtain the White Hat title since the staff is large enough to find all the bugs themselves. White Hat Legend is even rarer than White Hat, with only two players possessing it. Rocket League players Cobra and Null, who hold the White Hat Legend title, found a game-breaking bug that caused the entire game to crash. QA testers look for this type of bug the most, and the developer must resolve it immediately.

Earlier versions of Rocket League had an XP level cap of 75, and Rocketeers were only awarded the title after reaching XP level 74. Rocket League player Stoney posted evidence on Reddit proving that they were the first player to achieve this title. As a result, Psyonix gave him the title of First Rocketeer. Rocketeer can now be obtained by level 100, but you will never be the first to obtain it.

The Pigeon Man title is one of those titles given to a player who is a little overzealous. Psyonix awarded this title to Rocket League player Johnz12321, who collected 1,000 pigeon car toppers without any apparent reason. No one else can receive this title, even if you do collect the same amount of pigeon toppers or more than Johnz12321.