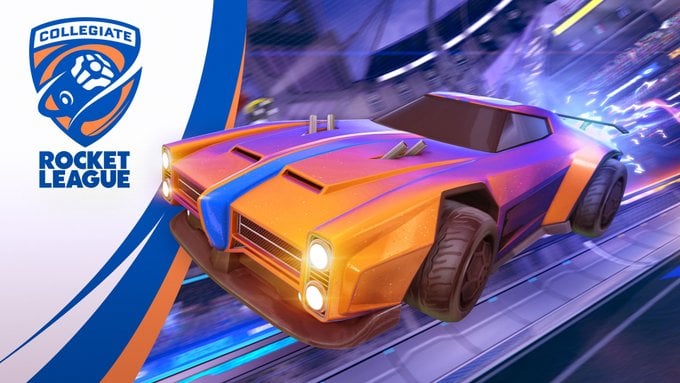 The Collegiate Rocket League Spring Showdown 2020 is about to kick off, and with it comes a chance for dozens of universities to claim the top spot in the CRL and for viewers to get drops for just watching the matches.

A grand total of 64 teams will be competing across an Eastern and Western bracket from April 21 to 29 for a prize pool of $50,000 in scholarships.

The favorites, teams like the University of Akron and Louisiana State University, will be playing teams that qualified through the Open Qualifier tournament. The winning team will earn $13,500 in total scholarships, while second place will take home $8,500.

For those supporting the colleges on Twitch or just wanting to watch some Rocket League, Psyonix has enabled drops for a special set of rewards. All you need to do is link your Twitch and Rocket League account and watch the matches in order to start earning those drops.

As for the drops themselves, there are two decals, three wheelsets, two Player Banners, and a single Player Title. The most coveted of the rewards will likely be the Fallen Angel banner, which might draw slight inspiration from a certain remake that was released recently.

The CRL Spring Showdown will be live on both the CollegeCarball and Rocket League Twitch channels, with both broadcasts airing matches in the Eastern and Western brackets. If you want to view the full list of teams and brackets, you can find them on the event’s Liquipedia page.

Matches will begin at 7pm CT every day from April 21 to 29, with the Spring Showdown Championship airing on April 29.