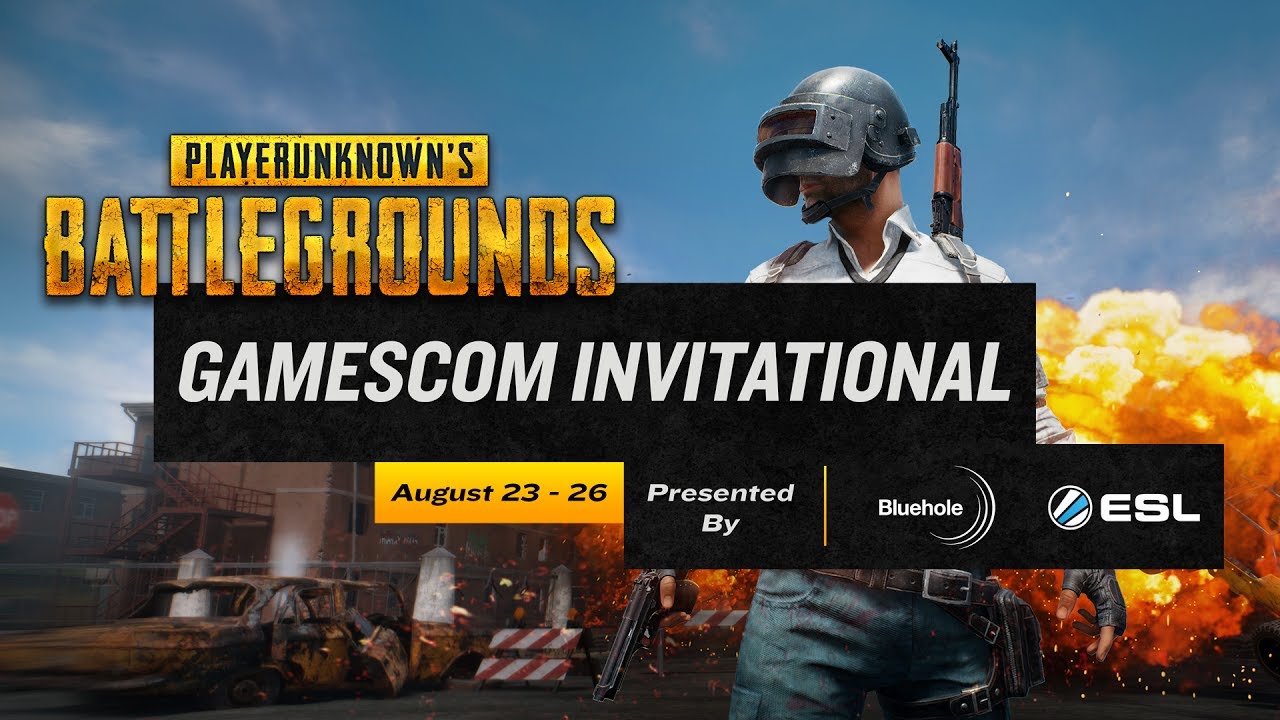 Today, PlayerUnknown’s Battlegrounds will have its first official LAN tournament at Gamescom in Cologne, Germany. Hosted by game developer Bluehole together with ESL, the PUBG Invitational promises a prize pool of $350,000 and the honor of winning the game’s first big esports event.

Since the start of it’s early access program in March, the game has seen unparalleled hype. Within just five months it has sold eight million copies, pulled ahead of Counter-Strike: Global Offensive as the second-most played game on Steam, was named the 6th most popular PC game worldwide, is one of the most-watched games on Twitch, and attracted the interest of esports powerhouses like TSM, Cloud9, and Team Liquid.

If you somehow managed to watch PUBG yet, or simply don’t know what to expect from this tournament, we’ve got you covered.

Here’s everything you need to know about the PUBG Gamescom Invitational 2017.

What is the PUBG Invitational and why should I watch?

With some of the game’s best players and most popular streamers attending, it will be the first showcase of PUBG’s esports potential. Commentated by Lauren “Pansy” Scott and Richard “TheSimms” Simms, well-known talents from competitive CS:GO and Halo, the PUBG Invitational has all what it needs to entertain the masses.

What game modes are being played?

The PUBG Gamescom Invitational includes gameplay modes Solo, Duo, and Squad in third person perspective (TPP), as well as an extra first person perspective (FPP) Duo series. The game was designed for TPP, but a growing number of top-level players believe FPP has a higher skill level. However the FPP modes have been added relatively recently, meaning TPP will still be the focus at Gamescom.

A total of 100 players will participate—80 who were invited, plus 20 participants determined by a community qualifier taking place at Gamescom itself. Some invited players represent esports powerhouses like TSM, Cloud9, or Team Liquid, and are fan-favorites to win at least one of the series.

The tournament itself will last for four days, Aug. 23 to 26.

The event started at 11am CEST, today, with the community qualifiers for Duo TPP. The winners will qualify for the Duo TPP series, joining servers with the invited players the next day. On Wednesday afternoon the invited players will compete solo, starting at 4pm CEST (10am Eastern), for a prize pool of $46,000.

On Thursday, the tournament starts with community qualifiers again—this time for Duo FPP—with the winners qualifying for the series on Friday. Starting at 4pm local time, the Duo TPP will see invited and qualified teams battle over a $62,000 share of the prize money.

Friday will offer a free-to-play opportunity for Gamescom attendees as well as community games, all for fun and unrelated to the tournament. In the late afternoon, the Invitational continues with the Duo FPP mode, where qualified players from Thursday join invited teams once more. The prize pool for that series is another $62,000.

The tournament’s last day, Saturday, has another round of community games in the morning and—most importantly—the squad invitational with a total prize pool of $180,000. It’s surely the part of the event many fans look most forward to, as it’s the first time esports powerhouses such as TSM, Cloud9, Team Liquid, or Luminosity Gaming clash against each other in full form.

After three matches for each series, the best overall scores will determine the winners of each type.

How can I watch it?