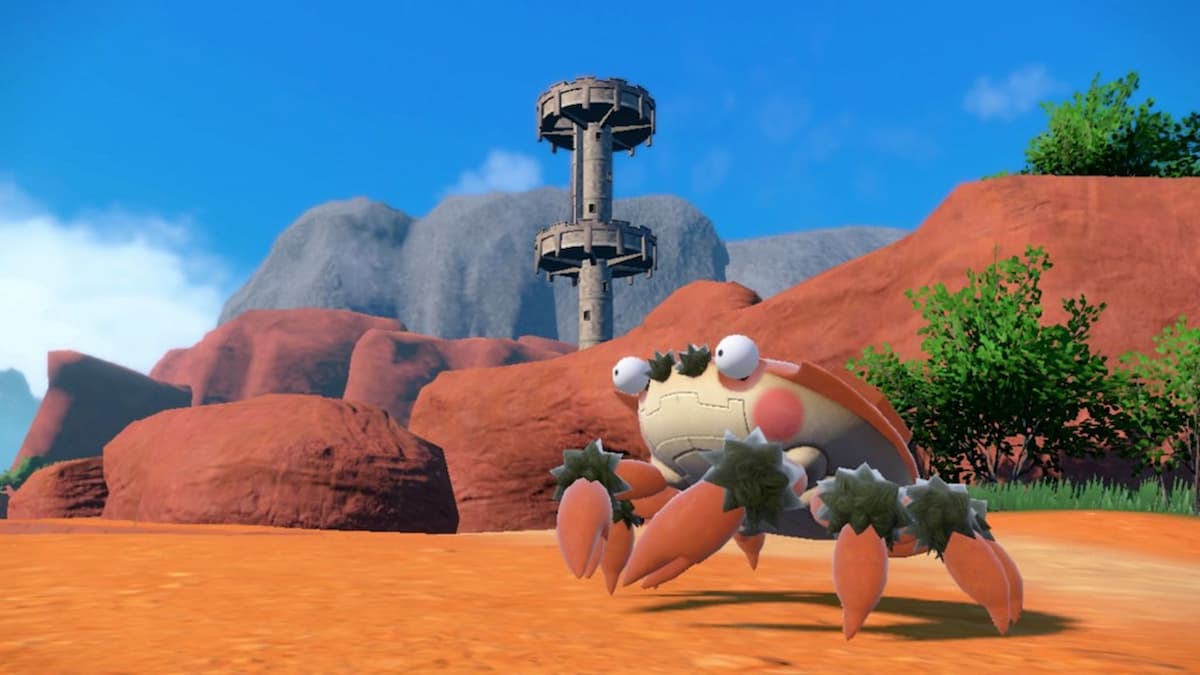 Game Freak has experimented with sub-stories playing out alongside the main narrative in several entries of the Pokémon series, but it hasn’t been done in the same path structure Pokémon Scarlet and Violet is looking to pull off.

Under the wider umbrella of a school study project, players will embark on what is known in Paldea as a “Treasure Hunt.” The specifics of what this project actually is are still a mystery, but we do know three individual segments will be woven into it and you can freely tackle them in any order at any time thanks to the open-world nature of SV.

Each path will see the player dealing with a unique task, whether it be as familiar as challenging a region’s Gym Leaders or something new like helping another student gather mystic ingredients guarded by Titan Pokémon. Regardless of the task, players will be able to do whatever they want whenever they choose this time around—within reason—which should really make these segmented stories feel fleshed out and distinct.

New elements, an open world, and an overarching narrative the Pokémon franchise has never tackled before; here’s what you can expect from Scarlet and Violet’s Treasure Hunt.

All details on Starfall Street, Victory Road, and the Path of Legends story paths in ​​Pokémon Scarlet and Violet

Victory Road, Path of Legends, and Starfall Street are the three different paths players will travel during their time in Paldea. Each has its own cast of characters, specific focus, and what are sure to be challenges you will likely face more frequently while on that path.

The opening of the game should have you enrolled in a local school and learning about the region as a tutorial of sorts before the world opens up and everyone leaves on the Treasure Hunt. From there, you can seemingly hop on Koraidon or Miraidon and explore to your heart’s content. But what are you getting into when you decide to pursue one of the paths?

The naming here is on purpose since players will eventually need to reach the Paldean equivalent to Victory Road once they complete the region’s Gym Challenge.

The term Champion Rank is mentioned in this mode, so there might be some unique distinctions between Paldea’s Gym Challenge and those of other regions. It does seem like other areas of the game are harkening back to Sun and Moon frequently, so there could be a twist where the Pokémon League is not exactly run in a way fans are familiar with.

At least we know Nemona will guide you as a recurring character in this story path, along with the usual encounters with Gym Leaders and other important figures from across the region.

Delinquent students from across Paldea are causing a ruckus and interfering with the Treasure Hunt. The reasons are still unclear, but players will get involved in the antics of Team Star and have to deal with their biker gang-style approach to living.

It is unlikely Team Star is actually the game’s “evil” team, but rather a vehicle of sorts to get players through a story and build up to an eventual reveal, much like how the previous two Pokémon generations used Team Skull and Team Yell to hide the true villains initially.

We did get to see “Fire Crew boss” Mela leading the charge on a motorized stage of sorts in a trailer, but that name points to there being multiple “crews” for Team Star spread out across Paldea. And if that is the case, they are likely to each embody a different type and perhaps have different goals for their troublemaking.

Hopefully, there will be some depth to this story beyond just chasing down the bad guys and finding out their motives, but we can only speculate for now.

The most treasure hunty of the Treasure Hunt’s story paths, Path of Legends will have players teaming up with an upperclassman named Arven and traveling the region to collect rare ingredients known as Herba Mystica.

It isn’t exactly digging for treasure in the traditional sense, but the lore about Paldea and its customs should be the most pronounced in this section. And even if it isn’t, you will still encounter the Titans.

Titan Pokémon haven’t exactly received the full media breakdown yet, but from what was shown, they are much larger variants of existing Pokémon that are known to inhabit certain areas of Paldea.

This seems to pull from the Totem Pokémon mechanic from Sun and Moon, with players encountering these Titans as a kind of test or roadblock along the path to gather Herba Mystica.

How will the Treasure Hunt end?

Based on how Game Freak has handled Pokémon stories in the past and the similarities each of the three Treasure Hunt paths are showing, the easiest guess to make is that all three stories will weave back together in some creative way.

Once you finish one path, it is likely the game will push you to go and do the others you haven’t completed yet. This could just be a way to gatekeep the end game behind all of the content, but it is also a chance to really build out SV’s lore by giving players an actual narrative reason that evolves throughout the game to complete each path.

Koraidon and Miraidon will obviously be the focal point of whatever the game’s real ending is, as getting them early on as partners to ride around has to tie-in somewhere.

At a glance, it feels like Game Freak is melding many of the Legendary Pokémon-centric storytelling methods it has been using since Black and White together to provide more emotional weight to the Pokémon and characters within the region.

This should culminate in a climax structured more like Sun and Moon’s rather than Sword and Shield’s, but we will have to wait and see when the games release.