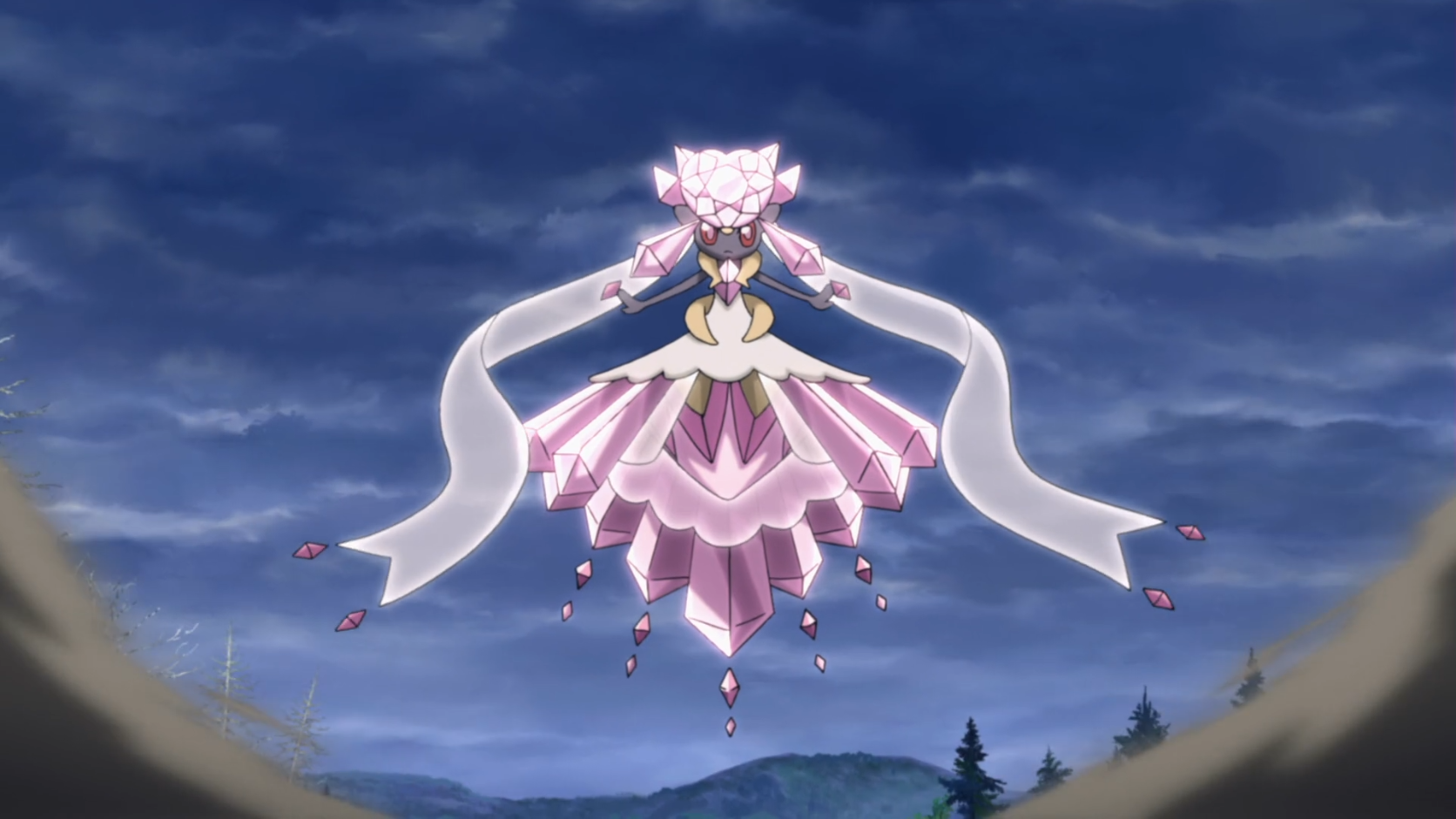 Even though the Fairy type is fairly new relative to the age of the Pokémon franchise, it has still made its mark due to the incredible and memorable Pokémon that make up the type.

The addition of the Fairy type shook up the scene of Pokémon. Not only were there new Fairy-type Pokémon added, but old Pokémon were also reclassified into Fairy types as well. Fairy types also single-handedly brought down the Dragon type and its population that was dominating the games in terms of viability and strength and made them more balanced.

But the Fairy-type Pokémon seen below in our list are here for a variety of reasons, including for their strength in-game, mesmerizing visuals, or overall impact on the Pokémon franchise as a whole.

Here are 10 of the best Fairy-type Pokémon, ranked from 10th best to best of all time.

List of the best Fairy-type Pokémon of all time

Gardevoir is a humanoid Psychic/Fairy type that a lot of fans have a deep affection for. Elegant and graceful, Gardevoir has a simple and effective design that speaks volumes.

It was one of the most powerful and hard-hitting Pokémon that you could get in the Generation Three games, and every player wanted one on their team. Back then, it was a pure Psychic type, and the addition of the Fairy typing to it from Generation Six onwards only made it more competitively viable.

Generation Six also gave Gardevoir a Mega Evolution that ups its visuals and in-game viability to the next level, everything that a Gardevoir fan could ask for.

Popplio was perhaps the most overlooked starter when the starter trio of Generation Seven was revealed. Litten and Rowlet undoubtedly stole the spotlight, but the same can’t be said for their final evolutions.

Primarina is a textbook example of a glow-up in Pokémon. People were highly skeptical even when Brionne was revealed, but Primarina turned out to be a happy ending, at least in terms of design.

In-game, Primarina has seen a lot of competitive usage as well, not to mention its dual-typing of Water and Fairy being one of the best, both defensively as well as offensively. Primarina hits hard and looks effortlessly gorgeous while doing so.

We’re glad that Ninetails decided to properly adapt to the Alolan climate and change into its new form because honestly, Alolan Ninetails is simply an upgrade from its Kantonian form.

While regular Ninetails was very pretty and admirable in its own right, Alolan Ninetails takes the base design of the Pokémon and does it so much more justice. The cold blue and white colors with the overall wispy and ethereal structure of the Alolan form work well with the design concept of a nine-tailed fox, making it much more visually appealing.

Zacian: Crowned Sword has a solid design and all, but the main reason it gets a spot on this list is because of its place in the competitive scene of Pokémon.

Zacian may not be too memorable in general, but if you’re talking about Singles, Doubles, VGC, and mostly every format in competitive Pokémon, Zacian absolutely dominates, owing to its optimal dual-typing, sky-high stats, broken ability, and incredibly convenient signature move in Behemoth Blade, in a Generation that introduced Dynamax.

Zacian is the strongest Pokémon to exist currently, which is something only a handful of Pokémon could say at any given point in time.

Being the mascot Legendary of Pokémon X, Xerneas is the first fairy-type Pokémon people were introduced to. The Fairy typing was and will always be synonymous with this beast of a Legendary Pokémon.

Xerneas has a very distinct and memorable design, its form and colors even changing when it’s engaged in battle and when it isn’t. Xerneas, the Pokémon of life and growth, is one part of the Aura trio and is the only known Pokémon that can calm Yveltal down when it is on a destructive rampage. Kindness is cool, kids.

Jigglypuff is not the strongest Pokémon or one that you’d want to have on your team to maximize your chances of winning a tough battle. Sure, Jigglypuff is a cute Pokémon and all, but the reason this little pink ball of fluff is so memorable is because of the anime.

The Jigglypuff that followed Ash and his friends in the anime loved to sing, but every time it sang, it put everybody to sleep. This angered Jigglypuff to no end, and it went on to scribble on the faces of everyone that fell asleep, each time it performed.

You would think that it would learn its lesson the first or second time everyone fell asleep to its song, but it kept on trying to perform for everyone and constantly got mad at the obvious outcome, which made the whole situation even more hilarious.

Unlike other Eeveelutions, Sylveon got a lot of the spotlight on itself during release. Firstly, it was a new Eeveelution belonging to the glossy-new Fairy type. On top of that, it was the only Eevee that wasn’t released as a duo or trio alongside other Eeveelutions. Lastly, it’s simply cute as heck.

Sylveon is said to be averse to battling and uses the ribbon-like feelers to calm Pokémon down during heated battles and promote peace and love around it. It also wraps its feelers around its trainer’s arms while walking, as it is able to read and stabilize its trainer’s emotions in this way. How adorable.

Unlike most of the other Eeveelutions, Sylveon has seen considerable usage in competitive Pokémon and doesn’t end up as detrimental to its team, which can’t exactly be said for its siblings.

The Guardian Deities of Alola are cool, there’s no doubt about that. They’ve got great tribal designs and are incredibly strong, with a mysterious backstory. Since they all have the secondary typing of Fairy, it would be criminal to not include them in this list. But since there are other worthy contenders fighting for a spot, we have only included the coolest among the four: Tapu Koko.

Cool, electrifying, whatever adjective you want to assign to it, Tapu Koko is simply punk rock. Being able to control electricity as well as pull off such an amazing mohawk, you would think it could pick up an electric guitar at any moment and start busting out some gnarly riffs. But come on now, it has more important stuff to do, like guarding Melemele Island.

Tapu Koko is also said to have a very short temper and will seek to destroy anything that manages to anger it. It is also likely to forget what made it enraged in the first place moments after. Even Guardian Deities can be goofballs, huh?

Ah, Mimikyu. There’s nothing that’s happy or uplifting surrounding the origins and backstory of Mimikyu, but that’s what makes this Pokémon so admirable and interesting, albeit pitiful.

Mimikyu is the ghost that resides under the weathered and badly-crafted Pikachu rag that it sports. Mimikyu itself made this rag because it is incredibly lonely, modeling it after Pikachu since it felt like others would be friends with it if it resembled the popular electric mouse. This only works to its detriment though, as Mimikyu’s Pikachu disguise ends up looking more creepy than anything else.

What’s even more heart-wrenching is that Mimikyu worked on this disguise to not only make friends, but also because whoever sees its true body is said to fall terribly ill, and even perish on the spot. Mimikyu is a good soul, and doesn’t want anyone to get hurt because of it, yet, it can’t make a single friend.

If someone breaks its rag, it will work throughout the night to patch it up. Since it struggles to do a good job, you can hear Mimikyu crying from the inside. Is anyone else shedding a tear right now, or is it just us and Mimikyu?

Fairies represent all things good and pure, and what could be more good and pure than an innocent little baby Pokémon that hasn’t even managed to fully come out of its shell? Children are unadulterated and honest, and the same goes with a Fairy-type baby Pokémon like Togepi.

Togepi was an iconic part of the anime in its early seasons. Ever since the Togepi egg that Ash found hatched, the first person Togepi laid its eyes on was Misty, and they turned into an inseparable pair since then. No, almost literally, Togepi was always seen wrapped tightly in Misty’s arms. Since Togepi was very weak and could not fight, it would mostly be seen wagging its arms and conjuring up a random move via Metronome, sometimes to hilarious results, and sometimes, terribly frightening ones, letting Togepi’s presence make a huge impact on the plot of an episode.

Unlike the anime, Togepi can be viable for battling in-game when playing in a format that only allows baby Pokemon. Slap an Eviolite on this thing and it can be a useful redirector with Follow me.

But that’s not why Togepi grabs the No. 1 spot on our list. Togepi is absolutely adorable, and is highly iconic to the franchise, its roots starting from the origins of the series with Togepi being synonymous with the anime, letting it claim the throne of the best Fairy-type Pokémon of all time.