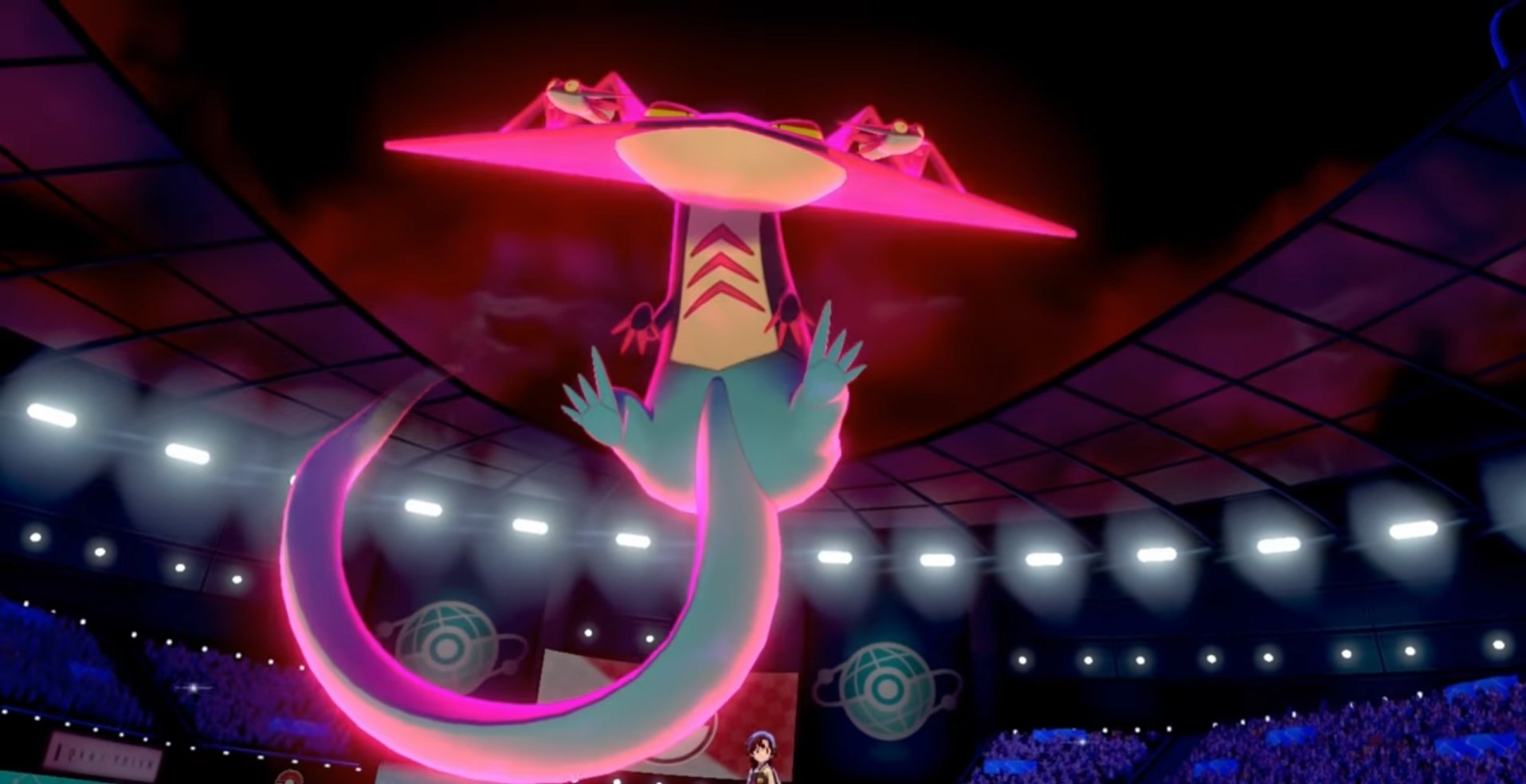 Dragon-types were the most powerful creatures in Pokémon for five full generations. But once Fairy-type Pokémon were introduced, a war started between the two for dominance in the competitive scene.

Pokémon Sword and Shield reset the bracket and gave the mythical lizards another chance after being beaten down over the last few games. And thanks to smaller roster size and a strong new addition, things are looking up for Dragons.

The shrinking roster thinned the herd and most of the Dragon-types that made the cut got some new moves that help fill the holes in their coverage. It doesn’t help them in a lot of head-to-head matchups, but at least Haxorus isn’t going to be a two-type hitter again.

And speaking of Haxorus, here are a few Pokémon that you can use to become a Dragon-type master—or at least use them to beef up your team.

Haxorus has always had one glaring weakness: its lackluster coverage brought about by a shallow move pool. But Sword and Shield slightly fixed that problem by giving it some deadly moves, like Close Combat and Crunch.

Like most of the surviving dragons, Haxorus is a pseudo legendary, meaning it has stats comparable to some legendary Pokémon and will hit harder than almost anything in the game. With average defenses, good speed, and a God-tier attack stat, you aren’t going to take down one of these things without taking a good hit first.

It also has some weirdly useful techs that it can have on a set since it’s still lacking a quality fourth coverage move. First Impression, Psycho Cut, or even a setup move can really sharpen this axe.

Just make sure you’re prepared to always have Poison Jab ready to go in case you run into a Fairy-type Pokémon.

While Haxorus is still more of a physical or nothing Pokémon, Duraludon is something of a multi-tool creature.

It can do pretty much everything well, except for outspeeding things or taking a hit from any special attacker. But it makes up for those weaknesses by boasting incredible defense and special attack, along with a well-above-average attack stat.

You can easily build a killer mixed-attacking set if you want, but just throwing Flash Cannon, Draco Meteor, and Thunderbolt on it is a serviceable set. Body Press provides it with a deadly Fighting-type option and if you really want to go all out, teach it Steel Beam, which is just a Steel-type Hyper Beam that deals recoil instead of requiring a recharge.

And feel free to Gigantamax it into a living skyscraper if you have the ability to do so.

Bulk and strong stats are always going to lead to a good Pokémon, and Goodra is the perfect example of that.

Goodra’s worst stat is its defense, which is still a 70 and can easily be covered up by dropping a few loose EVs (Effort Values) on it after you max out the other stats. It’ll tank any special attack in existence and come out ready to smack something in retaliation thanks to its massive 150 base that makes it a wall that hits back.

You’ll have a hard time finding a Pokémon with a deeper move pool, too. Goodra learns all of the main three techs—Ice Beam, Flamethrower, and Thunderbolt—along with others like Surf, Sludge Wave, and Power Whip. There’s no type matchup safe from a raging goo dragon.

The only downside is that it won’t be outspeeding anything that truly threatens it, so you might want to make sure you have a few safe swaps ready just in case.

If Goodra is the tank leading the charge, Hydreigon is the bomb that destroys the bunker.

This demonic dragon has a stat total of 600 like all of the others, but the way it’s distributed rivals more than a few of the best Pokémon in the entire game. There’s no base stat lower than 90 and it can take hits almost as well as it can dish them out with the right set.

It doesn’t matter what you have on the field, it won’t be walking away from a battle with this beast unscathed. The 125 base special attack will tear through any wall using moves like Fire Blast, Hydro Pump, Dragon Pulse, and Dark Pulse. The only thing Goodra has is a slightly better coverage pool, but the strength that Hydreigon has makes that point null.

Max special attack, max speed, and the rest of your EVs spread in whichever stat you want. Have fun sweeping.

If Hydreigon is the bomb, Dragapult is the bomber that dropped it on the bunker.

It rivals the speed of any Pokémon in the game and can easily outspeed just about anything with minimal boosts. It has average defenses, but its attack stat is 120 and ready to be used while throwing out weird techs like Psychic Fangs and its signature Dragon Darts attack.

And just like the last few entries on the list, it has maximum coverage with moves like Hydro Pump and Thunderbolt, giving it a lot of tools to use in any set. Dragapult is also part Ghost-type and has access to stab Phantom Force and stuff like Will-O-Wisp, too.

Just be careful because there isn’t a lot in its arsenal to hit Fairy-types with considering it can’t learn a single Poison or Steel-type attack outside of Steel Wing.