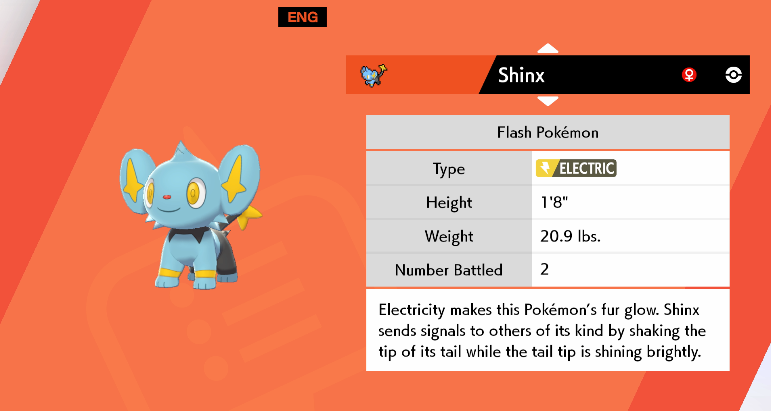 Shinx is one of many returning Pokémon coming to The Isle of Armor, Sword and Shield‘s DLC, and the species is highly sought after.

Shinx can be located to the North side of the Isle of Armor but can only appear during certain weather effects.

You will need to wait for it to be raining or thundering before it will appear in the tall grass, which means you might have to adjust your game’s time and clock accordingly to force the weather effect to occur.

Once you have that weather effect in the northern areas though, there should be plenty of them walking around for you to capture the adorable Electric-type.