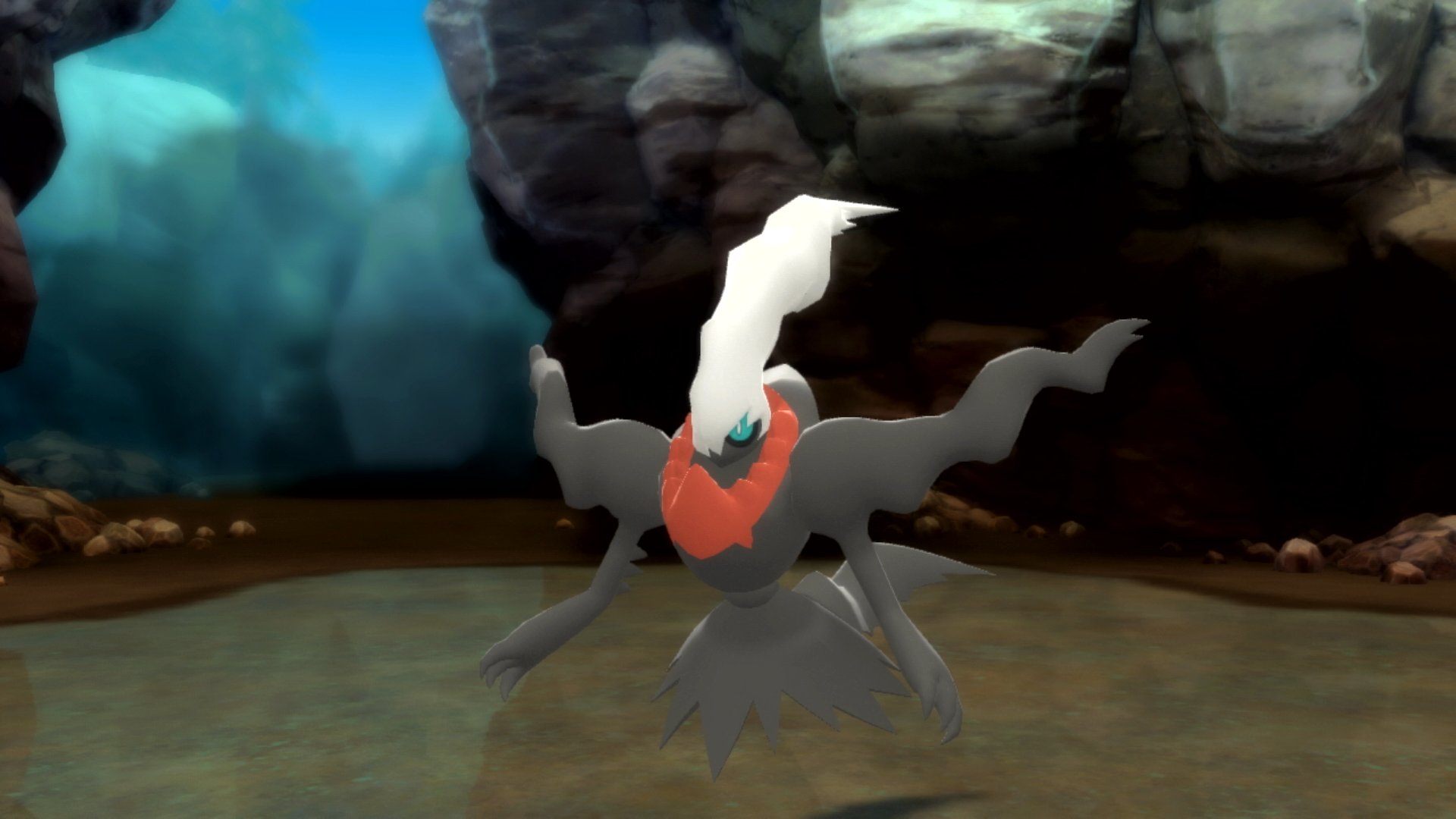 Darkrai, the Pitch-Black Pokémon, has the power to place anyone in an endless nightmare, tormenting them until they eventually succumb to their fate. This Mythical Pokémon and its fearsome power can now be encountered in Pokémon Brilliant Diamond and Shining Pearl, though successfully adding it to your team may be a difficult task.

Starting April 1, players can obtain the Members Card key item via the in-game Mystery Gift feature, which is required to eventually battle Darkrai. When accessing Mystery Gift, players should opt for the “Get via Internet” option and watch as the Members Card is added to the Key Items section of their bags.

With the Members Card in tow, head to the house above the Pokémon Center in Canalave City after defeating the Pokémon League, which has been locked up to this point. When entering the strange house, players will encounter a strange man that tells them they should get some rest, putting them to sleep in the house’s single bed. Players will suddenly be transported to Newmoon Island, the counterpart to Fullmoon Island where Cresselia can be found, complete with eerie music and a decrepit landscape.

Heading to the centermost part of Newmoon Island will lead players to a clearing with nothing but the Pitch-Black Pokémon, awaiting the challenge of those that dare to approach it. Darkrai will be fought at level 50 and have access to the move Hypnosis, which puts Pokémon to sleep. With its ability Bad Dreams, Darkrai will deal damage to sleeping Pokémon every turn, making it a difficult foe to overcome.

If players can successfully add Darkrai to their teams, they can level it up to level 66 to learn its signature move, Dark Void, which puts all opposing Pokémon to sleep. This inflicts Bad Dreams on all opposing Pokémon, taking Darkrai’s power of draining its enemies’ health to the next level.

Players that have successfully defeated the Sinnoh Pokémon League in Pokémon Brilliant Diamond and Shining Pearl can obtain the Members Card item via Mystery Gift starting April 1, allowing them to battle and catch the Mythical Pokémon Darkrai.