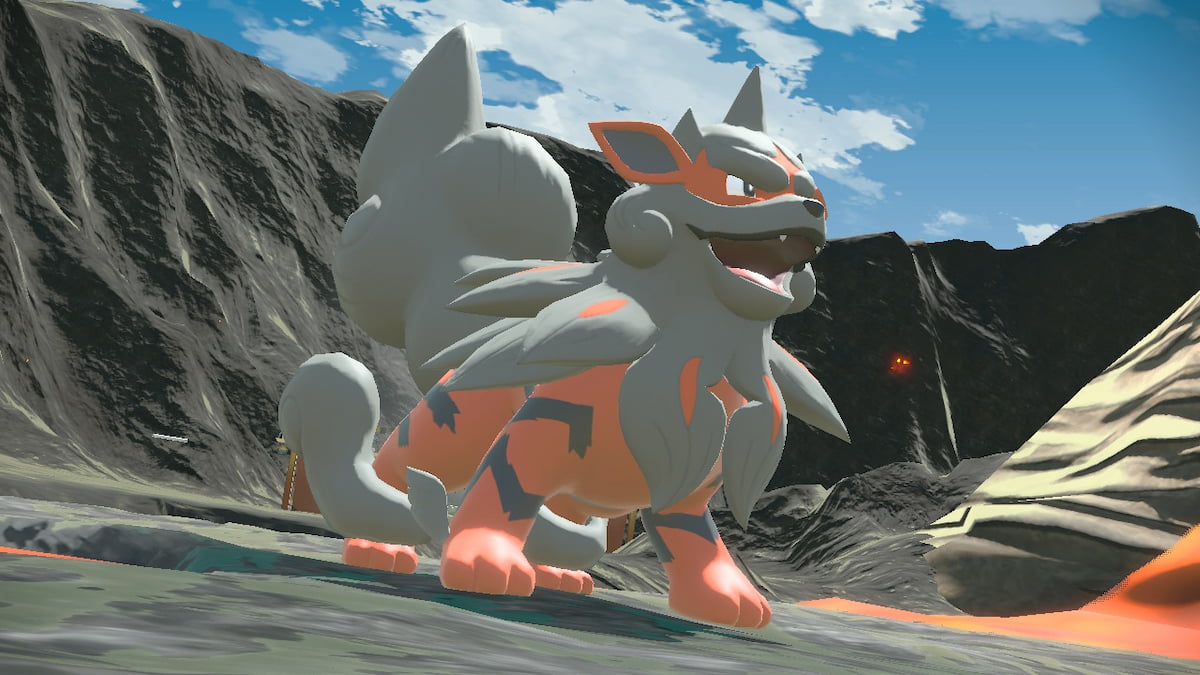 Dogs are known as man’s best friends, but in the colorful and playful world of Pokémon, dogs are diverse. Besides humans, all creatures in the Pokémon world are just Pokémon. Luckily, the franchise’s creators decided to make some Pokémon based on dogs, potentially making trainers’ lives more interesting than ever.

These dog Pokémon vary in type. Some could spit fire from their mouths, while some may be able to use rays of lightning when they fight off another Pokémon. There are also a handful of Legendary Pokémon, which are also canine-like, possess powerful abilities while standing with four legs, and can wag a tail.

But it’s not always about the abilities and skills, since some of these dog Pokémon are just being cute and adorable. Some of these can be worth catching because of their looks, like how a dog or a pup can charm anyone instantly. These can even make the trainer possibly get their buddy out of its PokéBall while exploring.

Here is our list of the best dog Pokémon, ranked according to their abilities, significance to the story, charm, looks, and overall impact on the community.

The Legendary Pokémon Zacian and Zamazenta are known as the Hero Duo, with the former being the mascot Pokémon for Pokémon Sword and the latter as the cover Pokémon for Pokémon Shield. They were featured as banner Pokémon for two mainline games in Pokémon, so they’ve already proven their significance to the franchise and are regarded as some powerful Pokémon belonging to the canine family.

Both of these Pokémon have a strong resemblance to a wolf, and they have proven to be a predator in battles as both Zacian and Zamazenta have an immense base stat total of 670. This goes up to 720 when they enter their Crowned Forms, making them dangerous beasts on the battlefield. Zacian is more focused on offense, while Zamazenta can tank strong damage hits.

Introduced in Generation Three, Mightyena’s name says it all. It resembles a hyena covered with black and gray skin, which greatly represents the Dark-type. It may not be your best option when you want an adorable dog based on looks, but you can utilize its fierce aura and excellent moves can be Pokémon battles.

Mightyena has been one of the most notable Pokémon used by Team Magma, one of the main antagonistic teams in the Hoenn region. Some of its moves can also be inclined to the canine category, such as Howl and Bite. Though if you want a more tame version of it, you may just opt to catch a Poochyena and take it on to your adventures while not engaging in a battle.

Only a few Pokémon have multiple forms, one of which is Lycanroc. This wolf-like Pokémon can enter either its Midday, Midnight, or Dusk form during these specified periods during a day. And this time-specific experience makes trainers more interested in catching a Rockruff turned Lycanroc.

Lycanroc is a Rock-type Pokémon and does not change its type even if it enters one form to another. Some of its signature moves include Crunch, Stealth Rock, and Stone Edge. Also, this Pokémon gained more popularity when the franchise’s poster boy, Ash Ketchum, got a Rockruff which later became a Dusk Form Lycanroc. It debuted in the episode called Rising from the Ruins!

Corgis’ looks are fascinating and adorable. Having a Pokémon based on this dig breed could truly be a treat, so Generation Eight introduced Yamper. This Corgi-like Pokémon with shades of light brown, white, and yellow can be a trainer’s buddy because of how it looks. Exploring the Pokémon universe with this cute companion by your side would be amazing.

Yamber is an Electric-type and evolves to Boltund beginning at level 25. Though its evolution is stronger and has its own charm as a dog-like Pokémon, Yamber could always win when it comes to cuteness and being a huggable buddy, thanks to its round body and fluffy fur.

When you first look at Stoutland, you will always know that Generation V’s Stoutland is a dog-like Pokémon. This Normal-type can often be found in towns where the weather is cold, which Stoutland can resist thanks to its large fur that covers most of its body, as well as its elongated mustache.

Aside from being capable of powerful moves such as Take Down, Last Resort, and Giga Impact, as well as its impressive base stat total of 500, Stoutland can do various things some dogs can do in real life. It includes its talent for rescuing people who are lost at sea or struggling with the blizzard in the mountains.

Just like Stoutland, you will know most of the time that Furfrou is based on a dog. This Normal-type dog could be classified as a dog being groomed to perfection because of its elegant fur that resembles a poodle. Furfrou is the only Pokémon that can enter a different appearance when you opt to change its hair among the nine styles available.

These styles are Star, Diamond, Heart, Pharaoh, Kabuki, La Reine, Matron, Dandy, and Debutante Trim. But aside from its looks that can change, Furfrou is also a viable option when it comes to battles. Its base stat total is 472, and it can use moves such as Take Down, Bite, and Sucker Punch.

Houndoom is a dual Fire/Dark-type Pokémon that can be considered one of the closest-looking to a dog. Houndoom can be your guard dog slash buddy who can terrify those who would try to invade what it is guarding. In terms of battles, Houndoom could be a great pick because of its astounding base stat total of 500, which goes up to 600 when it mega evolves.

Its Mega Evolution form levels up its looks, making it more menacing. Houndoom’s horns become sharper and longer, a white, bulky armor is being added to its chest, and its tail becomes more pointed. Some of Houndoom’s powerful moves include Fire Fang, Flamethrower, and Inferno. A handful of Houndoom also became significant in the anime series, such as the one owned by Harrison in the Johto League, which Ash faced.

Most of the time, bulldogs are depicted as guard dogs that instill anger and dominance in various cartoons, series, or movies. Granbull also resembles a Pokémon that looks as fierce and intimidating as a bulldog would be in real life, especially with its jaw that greatly emphasizes its comparison to the breed.

But despite its tough looks, Granbull belongs to the Fairy-type from Generation Six onwards. Before, it was a Normal-type, though it can still use attacks from both types, as well as moves from the Dragon, Ice, Fire, Electric, Dark, and Ghost types, making an offensive powerhouse. Some of its moves include high-damaging ones like Outrage, Play Rough, and Crunch.

Before you can get a Lycanroc, you must first catch a Rockruff, dubbed the Puppy Pokémon. In terms of stats and skills, your goal is to evolve it to Lycanroc. But if you want to keep a friendly buddy with the cutest charm a dog Pokémon can give, then Rockruff could definitely be your best option.

Rockruff gained more popularity when it became one of Ash’s Pokémon in the series. Ash’s Rockruff debuted in The Guardian’s Challenge! which later evolved into a Dusk form Lycanroc. It can also remember a certain odor over a period of time, making it a viable Pokémon in explorations and adventures, especially if you need to look for something specific.

Topping our list of the best dog Pokémon is none other than Arcanine. There is no question about this Pokémon taking the top spot since its name says it all.

Arcanine is the only Pokémon so far with canine in its name. That alone speaks that this Pokémon is the true embodiment of canine creatures in the franchise. Its looks completely resemble what a dog Pokémon could look like while carrying the fierce, triumphant vibe. Arcanine has the friendly, loyal, and guard aura a dog shows most of the time.

In terms of combat capability, Arcanine is impressive. It has a base stat total of 550, listing an attack stat of 110 and a special attack stat of 95. Some of its powerful moves include Burn Up, Flare Blitz, and Extremespeed. An Hisuian Arcanine is also available when exposed to a Fire Stone, making its looks fluffier but menacing. Overall, Arcanine’s loyalty proves it to be the closest comparison to a man’s best friend and the best dog/canine-like Pokémon ever to exist.