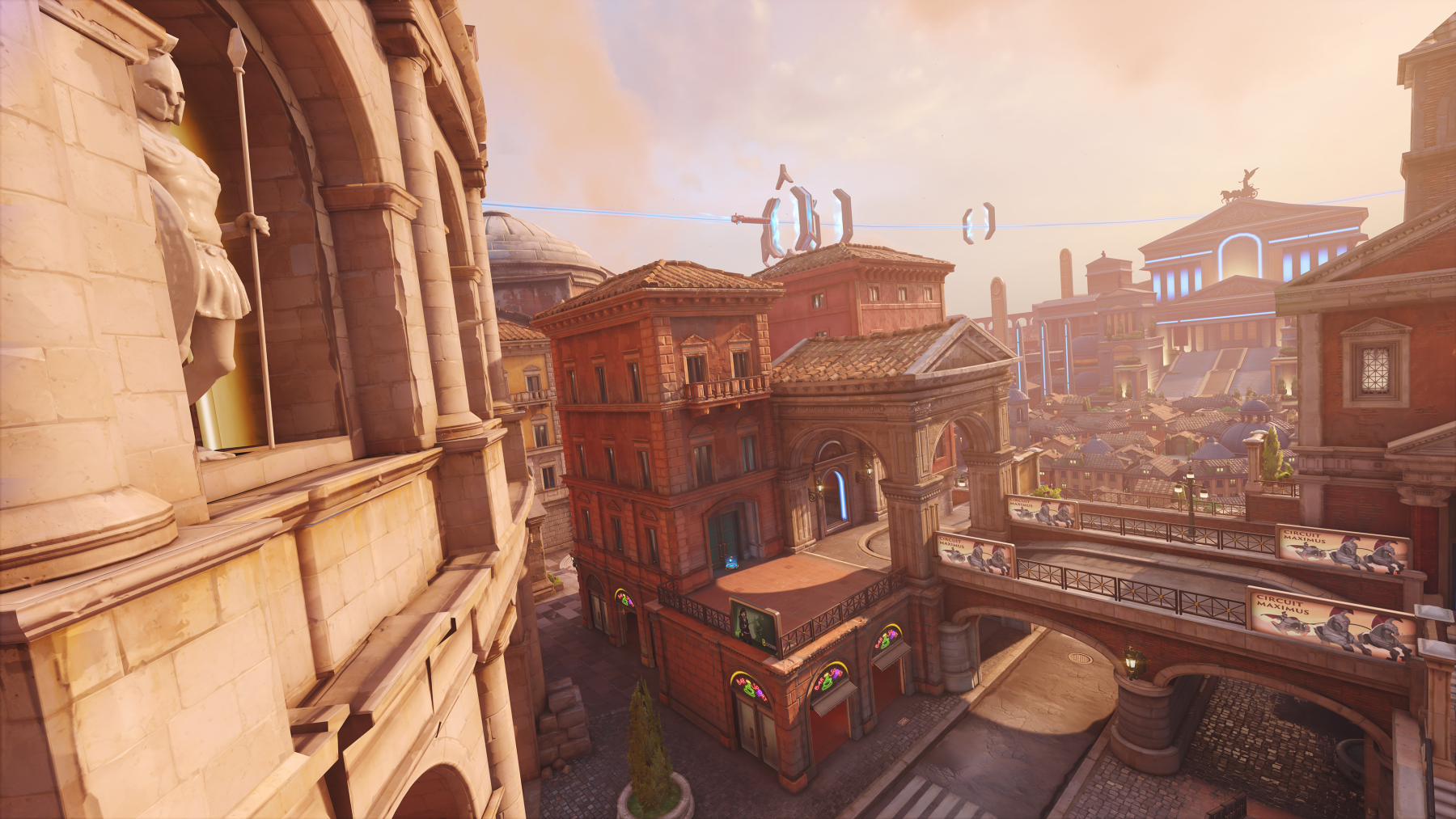 Most people consider Italy to be the perfect vacation destination: a place to relax and sip some wine. Overwatch 2 developers once again threw this idea out the window, having not caused enough chaos with Rialto, and gave us the sprawling Roman ruins of Colosseo.

The game’s second Push map, alongside New Queen Street, takes players to an area as full of beautiful art as it is of dangerous bridge defenses and suspiciously open verandas. Along the way, players will get to see the sights for free as they cause irreparable damage to centuries-old stone. Here’s everything you need to know to take Colosseo by storm.

Players begin their Colosseo adventure in one of two spawns, both of which look like the kinds of art museums that require you to be dead silent at all times. Though you can’t tear up the art the way you can in most Overwatch map spawns, the individual pieces are great at showing off the level of detail achievable with the sequel’s fancy new game engine.

Outside of each spawn is a large metal circle that indicates the end of the map for the opposing team. Also directly outside each spawn is a storefront with various areas to take shelter in during a final defense if necessary.

The Push mode’s friendly robot, T.W.O, is always placed at a point that’s directly in the middle of the path between both spawn points. Here, he starts out in the titular Colosseo, surrounded by ancient pillars and aging facades. It takes 30 seconds for the robot to unlock and, in that time, players will likely be able to stage an entire fight in the surrounding area.

Colosseo’s hallways open up at various points to the outside area, giving both sides of the attack tons of ways to stage an assault. This creates one of the most exciting points in the entire game; interesting clashes almost always result. Eventually, though, one side will get T.W.O. out of the colosseum itself and move on to the rest of the map.

Immediately after leaving the ruins, players will try to coax T.W.O. towards the next checkpoint, which will unlock a forward spawn for the pushing team. Both checkpoints are located on small hills that bend into a U-turn; mastering the verticality of the map is critical here. Before teams can get to individual checkpoints, they have to push past beautiful, but annoying bridges that give their enemies an excellent chance to stage a tough defense.

Once teams clear the dreaded hill, they’re on the road to victory in the final third of the map on each side. Colosseo really opens up here, no longer demanding fights in hallways or tunnels, but asking teams to duke it out on relatively open verandas with lots of cover in stores and shops. Without completely dismantling the Italian streets (hopefully), players can then push T.W.O. into his destination, back at the towering buildings that house beautiful art.

Of all the new maps included in the Overwatch 2 beta, Colosseo feels like the one that will demand the most hero switching because of its vastly different areas. It’s also the map that feels like it would benefit the most from a chaotic composition, thanks to all of the different places players can stage attacks from.

The initial colosseum section is great for heroes that do well in small areas, like Junkrat or Brigitte, as well as those that can dart in and out of the ruined halls. Once that part is over, though, the map turns into a vertical nightmare thanks to the bridge and the U-turn hill that houses checkpoints. The same heroes could be good here if they use the stairs, but mobile heroes like D.Va or Hanzo could do serious damage going from level to level.

Colosseo’s final third made of large verandas with various places to take cover truly feels like a free-for-all map. It could be helpful to switch to shield heroes like Sigma or Reinhardt here to stage a full defense alongside a Bastion or Torbjörn. Snipers that aren’t bothered by the chaos can also get a lot done in these final pushes.

While Colosseo is much less prone to hard defenses that keep a team stuck in spawn in comparison to, say, Circuit Royal, the hill and bridge areas of the map are the toughest to overcome. Much of your team’s energy will be spent climbing and dropping down, so throw those ideas of linear attacks out the window before you lock this Italian map.