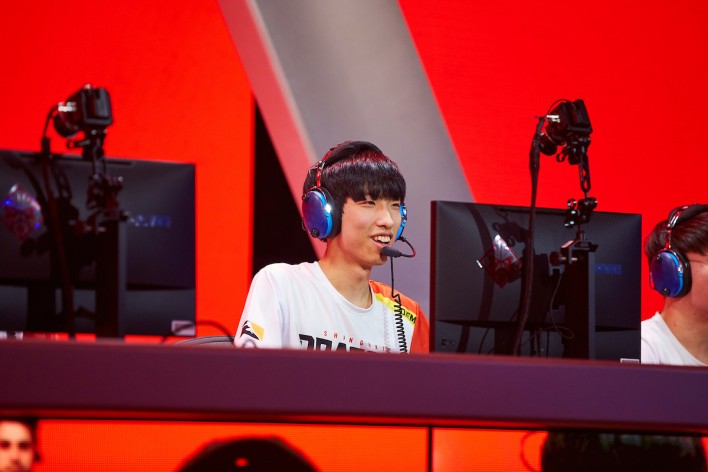 Overwatch esports saod farewell today to one of its most mechanically gifted players to early retirement.

Bae “diem” Min-seong is hanging up his mouse and keyboard due to personal issues and a strong desire for some healing time.

His last team, the Shanghai Dragons, released a six-part farewell series on Twitter honoring his time in the Overwatch League as one of the faces and ambassadors for their organization.

Diem will leave a lasting legacy behind him after he departs. The hitscan specialist brought success to every team he played on, claiming seven championship titles across his four-year career. In fact, diem rarely failed to finish outside the top three in any tournament he had ever participated in according to his Liquipedia page.

It will be his back-to-back All-Stars Widowmaker 1v1 titles in 2019 and 2020, however, that will remain as his career-defining moments. The All-Star event showcased not only his supreme gift for clicking heads, but his more personable side, which helped garner him a cult following of fans after the showcase.

Diem wrote a short letter to his fans upon announcing his retirement, stating that he hopes everyone will forgive him.

“I entered the public eye at a young age and although it hasn’t been smooth sailing the whole way, I still put up building blocks my way, and somehow I had managed to build them up a really high way,” he said.

Diem wrote that he was beginning to feel nervous that he may fall from the high tower he had built. He mentioned so-called fans slandering him, health issues and a need to rest and heal.

The Shanghai Dragons seem to be having some kind of internal restructuring going on at the moment, with two of their DPS players Erster and Diem announcing retirement as the organization simultaneously announced their replacement signings. Earlier this week, Overwatch veteran WhoRU was signed to the team.