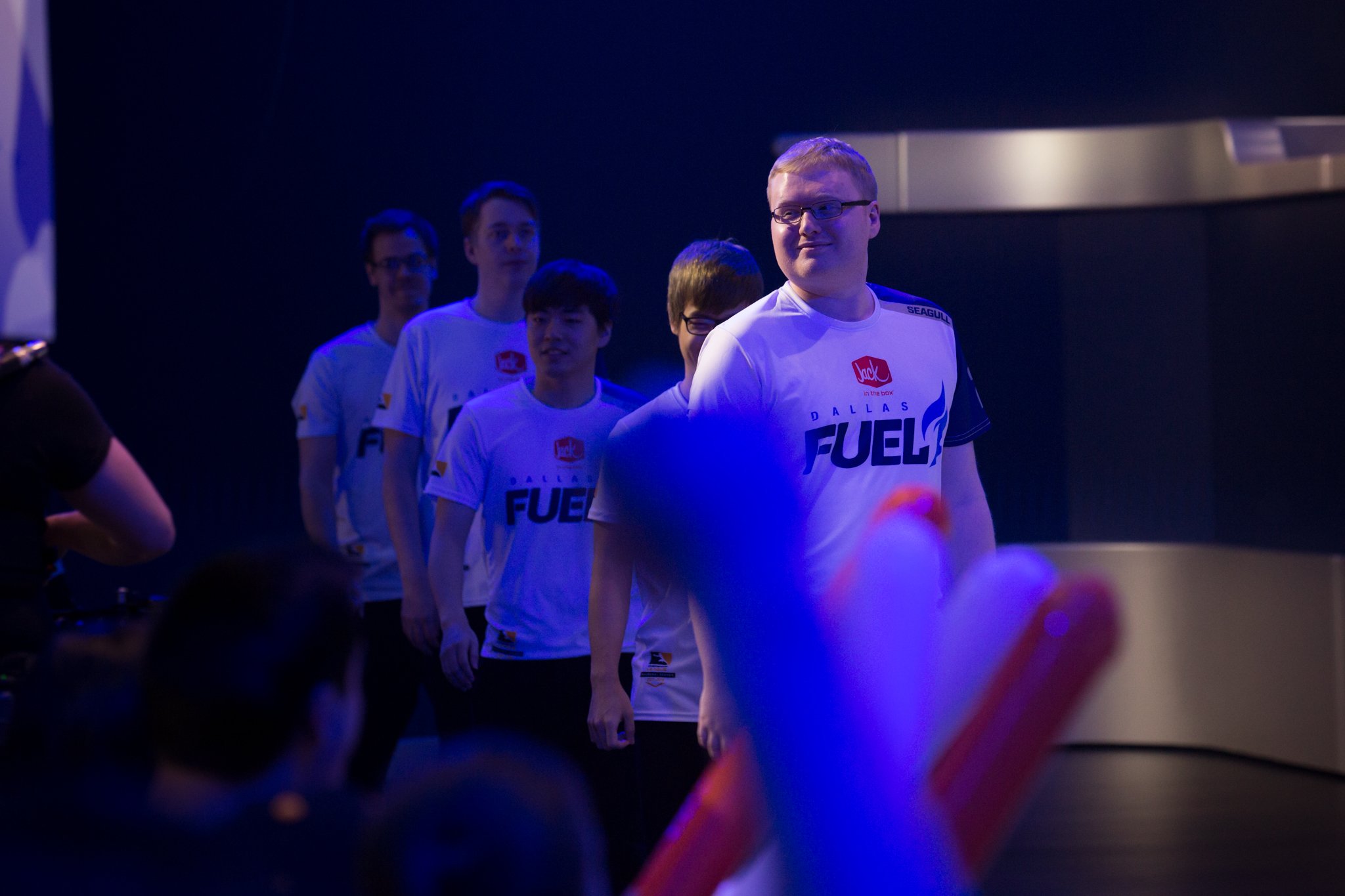 Shanghai Dragons looked like a different team when they took the stage on Feb. 7 to face Dallas Fuel. On Eichenwalde, the first map, Shanghai showed improved teamwork—most notably, their tank line and supports seemed to struggle less than they typically have. That’s due, in part, to Shanghai’s support players staying alive and showing discipline with their ultimates.

The Chinese team showed that they have flexibility and execution during the first map—something they haven’t shown before. They have a lineup that can play a wide variety of heroes, though their execution isn’t always ideal, which is why they’re reportedly bringing in a group of South Korean players to help out. Shanghai may be the worst-performing team in the Overwatch League thus far, but their debut on Feb. 7 showed there’s room for growth, especially when their new players debut in stage two.

Dallas seemed to crumble under Shanghai’s aggressive push on Eichenwalde, led by Lu “Diya” Weida on Pharah. Diya found clutch positioning above Eichenwalde’s towering buildings, keeping Dallas clueless as to where he was shooting off to next. Where Shanghai had the flexibility, Dallas had the execution. The team plays very well at certain aspects of Overwatch, but look like a different team in other scenarios.

The Texas team looked lost without Hwang “EFFECT” Hyeon, who was absent from the team’s first map. EFFECT is typically an important part of Dallas’ DPS lineup, and it was surprising to see the team hop on stage without him. We’d later learn that EFFECT would not be substituted in for the rest of the team’s Overwatch League matches on Feb. 7 due to “personal reasons.”

Despite playing without EFFECT, Dallas did capture the three points that Eichenwalde gives, just like Shanghai. But because Shanghai forced Dallas into overtime during the Texan’s push, Shanghai only had to capture less than a tick to win the map—and they did.

A computer issue on the side of Dallas delayed the next map, Horizon Lunar Colony, for a few minutes while the issue was fixed. When Horizon Lunar Colony did begin after the delay, Shanghai once again looked strong, taking both points in a steady push. With Dallas on attack, Shanghai kept Dallas at point A for some time, though their instance in keeping them there was ultimately what did them in. It was a long hold at point A for Dallas, but Shanghai, perhaps, got a bit sloppy thinking they could full-hold the Texas team.

Misused ultimates allowed Dallas to create a massive snowball push through point A and straight into point B, which they captured with minutes left on the clock. Despite the struggle for point A, Dallas headed into the tiebreaker with the time advantage, and took the map.

That snowball of a push kept rolling into the next map, Oasis, where Dallas continued to blitz Shanghai.

Shanghai’s strength appeared to be their coordination on payload maps, which is where Shanghai tied up the series and pushed Dallas to a series tiebreaker. But the next map, Lijiang Tower, put Dallas with the advantage—they just look really dang good on control point maps.

It wasn’t surprising that Dallas then took Lijiang Tower 2-0, to up the series score to 3-2.

Neither Shanghai or Dallas can make it into the Overwatch League’s stage one title matches, which are scheduled for this weekend. But the league isn’t even close to finished, with plenty of more stages coming. Map score will continue to matter as the Overwatch League rolls on and the first season’s championship title is still anyone’s for the taking.