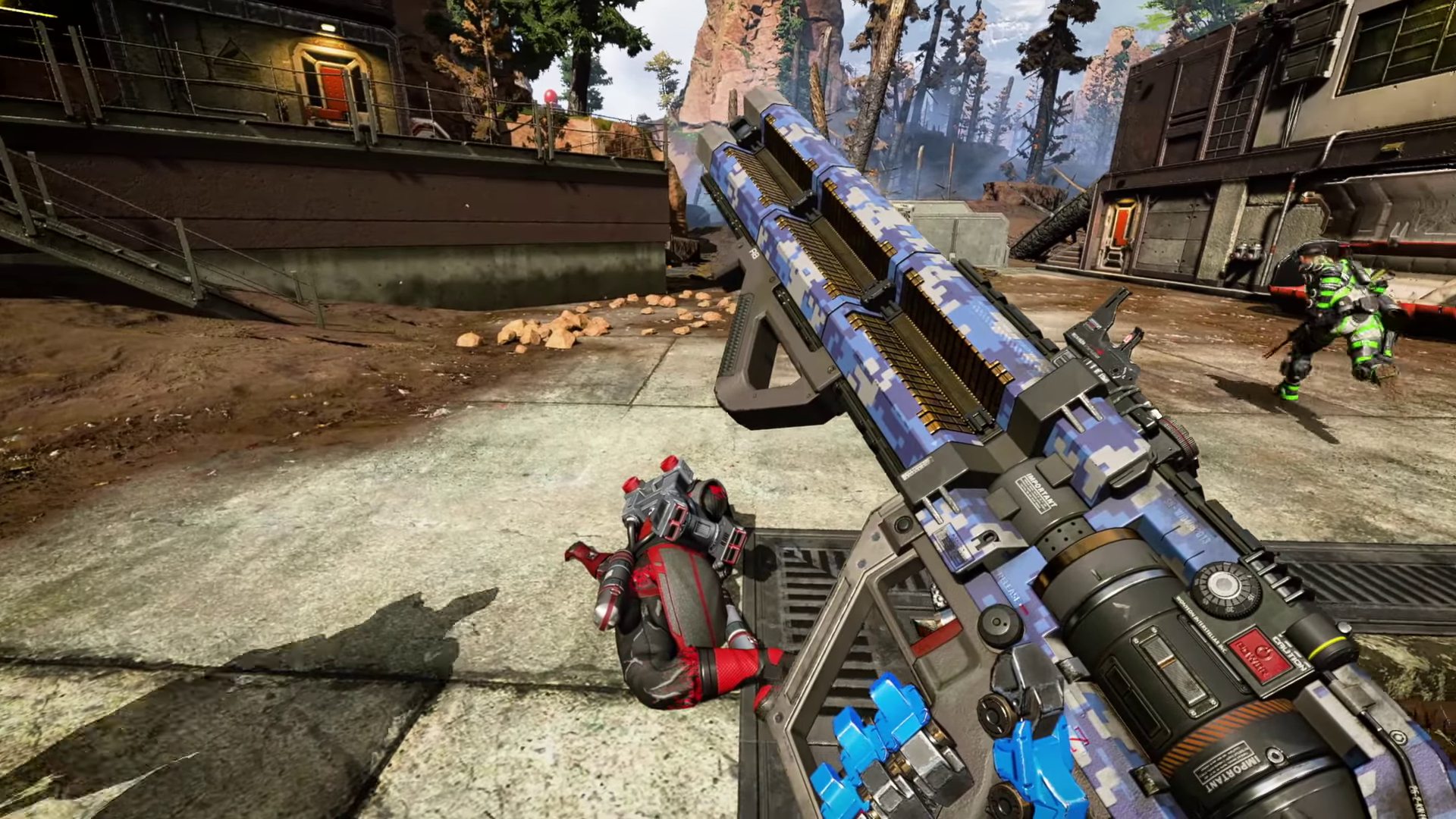 Do you find that opponents are killing you immediately, even though you both are carrying the same weapon into the fray? This might be because of hop-up attachments. These small items might seem innocuous, but when they come together with the right gun at the right time, it could be the deciding factor between another loss or a coveted win in Apex Legends.

Hop-up attachments alter a specific gun’s mechanics and effectiveness. There are four types of hop-up attachments that each work with two different guns, as of now. When equipped, these attachments do various things, like alter a gun’s rate of fire or how much damage a headshot does.

This nifty add-on is one of the sought after hop-up attachments in the game for shotgun and sniper lovers alike. The name of it tells you what it does: It chokes the bullets, reducing the spray and making each shot pack more of a punch.

With the Peacekeeper shotgun, the attachment allows the player to charge up how focused the shot will be. The longer they’re aimed down sights, the more concentrated the shot will be. This makes sneaking up on an enemy and getting the first shot a great method to start out a gun fight. The downside is that it does take some time to charge up the focus and the player’s movement is drastically slowed down while aiming down sights.

The other gun that the Precision Choke works with is the Triple Take energy sniper rifle. The Triple Take lives up to its name, shooting out three bullets with each shot. This makes it ideal for sniping running targets.

The Choke works in a very similar fashion with the Triple Take as it does with the Peacekeeper. The longer you’re aimed down sights, the closer together the three bullets are, making each shot count much more.

The negative to using the Choke on either of these weapons is that while the spray of both these guns becomes less, the accuracy of the player has to become better. If the player misses a shot with either of these guns, then they’ll have to wait for them to rev up again to get their next potent shot off. This is arguably the only hop-up with a downside, but if the player has good accuracy, it could make them unstoppable.

Unlike the Precision Choke, the Skullpiercer hop-up doesn’t really have a downside and isn’t too complicated to understand. This attachment works with both the Wingman heavy pistol and the Longbow heavy sniper rifle—and it does pretty much the exact same thing for both. This attachment boosts the headshot damage when equipped. Without it, headshot damage is usually 200 percent damage.

For the Wingman, the Skullpiercer increases the headshot damage by 25 percent, while it improves the Longbow’s headshot damage by 50 percent. Since there really is no downside to equipping it, if you’re using one of the two compatible weapons, make sure to pick it up quick and start blasting some heads.

This nifty little hop-up is used to allow a gun to fire differently than it could before—but it works shockingly different depending on which gun it’s put on. The Selectfire Receiver works with the Prowler heavy submachine gun and the Havoc energy assault rifle.

When used with the Prowler, this attachment allows the weapon to be switched from burst fire, only shooting five shots at a time, to fully automatic. While this might not seem like a big change, by equipping this, a player can make the Prowler drastically more effective in close to mid-range firefights.

This hop-up also changes the way the Havoc fires. When equipped, this attachment changes the Havoc from a decent assault rifle to a high-power chargable laser beam. Similar to a sniper rifle, the Havoc, when used with the Selectfire Receiver, fires one concentrated beam dealing a single hit of decent damage. If the player wants versatility in their loadout, the Havoc could be a good choice for them.

It also allows the player to switch back to the regular fire setting on both guns if they so choose, so there isn’t too much of a disincentive to use it with these weapons.

Turbocharger is the only Legendary hop-up, making it hard to find on the battlefield. But what it provides might be worth the search.

This hop-up takes away the rev up time for both the Havoc and the Devotion. The Havoc’s usual warm up time before it fires is nonexistent, making sure the player is ready to get in the fray at a moments notice. For the Devotion, the Turbocharger makes it so the fire rate is 100 percent ready from the moment that the trigger is pulled. This makes this particular hop-up a must have for users of these weapons.

For more information about the best guns to use in Apex, check out this weapon tier list.