The odds of your survival depends on multiple factors while playing Apex Legends. While you’ll need to master all the necessary in-game mechanics to rise above the rest, you’ll also need a good understanding of which weapons perform better than the other available options.

There are many guns in Apex, but some naturally outperform the others. Throughout multiple balance patches, some guns gradually become better than other alternatives at what they aim to do. Finding these weapons and using them throughout a match will increase your odds of surviving and becoming an Apex champion.

The guns at the top of the food chain continuously change, however. Respawn Entertainment adds new guns to Apex alongside further adjusting the existing weapons’ stats. This means that there’s often a shift in power rankings with every balance patch and season. You must keep yourself up-to-date and adapt to the new strategies that emerge after game-shifting patches.

The following guns have been performing relatively well throughout the latest Apex patch. Make sure to hold on to attachments that you can use on any of them since you never know what you loot off an enemy player after you knock them out.

Here are the best weapons in Apex Legends. 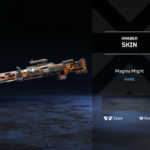 The Kraber has been the best sniper rifle in Apex for a while, and it looks like it’ll stay that way. The gun hasn’t received any major nerfs in the recent patches. It can only be found in care packages.

If you can’t seem to perform well with sniper rifles, you should still pick it up or at least ping your teammates to make sure your squad gets to harness its power. Every successful headshot with the Kraber will be enough to secure kills or knock down opponents. Even bullets that miss the head are powerful enough to reduce your enemies’ health points (hp) down to 20 percent, allowing you to finish them off with your secondary weapon.

We recommend completing your loadout with an assault rifle or a submachine gun (SMG) since you may not always get that second chance to shoot with your Kraber.

The Devotion was out of control during season five. Though the gun was only available through supply drops, it’s off-the-chart damage rate, and easy-to-control recoil made it a nightmare to deal with.

The gun was nerfed slightly during season six, but didn’t receive and stat changes in season seven. It returned to the map as a regular drop with its reduced damage and increased recoil, but it still wasn’t enough to make it less powerful. While the nerfs were well deserved, it actually made the weapon more powerful in the process since it’s now easier to find one.

The number of Devotions on the map were limited before, but now they’re quite common to come by. If you can handle its recoil, the Devotion is still one of the most powerful guns in Apex.

The Prowler was already catching the eye of many Apex fans during seasons six and five. The gun was more potent than most players anticipated, and it looks like the Apex devs were feeling the same way. Prowler became a supply drop-exclusive weapon with season seven, and finders will definitely be keepers.

Prowler can now be found with a Selectfire Receiver and its new upgraded magazine that can hold up to 35 bullets. Considering it comes with 175 extra shots, you’ll be able to pick it up and wreak havoc even if you haven’t been collecting its respective ammo type.

It’s relatively easy to control this SMG due to its low recoil, turning into a laser beam in close-quarter skirmishes.

The R-99 is another weapon that returned to the regular loot pool in season seven. Though the gun was nerfed before returning to the map, its wide availability meant the nerfs were more than welcomed.

The reduced magazine size will force you to be more on point since missing a couple of shots can give your opponent a chance to knock you out. The R-99 returns back to its old days with a couple of attachment buffs, and it’s one of the weapons that you’ll want to keep unless the zone is closing in a way that’ll force you to take long-distance fights.

When it comes to shotguns, the Peacekeeper had the field dominated for a long time. Then the Mastiff came along and shook its throne. Despite undergoing numerous changes and nerfs, the Peacekeeper eventually took back its spot as the best shotgun, but it’s now more difficult to find on the map. The gun became a supply drop exclusive in season five and has been that way ever since.

Even if you have a fully-kitted Mastiff, you’ll always want to switch to the Peacekeeper due to its raw power. It’s the ultimate finisher weapon that you’ll always be able to rely on in fights.

The Wingman’s hop-up collection continues to grow. Now that players can use the Quickdraw Holster with the gun, it remains one of the deadliest weapons in the game. The Wingman is a top-tier weapon, but it can also easily be listed on the bottom of anyone’s list with a bad aim.

Hitting your shots with a pistol requires a perfect level of accuracy. If you have a pinpoint aim, then you can outgun anyone on the map with a Wingman. Combining it with an assault rifle is usually the way to go for utility purposes, but you can also try SMGs to increase your close-range effectiveness. 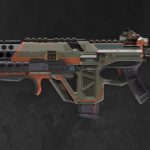 SMGs are usually under high demand and you shouldn’t be surprised if you can’t find a Prowler or R-99 on the map. Based on stats, the Volt could be considered as the best SMG in Apex, but it’s ammo type raises some questions.

Volt uses energy ammo, which means that you may run out of it too quickly if you’re pairing it up with a Devotion. If you’re using any other primary weapon that uses a different ammo type, then Volt will be an excellent pick to pair them. Its low recoil and high damage per second will ensure that you won’t run into any troubles in close-range fights. Energy ammo is also harder to find around the map and you can carry less of them compared to other ammo types in the game.

Your chances of finding a Peacekeeper will be significantly lower than getting your hands on a Mastiff. The bullet spread is a gun mechanic that you’ll need to get used to with shotguns. If you’re aiming for the head, most of your bullets may not hit your opponent, but it’s not really the case with the Mastiff.

The Mastiff features a somewhat horizontal bullet spread, meaning if you target an enemy’s upper chest, most of the bullets will be connecting. The gun’s a powerful alternative until you get your hands on a Peacekeeper and can feel better to players who prefer using shotguns instead of SMGs.

The R-301 Carbine is the ultimate all-rounder of Apex. It isn’t the best at anything, but it’s decent at everything. Finding one during the early stages of the game can help you survive a hot-drop.

Most players will be on the lookout to replace it with something better as soon as possible, but there’s nothing wrong with keeping going with your trusty R-301 Carbine. Just make sure that you pick your fights carefully during the late game since you may be facing players with supply drop weapons. 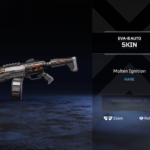 The EVA-8 is a highly situational shotgun. It may hold up on its own during the first minutes of a match, but you’ll need a Double-Tap hop-up if you want to keep using the weapon toward the mid and late-game portions of the match. Players that can handle a little bit of kick and recoil should be more than fine with the EVA-8 Auto.

You can have an excellent aim, but you can still struggle to keep the VK-47 Flatline under control. That being said, the damage output of the weapon can help you look past its shortcomings.

Despite being tough on the control, the VK-47 Flatline can shred through any enemies as long as you’re hitting your shots. If you’re playing with your friends and would like to avoid using the same type of ammo, it means one of you will need an early alternative to use heavy rounds as ammo.

If you aren’t a Wingman specialist, your best bet will be picking up a VK-47 Flatline since it’s much stronger than other alternatives like the Hemlok Burst AR and the M600 Spitfire.

Apex has many other weapons, but the ones listed above were powerful enough to make the cut. It doesn’t mean that the others are nowhere close to these ones in terms of power, however. Any gun that wasn’t included on our list can still shine in niche scenarios or in the hands of players who master them.

We recommend hitting the practice range and getting a feel for each of these guns before you start using them in a real match.