Titans Uro and Kroxa emerge in Theros: Beyond Death

Hone the power of a titan. 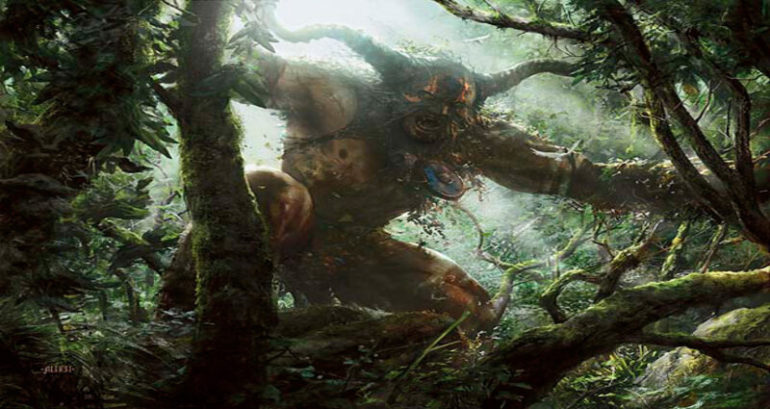 Titans were the original powers who ruled the plane of Theros. Two of those titans, Uro, Titan of Nature’s Wrath, and Kroxa, Titan of Death’s Hunger, were finally revealed today after being teased with the Theros: Beyond Death (THB) spoiler The Binding of the Titans. And both are designed as a callback to Magic: The Gathering titans in the M12 set.

Upon entering the battlefield, Uro, Titan of Nature’s Wrath gains a player three life and draws a card. It also allows the caster to put another land onto the battlefield. With a CMC of three, one Blue and one Green, Uro’s ETB effect is essentially a mashup of Revitalize and Growth Spiral.

But it also has Escape, allowing Uro to return to the battlefield with its triggers once again while remaining as a 6/6 legendary giant. And its Escape cost is relatively easy to cast with the Enchantment-Saga, The Binding of the Titans, which just happens to curve into it.

Kroxa, Titan of Death’s Hunger is slightly different from Uro, Titan of Nature’s Wrath. Upon entering the battlefield, and when it attacks, an opponent must discard a card from hand. If they have no cards in hand or discard a land, Kroxa deals three damage to the opponent’s face.

Kroxa has a CMC of two, one Red and one Black. It fits right into the existing Jund Sacrifice deck, triggering Mayhem Devil and Krovold, Fae-Cursed King when it’s sacrificed. And it’s Escape cost is easily fueled by the Enchantment-Saga, Tymaret Calls the Dead, in a Rakdos Constructed or Limited build.

Kroxa doesn’t ramp or gain life like Uro but it does force a player to continually discard when it attacks. It also has great synergy with removal spells like Fling and Domri’s Ambush. And both titans can combo with Thassa, Deep Dwelling who can flicker them for even more ETB triggers.

Test out the titans and unlock their full potential when Theros: Beyond Death releases digitally on Jan. 16 and officially via tabletop on Jan. 24.